Las Vegas is about to be home to a vegan butcher shop.

NoButcher is slated to open in early fall. It will be the first store of its kind in Las Vegas and make Sin City one of the few in the country that has a plant-based butchery, Vegans, Baby reports.

NoButcher’s products are already served around town at various vegan and non-vegan restaurants. Cafe No Fur, Vegan Bliss, and 24-hour vegan-friendly bar No Regrets are some of the establishments that have offered its plant-based food.

“We started out not really knowing which direction the business would go. For the first year we sold mostly wholesale, tested and perfected our products, and got a feel for what our customers want,” co-owner Alecia Ghilarducci said to Vegans, Baby. “After our vending at festivals and pop-ups we realized that we love the face-to-face interaction so we needed to open our own shop.”

As well as vegan meat and cheese, specialty salads, coleslaw, and other classic deli dishes will be available.

“We’ll also have a selection of signature NoButcher sandwiches and specialty sandwiches made to order available for dine-in, take-out, and drive-thru,” Ghilarducci said. 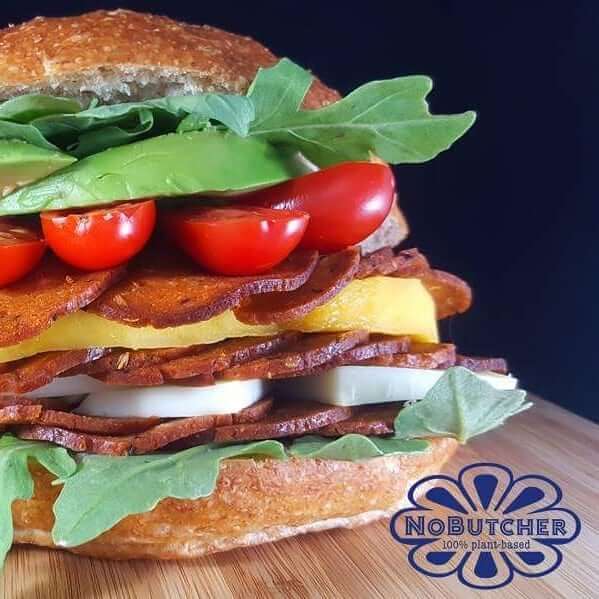 A small market area will sell snacks like spiced nuts, dips, and sweets.

The shop will seat around 20 guests and will be located centrally, however, the exact location is being kept under wraps at the moment. NoButcher will open for lunch and dinner initially, and after settling, it will open for breakfast.

A butcher in England recently admitted that meat-based butchery is a “dying art.” In the last two decades, the number of butchers’ shops in the UK has declined by around 61 percent.