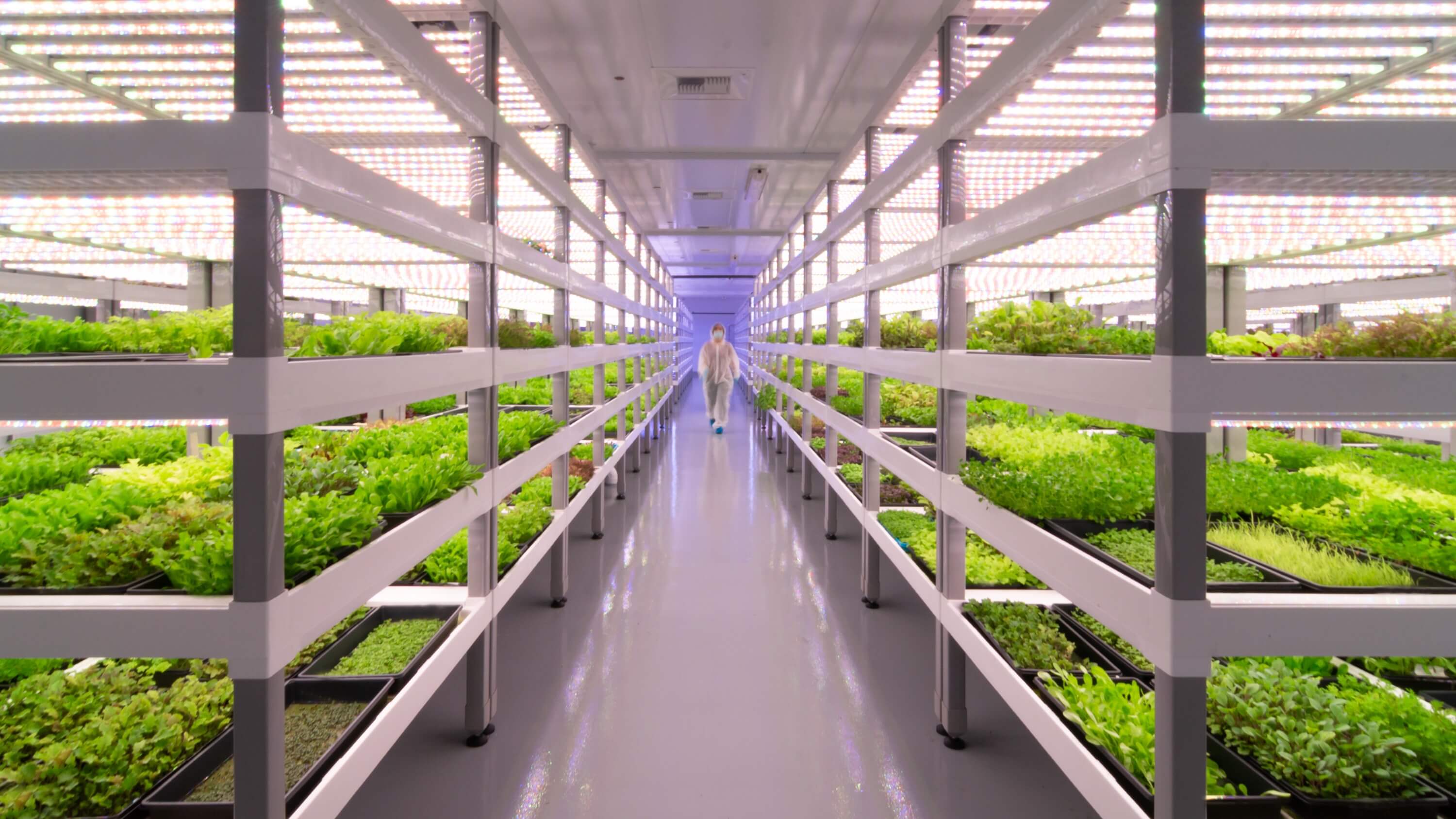 A new indoor vertical farm is on a mission to supply the Las Vegas restaurant scene with fresh, locally-grown sustainable crops.

Oasis Biotech, the new vertical farming facility, uses LED lighting technology to grow non-GMO, pesticide-free crops, such as arugula, green sorrel, and romaine, which are planted by tweezer one seed at a time. According to the company, this method of growing produce is far more environmentally-friendly than traditional farming methods.

“We want to redefine the meaning of fresh produce to Las Vegas,” said chief operating officer Brock Leach in a statement. “We are now living in a world where the produce your family consumers will be grown in the same city in which they live.”


Using hydroponic farming, a process that involves growing plants in no soil, the indoor agricultural system recycles 100 percent of its nutrients and unused water, saving around 90 percent more water than crops grown a field. The facility aims to produce more than one million pounds of produce annually.

Freshness all year round.

The facility, which is based in an old industrial property, will also reduce the amount of environmental damage caused by delivery trucks due to its focus on supplying local restaurants. As reported by Business Insider, the Las Vegas Sustainability Atlas discovered in 2014 that 92 percent of the city’s food was brought in by truck, with only 8 percent grown locally.

While Oasis Biotech has no current plans to deliver produce directly to customers, it is hoping to distribute to local grocers in the near future, in addition to its current supply deal with restaurant and casino group Evercress.

Giving back to the community in more ways than one, Oasis Biotech will not only provide Las Vegas residents, chefs, and restaurants with sustainably produced crops, but the new facility, opened in July, will also create more job opportunities. So far, the company has employed over 130 new workers in Southern Nevada, and it intends to keep going, hoping to give the city’s agricultural industry a kickstart.

From New York to California, vertical farming companies are slowly cropping up across the U.S. Last year, NY-based Bowery raised $20 million in funding to build a second farm in New Jersey. Last March, Princeton University’s Vertical Farming Project announced a partnership with New Jersey’s Hopewell Elementary School. The school’s hydroponic “farm-to-cafeteria” program will teach students about sustainability and growing their own food. And in August, San Francisco-based Plenty debuted its produce at the city’s popular music festival; Outside Lands in Golden Gate Park. The company shared samples of its locally grown leafy green produce with festival goers, hoping to make a name for itself ahead of launching its very own veg box delivery service.