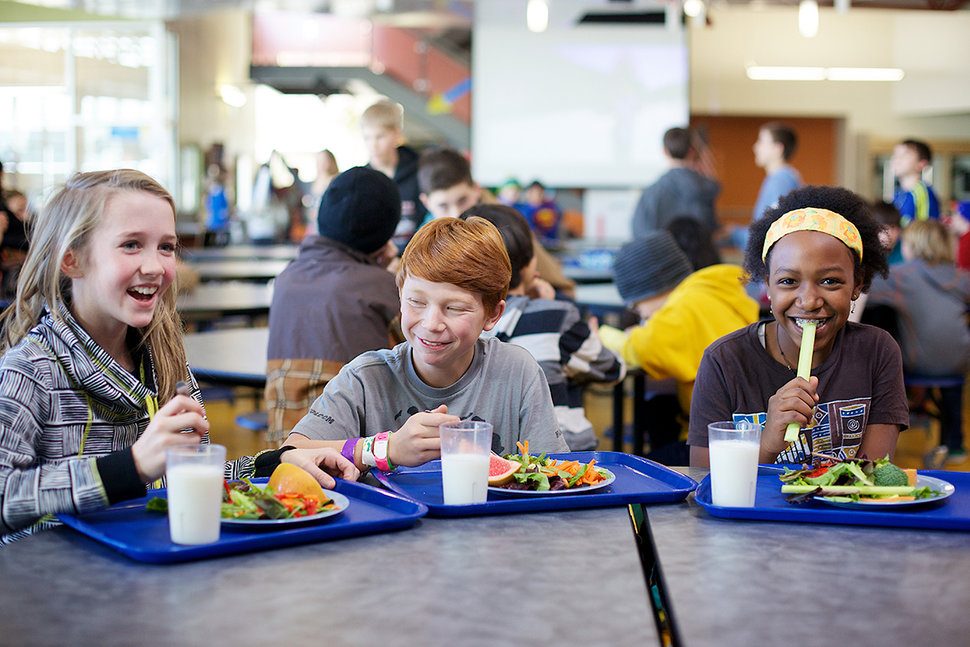 Concerned with the health of students, several New York City lawmakers want to ban all processed meats from public schools.

“We cannot continue feeding our children substances that are scientifically proven to increase their chances of cancer later in life,” Adams saidin the New York Post. “Chicken nuggets and sloppy joes are in the same class of substances as cigarettes. We know that we would never give our children cigarettes to smoke, so there’s absolutely no reason why we should continue poisoning our children’s health with processed foods.” Later, Adams tweeted about the resolution, thanking his fellow politicians for their support.

Joining Adams in advancing the resolution are Fernando Cabrera of the Bronx, Helen Rosenthal of Manhattan, and Justin Brannan of Brooklyn.“I’m introducing this resolution today to protect the health and well-being of New York City’s children,” Councilman Cabrera stated, adding a personal note: “I made the choice to adopt a plant-based diet to protect my own health, so I firmly believe that we must do all that we can to ensure that our children eat properly.”

The New York Post also notes that Brannan and Rosenthal have also cut meat out of their diets completely.

While all 1,200 NYC schools now offer vegan options thanks to the efforts of non-profit organization The Coalition for Healthy School Food (CHSF), processed meats are still present on the menu across all five boroughs. In addition to ensuring that all students have a vegan lunch option, the efforts of CHSF have led three schools to adopt an all-vegetarian lunch program and 15 schools have adopted the Meatless Monday campaign.

This is not the first time that there has been a push to remove processed meats from school menus. Last year, the Physician’s Committee for Responsible Medicine (PCRM), filed a lawsuit against two Southern California school districts, claiming that the decision to include processed meat on the menu was in violation of California law that states food provided to school children must “be of the highest quality and greatest nutritional value possible.” This was based on a 2015 study by the International Agency for Research on Cancer (IARC) concluded that processed meats such as cold cuts and bacon are carcinogenic.

The PCRM’s attempt to sue fell through, but at this moment, the office of NYC Mayor Bill de Blasio is weighing on the proposal.