You can now add plant-based chorizo to your pizza at vegan-friendly restaurant chain Blaze Pizza.

Founded in 2011, the fast-casual dining chain, which is backed by NBA star LeBron James, operates restaurants in 42 states and five countries.

Though its menu includes meat and dairy, Blaze is veg-foward, offering nearly 20 veggie ingredients as well as Daiya’s dairy-free cheese. Blaze’s bases and all of its red sauces are vegan.

Back in January, the Pasadena, California-based chain told fans on Instagram that it was working on adding vegan meat to its menus. Now, Blaze has launched meat-free Spicy Chorizo at all of its 300-plus restaurants in America.

The chorizo — traditionally, a fermented, cured, smoked pork sausage — contains no animal products or gluten. It was developed in-house by Blaze’s Executive Chef Bradford Kent and is available at no extra charge.

In a statement, Kent said, “We wanted to create a vegan protein option that could be enjoyed by all pizza lovers regardless of their dietary preference. That’s exactly what our new Spicy Chorizo offers. It’s flavorful enough to be the sole protein option on the pizzas, but also complements other veggies or meat toppings. We’re really fired up for guests to get a taste of it.” 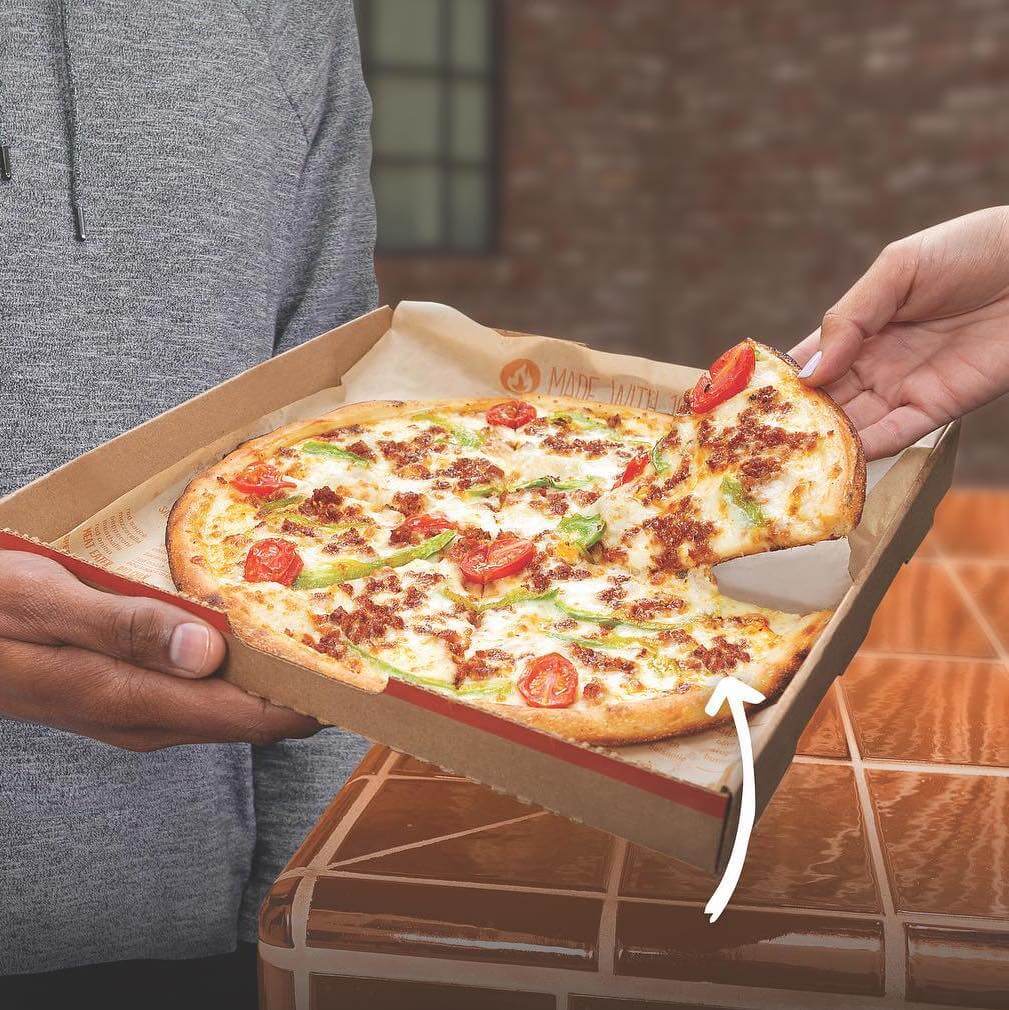 Blaze Pizza Is Turning Up the Heat

In February, Blaze revealed it is working to take on major pizza companies like Domino’s. Blaze’s co-founder Rick Wetzel spoke to Bloomberg about the company’s goals, revealing that it aims to have more than 500 locations. It also plans to introduce drive-thru and delivery services. Bloomberg noted that Blaze believes it will “win over customers from bigger competitors with its ingredients that include arugula, pesto, and even vegan cheese.”

A handful of high-profile figures have invested in the artisanal pizza chain, including the former First Lady of California Maria Shriver, Boston Red Sox co-owner Tom Werner, and NBA athlete James. To invest in Blaze, James left his deal with McDonald’s and surrendered $15 million in the process. In 2012, the athlete opened two of his own Blaze restaurants.

Forbes reported in 2017 that the vegan-friendly pizza company was the fastest-growing restaurant chain ever.