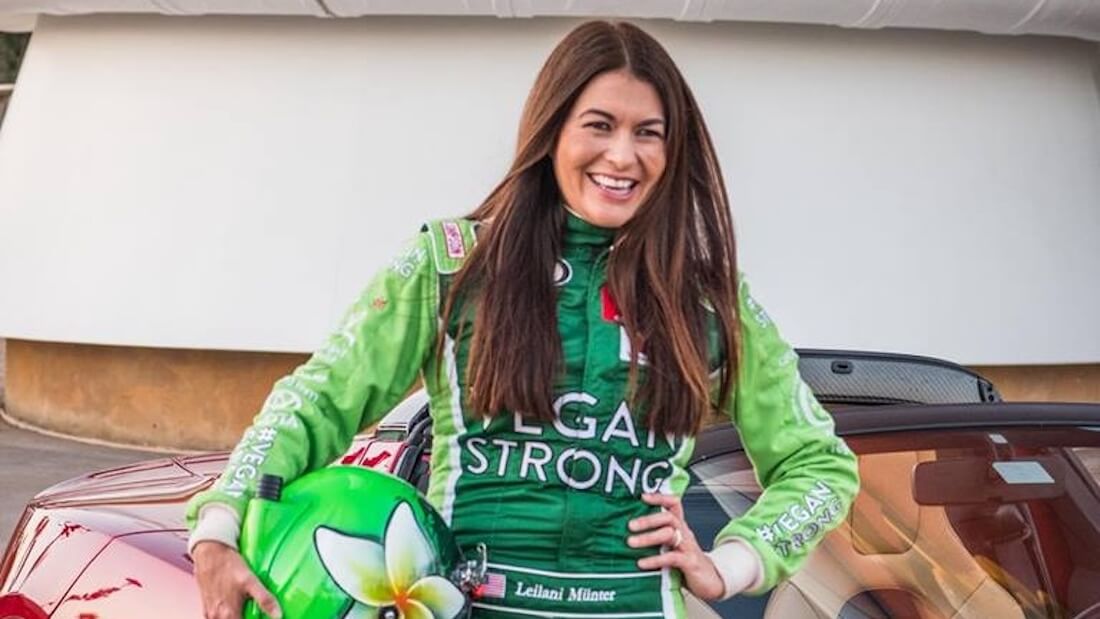 Münter posted an add for the free burgers on Instagram, writing, “Hi Chicagoland Speedway race fans! Come to the #VeganStrong tent to try a free ? @impossible_foods burger served up by @chefjasonstefanko! Also meet professional vegan bodybuilders @ryannelsonfitness and @korinsutton!” She also thanked the Vegan Strong sponsors, including Miyoko’s, Impossible Foods, A Well Fed World, and Compassion Over Killing, who made this massive giveaway possible. She continued, “We have shown tens of thousands of people that vegan food is not only good for you but delicious!”

This isn’t the first time Münter has given away free vegan food at a racing event. For the past two years at Daytona, the activist has partnered with several vegan companies and well-known athletes to serve fans stadium-approved vegan food. Last year, she served thousands of vegan chicken wings to hungry fans, showing them that these plant-based bites are just as savory and satisfying as the animal-based version. And in February, Münter called up vegan bodybuilders Robert Cheeke and Ryan Nelson to help her serve vegan cheeseburgers made with the Impossible Burger patty to hundreds of meat-loving Daytona fans. By combining familiar foods with A-list examples of the benefits of a vegan diet (exceptionally fit bodybuilders) Münter hopes to break down the stereotypes surrounding the diet and prove that veganism can be cool, healthy, and delicious.

In a statement shortly following the race event at the Chicagoland Speedway, Münter said, “We don’t expect to turn the NASCAR fan-base into vegans overnight; however, by planting the seed and opening people’s minds to the new wave of vegan options and how they can be healthier eating vegan, it will be a win-win for people, [the] planet, and the animals.”

Münter has several more races coming up this year, and based on her history, she’s likely to throw another free vegan food event during at least one of these upcoming events.