Need proof that the plant-based diet is here to stay? Crunch on this: beans are the hottest snack trend. Yes, beans.

HIPPEAS, the certified organic plant-based brand of extruded puffed chickpeas first drew attention when Academy-award-winning actor Leonardo DiCaprio invested in the business, and now, the company has announced a $10 million round of funding from CAVU Venture Partners. Brett Thomas, CAVU’s co-founder, will also join the HIPPEAS board. 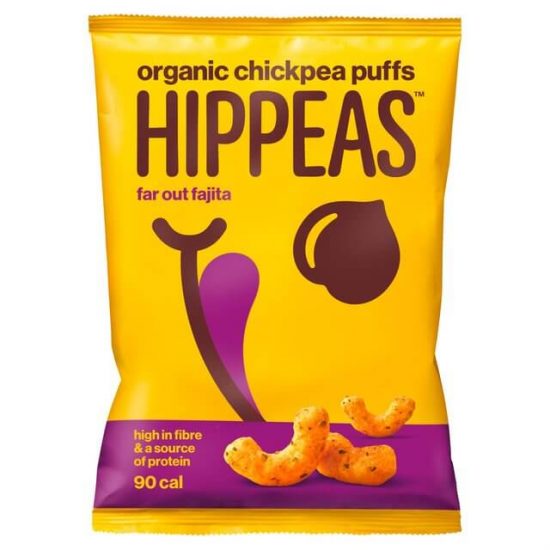 The company only launched last year but already has 100,000 points of sale in the U.S. and UK, reports FoodNavigator-USA, “from Starbucks, Whole Foods, Wegmans, Kroger, Albertsons and Safeway, to Boots, Waitrose, Tesco, and Sainsbury’s, plus online platforms including Amazon.com and Thrive Market.”

HIPPEAS founder Livio Bisterzo told FoodNavigator-USA last August that it’s been a “frankly incredible few months,” noting that the company was expected to earn “almost a million” in sales that month. “I think September will be our first million-dollar month,” he said. “We think we can achieve $25-30m next year.”

Unlike other conventional savory snacks often made from corn – the most commonly genetically engineered crop – HIPPEAS are made from garbanzo beans (chickpeas), which deliver 4 grams of protein and 3 grams of fiber in every serving size.