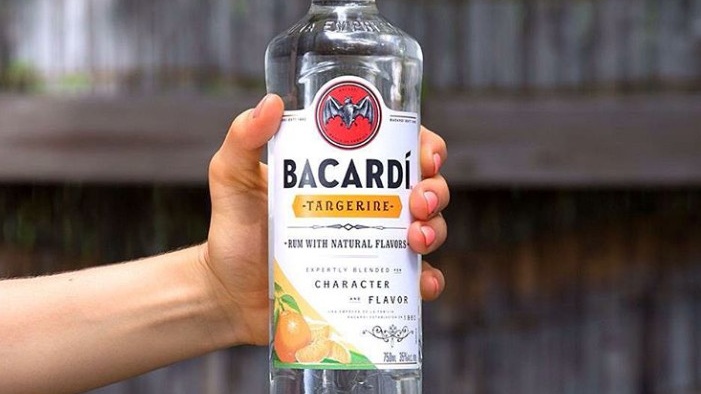 Environmental activist and Acadamy Award-winning actor Leonardo DiCaprio gave his support to a new campaign by spirits brand Bacardi that targets ocean plastic pollution. Called “#TheFutureDoesntSuck,” the goal of the campaign is to remove one billion single-use plastic straws from the planet by 2020. DiCaprio, who founded The Leonardo DiCaprio Foundation, an organization dedicated to protecting the planet and all its inhabitants, has long supported environmental efforts.

The campaign is a partnership between Lonely Whale, an award-winning nonprofit that helps spearhead innovative ideas that protect the world’s oceans, and Bacardi Limited, the largest privately held spirits company in the world. Shortly after Lonely Whale made the announcement via Instagram, DiCaprio shared the post, earning more than 244,000 likes from followers.

“Engaging our accounts and our consumers in the reduction of single-use plastic is a critical next step in helping to put an end to plastic pollution,” said Rick Wilson, senior vice president of Corporate Responsibility for Bacardi. “Single-use plastic items are among the most collected pieces of trash in our oceans, and we are urging our consumers to add ‘No plastic straw, please’ to every drink order so together we can make impactful change.”

#Regram #RG @lonelywhale: Today, we’re proud to introduce our collaborative campaign with @bacardilimited1862 to remove 1 billion single-use plastic straws by the year 2020. Join us, together we will make sure #TheFutureDoesntSuck ? thefuturedoesntsuck.org #1BillionBy2020 #StrawlessOcean#GoodSpirited

The campaign doesn’t just target plastic straws, which are only a small part of the problem for global ocean plastic pollution. As part of the campaign, Bacardi committed to assess its global supply chain and remove non-essential, non-recyclable single-use plastic waste. In addition to that, the family-owned spirits company will concentrate on a series of corporate and brand collaborations, events, and calls-to-action across the world targetting environmental matters.

The campaign will kick off in London, where Bacardi and Lonely Whale will encourage consumers and businesses alike to participate in what they hope will be one of the most impactful initiatives against ocean plastic pollution of the decade. Infographics and art will show the public how plastic pollution devastates the oceans. Going forward, single-use plastic straws will also be banned from all Bacardi branded events and concerts.

The plastic straw ban will officially kick off at major music events in North America this fall. Additionally, Bacardi’s global headquarters in Bermuda will launch a training program for distributor partners and install on-site locations that will offer alternatives to plastic straws. Eventually, the campaign will expand to China where it will work with the nation’s top 10 leaders in the hospitality and spirits industries to further reduce plastic waste.

This is not the first time that dedicated environmental activist DiCaprio has given support to a green initiative. Last May, the actor partnered with an Israeli investment firm to open an eco-friendly luxury hotel in Tel Aviv, which is known as the vegan capital of the world. In 2016, he purchased an island off the coast of Belize to construct an eco-resort, launch a climate change research facility, and implement restoration programs to revitalize the area’s natural habitat.