DiCaprio co-founded the nonprofit Earth Alliance last July, along with the Emerson Collective and Global Wildlife Conservation. The nonprofit organization aims to help protect wildlife threatened by climate change. It has now partnered with the European Commission to launch the $2 million Virunga Fund.

Located in the Democratic Republic of the Congo, The park is Africa’s oldest and most biologically diverse protected area. Virunga is a UNESCO World Heritage site, internationally recognized for its lush habitats and wildlife.

“I had the great honor of meeting and supporting Virunga’s courageous team in their fight against illegal oil drilling in 2013,” DiCaprio said in a statement.

He continued: “Virunga urgently needs funds to protect the endangered mountain gorilla population, to provide support to the rangers and the families of rangers who have fallen in the line of duty, and to help deliver essential disease prevention efforts.” 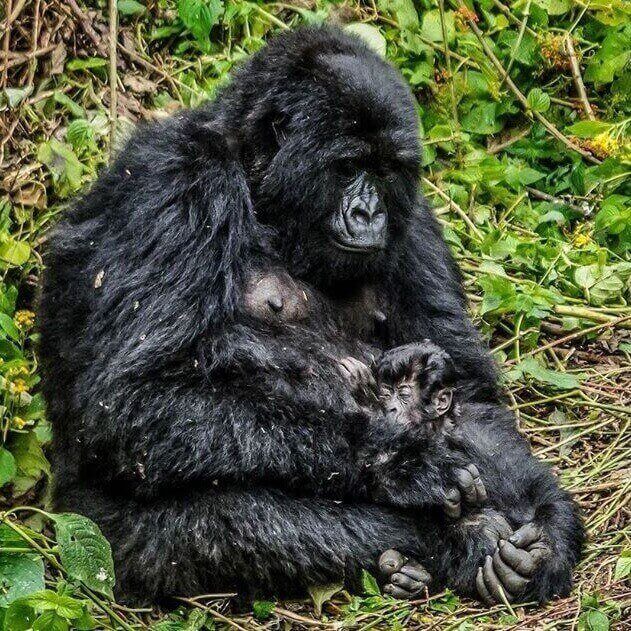 The park is home to more than 300 of Africa’s remaining 1,000 endangered mountain gorillas. | Virunga National Park

“The future of Virunga National Park […] is at risk as it deals with Ebola, COVID-19, and a recent attack on rangers,” Global Wildlife Conservation wrote on Twitter.

Last month, rebel forces attacked the park’s headquarters in Rumangabo. This resulted in the tragic deaths of twelve rangers, a park driver, and four civilians. The attack seriously injured three other rangers.

Virunga closed in March due to the coronavirus pandemic. As a result, the park faced significant losses in revenue. The Fund will support the park’s conservation efforts and its Rangers.