People are urging environmentalist and Academy Award-winning actor Leonardo DiCaprio to rescue the chimp that starred alongside him in 2013’s “The Wolf of Wall Street.”

Chance’s role in the film received criticism at the time of its release, with animal rights organization Friends of the Animals calling for a boycott. The group said the chimp would be permanently psychologically damaged by his role in the movie.

Six years on, and Chance is still suffering. A roadside zoo is now forcing him to perform for audiences. Animal rights organization PETA (People for the Ethical Treatment of Animals) has asked both DiCaprio and Scorsese to help facilitate his rescue.

“Dear Mr. Scorsese and Mr. DiCaprio,” PETA’s letter reads, reports IndieWire. “Our team recently obtained this footage of Chance, the chimpanzee used in ‘The Wolf of Wall Street.’ As you’ll see, he’s still being used in a circus sideshow, tethered and forced to perform in front of frightening crowds. There’s still time to help him. Will you? Please let us know.”

The organization wants the chimp to move to a sanctuary, where he can live out the rest of his life without being forced to entertain. 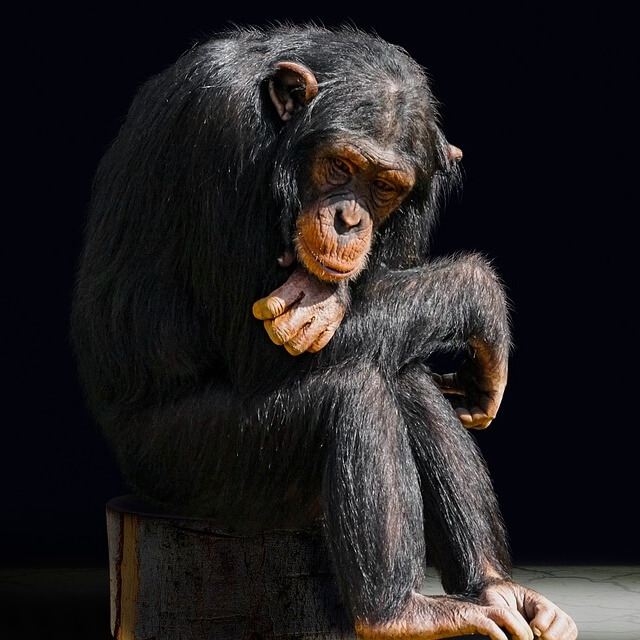 This isn’t the first time animal rights organizations have called out the movie industry for its use of animals. According to PETA, trainers often abuse and exploit animal actors. Its website notes, “trainers who supply animals to the entertainment industry are frequently cited by the U.S. Department of Agriculture for violating the federal Animal Welfare Act, which establishes only minimal guidelines for animal care.”

Some directors, however, are moving away from the use of real animals in film, thanks to modern technology.

Jon Favreau directed 2019’s remake of “The Lion King,” which relied entirely on computer animation to create its animal stars. He told Vanity Fair recently, “the fact that technology can make it look so photo-real, it becomes harder and harder to make a case that you need to put animals in danger when making movies.”