The Amazon is burning. Fires have been devouring the forest, which supplies six percent of the Earth’s oxygen. Many call the rainforest “the planet’s lungs.” The Amazon rainforest is home to more than one million Indigenous people and is the most biodiverse region on the planet, home to half the world’s estimated 10 million species of animals, plants, and insects.

Earlier this week, DiCaprio shared a post from the Rainforest Alliance, a nonprofit fighting to raise awareness of the fires. “There have been 74,000 fires in the Brazilian Amazon since the beginning of this year—a staggering 84% increase over the same period last year,” the post reads.

Along with donating to frontline response groups fighting the fire and spreading the word, one of the best individual actions to take is to eliminate of significantly reduce beef consumption. “Be a conscious consumer, taking care to support companies committed to responsible supply chains,” the post continues. “Eliminate or reduce consumption of beef; cattle ranching is one of the primary drivers of Amazon deforestation.”

Humans are to blame for 99 percent of the fires, “either on purpose or by accident,” Alberto Setzer, a senior scientist at Brazil’s space research center (INPE) told CNN. If the forests are damaged beyond repair, it could spell disaster for the current climate crisis, emitting damaging greenhouse gases instead of life-giving oxygen.

Why Is the Amazon on Fire?

The Amazon needs our help. This video was filmed by indigenous filmmakers at last week’s meeting of indigenous and traditional forest peoples of the Xingu river valley in the Kayapo village of Kubenkokre, Mekragnoti Indigenous Territory, Brazil. Help support these people. Support the @EarthAlliance Amazon Forest Fund. Click the link in our bio for more information about the fund and to make a donation today.

The global appetite for beef is behind 80 percent of Amazon deforestation, according to Yale’s Global Forest Atlas. The Amazon is the largest exporter of beef in the world due to the low cost of land. Cattle ranchers and farmers scorch the land to make room for cattle grazing land and soy — which are often interconnected. Tofu isn’t to blame here — 90 percent of the soy grown is turned into animal feed, according to environmental NGO Global Canopy.

Brazilian president Jair Bolsonaro has shown disdain for rainforest conservation. He likened Indigenous reserves in the Amazon to “chickenpox” and promised that “there won’t be a square centimeter demarcated as an indigenous reserve,” according to Quartz. A 2018 study from the Wildlife Conservation Society revealed that protected land managed by Indigenous people are critical in preserving the rainforests and managing climate change.

Bolsonaro also promised to scrap Brazil’s environmental ministry in favor of fusing it with the agricultural ministry. Quartz notes that many credit his election with emboldening illegal loggers to further encroach on protected forests. Earlier this week, he suggested that environmental organizations staged the forest fires to make him look bad.

Choosing elected officials who will act in the planet’s best interest was the final point of the post DiCaprio shared.

“When election time comes,” it reads. “VOTE for leaders who understand the urgency of our climate crisis and are willing to take bold action—including strong governance and forward-thinking policy.⁣”

A Cry for Support

#Regram #RG @rainforestalliance: The lungs of the Earth are in flames. 🔥 The Brazilian Amazon—home to 1 million Indigenous people and 3 million species—has been burning for more than two weeks straight. There have been 74,000 fires in the Brazilian Amazon since the beginning of this year—a staggering 84% increase over the same period last year (National Institute for Space Research, Brazil). Scientists and conservationists attribute the accelerating deforestation to President Jair Bolsonaro, who issued an open invitation to loggers and farmers to clear the land after taking office in January.⁣ ⁣ The largest rainforest in the world is a critical piece of the global climate solution. Without the Amazon, we cannot keep the Earth’s warming in check. ⁣ ⁣ The Amazon needs more than our prayers. So what can YOU do?⁣ ⁣ ✔ As an emergency response, donate to frontline Amazon groups working to defend the forest. ⁣ ✔ Consider becoming a regular supporter of the Rainforest Alliance’s community forestry initiatives across the world’s most vulnerable tropical forests, including the Amazon; this approach is by far the most effective defense against deforestation and natural forest fires, but it requires deep, long-term collaboration between the communities and the public and private sectors. ✔ Stay on top of this story and keep sharing posts, tagging news agencies and influencers. ⁣ ✔ Be a conscious consumer, taking care to support companies committed to responsible supply chains.⁣ Eliminate or reduce consumption of beef; cattle ranching is one of the primary drivers of Amazon deforestation. ✔ When election time comes, VOTE for leaders who understand the urgency of our climate crisis and are willing to take bold action—including strong governance and forward-thinking policy.⁣ ⁣ #RainforestAlliance #SaveTheAmazon #PrayForAmazonia #AmazonRainforest #ActOnClimate #ForestsResist #ClimateCrisis 📸: @mohsinkazmitakespictures / Windy.com

Five-time Formula 1 racing champion Lewis Hamilton also spoke out in support of the Amazon. “It is devastating to see our world suffer,” he wrote on Instagram. “More than a soccer field is being destroyed every minute everyday, the world needs to come together and help. If you haven’t already, please post about it, it is vital we continue to spark action.”

DiCaprio is a vocal environmentalist; he is the founder of the environmentally-focused nonprofit the Leonardo DiCaprio Foundation and has produced numerous documentaries highlighting climate change’s impact on the planet. Earlier this year, he was honored by the Waorani People of Pastaza in Ecuador’s rainforests for his support in fighting their cause to protect their home. 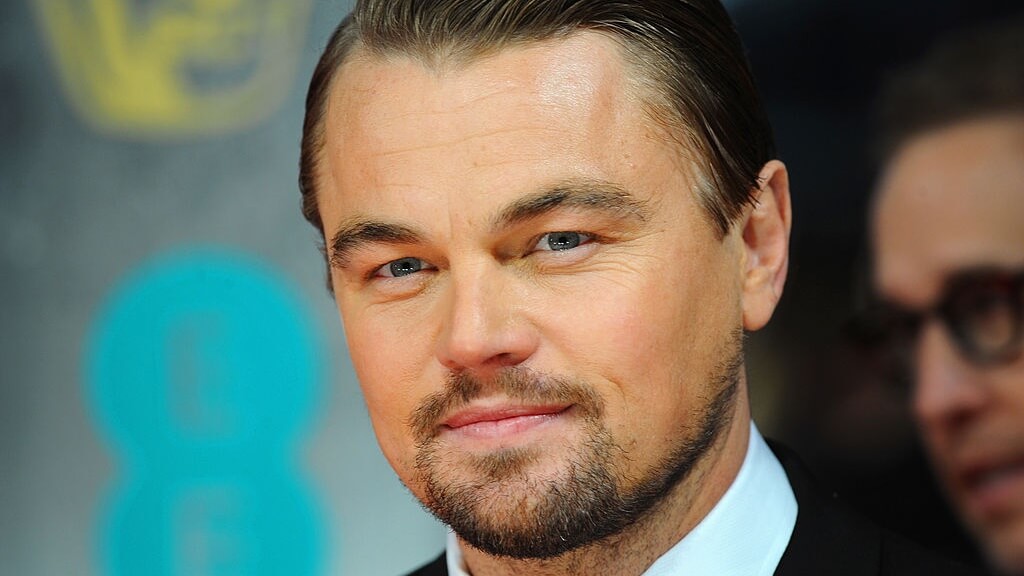