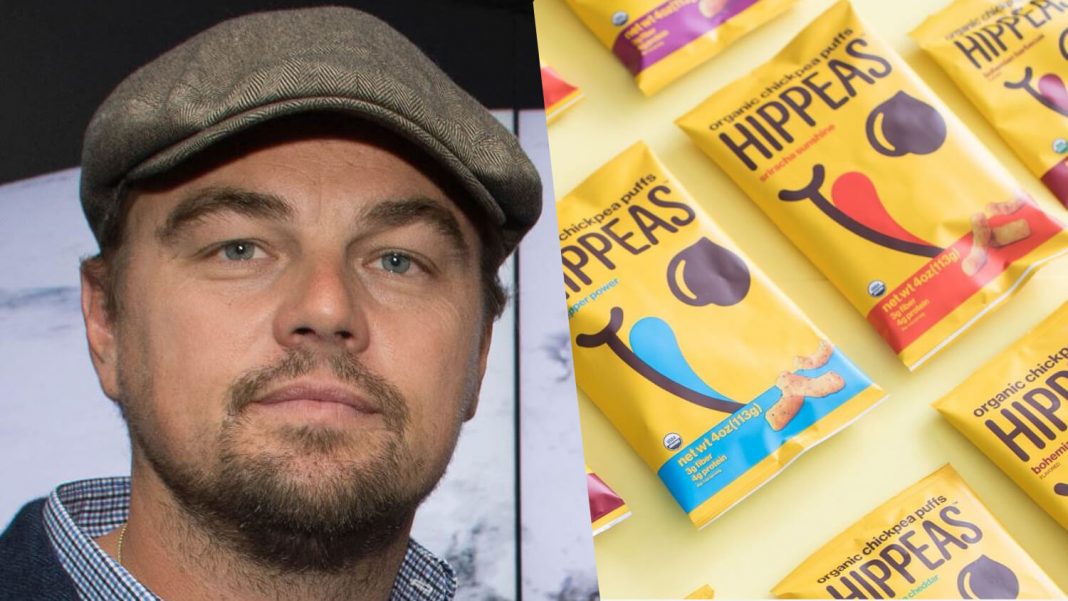 The brand – which shot to fame after Academy Award-winning actor and environmentalist Leonardo DiCaprio gave it his backing with an investment in 2017 –  has already raised $14 million. New investors include venture group CAVU, barkTHINS founder Scott Semel, as well as some of Hippeas’ own employees.

Already a hit with consumers, Hippeas are currently available in 40,000 stores internationally, including Target in the U.S., and Tesco, Sainsbury’s, Asda, and Boots in the UK.

It was this rate of growth that encouraged CAVU to take part in the latest round of fundraising, according to the group’s managing partner Brett Thomas. He told Nosh, “The biggest thing for us is that we see this as working across all channels… the velocities are as strong in conventional and club as they are in natural. Which tells you there’s something that resonates with the consumer.”

Take it easy and enjoy a snack break with #BohemianBarbecue #HIPPEAS

He added, “One of the things we look at as we partner with companies, is not to just be product specific but the ability to be a potential brand and platform.”

Hippeas already has big plans in place for 2019; in January, it’s chickpea puffs will hit the shelves of Whole Foods Markets across the U.S., and later on in the year, it intends to embark on a trial period with the popular convenience store chain 7-Eleven. New products are also on the horizon for the brand, which plans to launch vegan nachos with Himalayan salt in the new year.

“The business closed on a year with incredible performance so going into 2019 we had the funding to really keep driving, keep pushing the business forward, keep doing what we’re doing,” Hippeas founder and chairman Livio Bisterzo explained. “We have a very strong path to being the number one natural puff.”

In the third or fourth quarter of 2019, the founder added he plans to for the brand to be profitable. If Hippeas can target 5 percent of the puffed snacks , he noted, it will be on its way to capturing $100 million.

“We have a clear path to that $100 million number and we can really get there,” he noted. “This isn’t just me saying that. But not the data is showing that we are on our way. That’s what’s very exciting.”