British racing driver Lewis Hamilton aims to be carbon neutral by the end of the year. The F1 champ’s vegan diet is one way he lowers his environmental footprint.

Hamilton adopted a plant-based diet in 2017. He made the decision after watching “What The Health,” a documentary that studies the connection between diet and disease. The athlete said going vegan helped him feel “the best I’ve ever felt in my life.”

Since the switch, Hamilton has been vocal about his plant-powered lifestyle, speaking not only about the health benefits but the ethical factors, too. He wrote about animal cruelty on Instagram in May. “It is such a cruel world, how can somebody do these things to other beings. Gives me so much pain in my heart,” the driver said.

Diet and the Environment

Now Hamilton is turning his attention to the environmental aspect of the lifestyle. He took to social media after the Japanese Grand Prix to say: “Extinction of our race is becoming more and more likely as we overuse our resources.”

He said he’s sad to see people “ignore what is happening daily.”

“Education is key and we were taught that eating animal products was good for us but we’ve been lied to for 100s of years,” he said.

Hamilton urged people to research the livestock industry — especially deforestation, ocean impact, climate change, and animal cruelty — and to “find the compassion I know you have within you.”

“Go vegan, it is the only way to truly save our planet today,” Hamilton said. His statement aligns with research that states that a plant-based diet is the kindest to the environment. The world’s most comprehensive analysis of farming and the environment, conducted by Oxford researchers, found that a vegan diet is “the single biggest way to reduce your impact on planet Earth, not just greenhouse gases, but global acidification, eutrophication, land use and water use.” 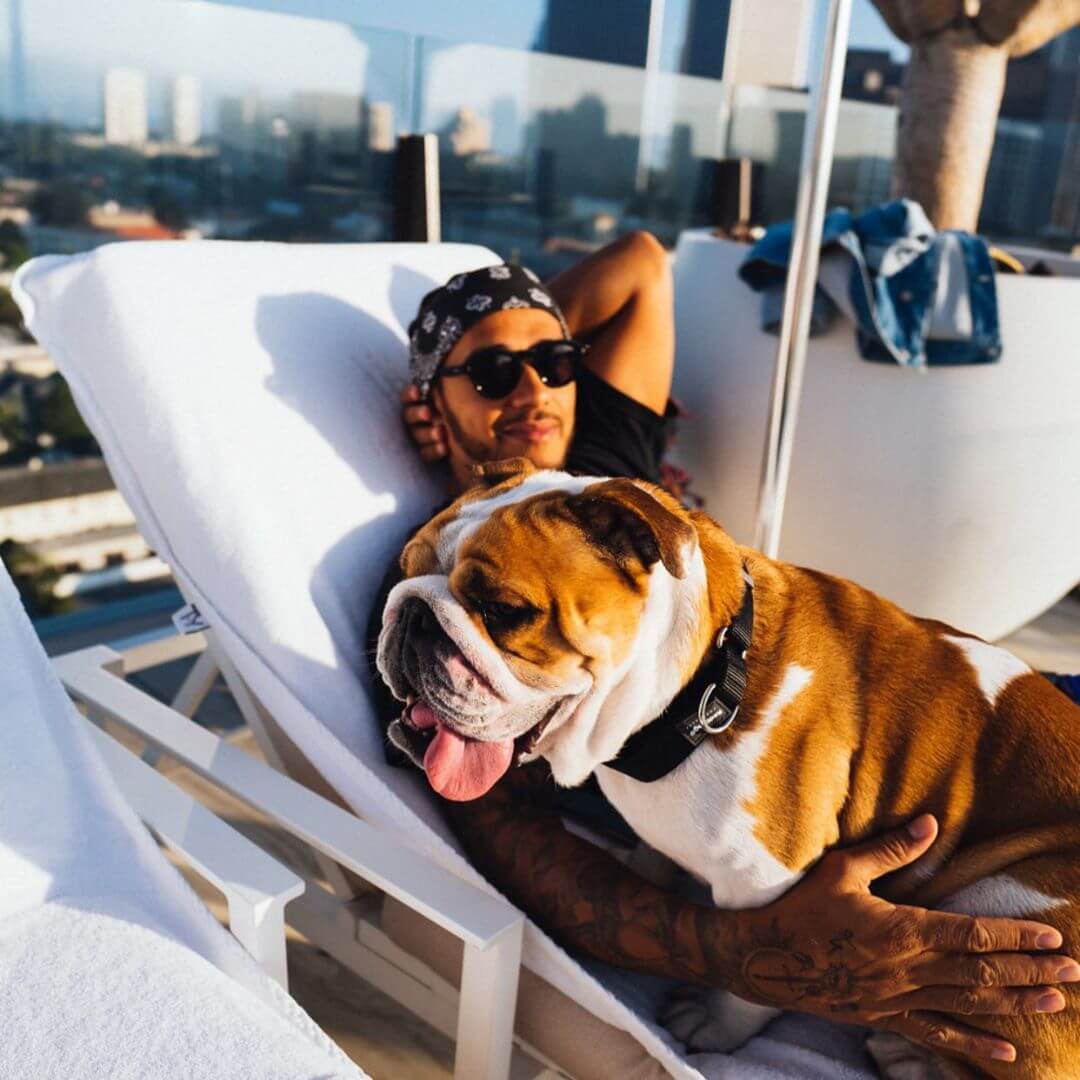 Lewis Hamilton’s Impact on the Planet

Hamilton’s words prompted some to point out that the driver travels to races around the world, thus increasing his environmental footprint. But the athlete stood by his statements, saying that he’s working to be better.

He said recently told The Sun that he was “inspired” by a documentary to “do more.” He revealed plans to become carbon neutral before next year. At his office and in his household, he does not permit people to buy any plastics. “I want everything recyclable, down to deodorant and toothbrushes,” he said.

Hamilton explained that he sold his plane more than a year ago. He said, “I fly a lot less now. I’m trying to fly less through the year, I’m mostly flying commercial, so that’s been a big change in my habits.”

He avoids trips if he can, tries to holiday in the UK instead of overseas, just acquired an electric Smart car, and has sold many of his cars. The racer is also working with Mercedes to replace its all-leather interiors.

He added, “I’m constantly making changes but it’s not a quick fix but I feel positive that I’m making those changes, and I’m encouraging people around me.”