The six-time F1 champion keeps fans up to date with his British bulldog through Roscoe’s own Instagram page. Hamilton, who regularly advocates for a plant-based diet as a healthy and ethical choice, said he and Roscoe were both “super happy” with the results.

“Roscoe is now fully vegan,” wrote Hamilton. “Since he has gone vegan, his coat is much softer, his paws have healed up, he is no longer limping with pain of arthritis and his breathing has opened up.”

Breathing difficulties, irritated paws, skin conditions, arthritis, and joint pain are common for bulldogs. As with many other popular “purebred” dogs, an extreme lack of genetic diversity can cause chronic health conditions. According to veterinary specialist Dr. Andrew Knight, long-term vegetarian or vegan diets can improve the overall health of dogs.

A 2019 study conducted by researchers at the University of Guelph’s Ontario Veterinary College found that 35 percent of people who own pets on conventional meat-based diets were interested in switching their animals to a plant-based diet. 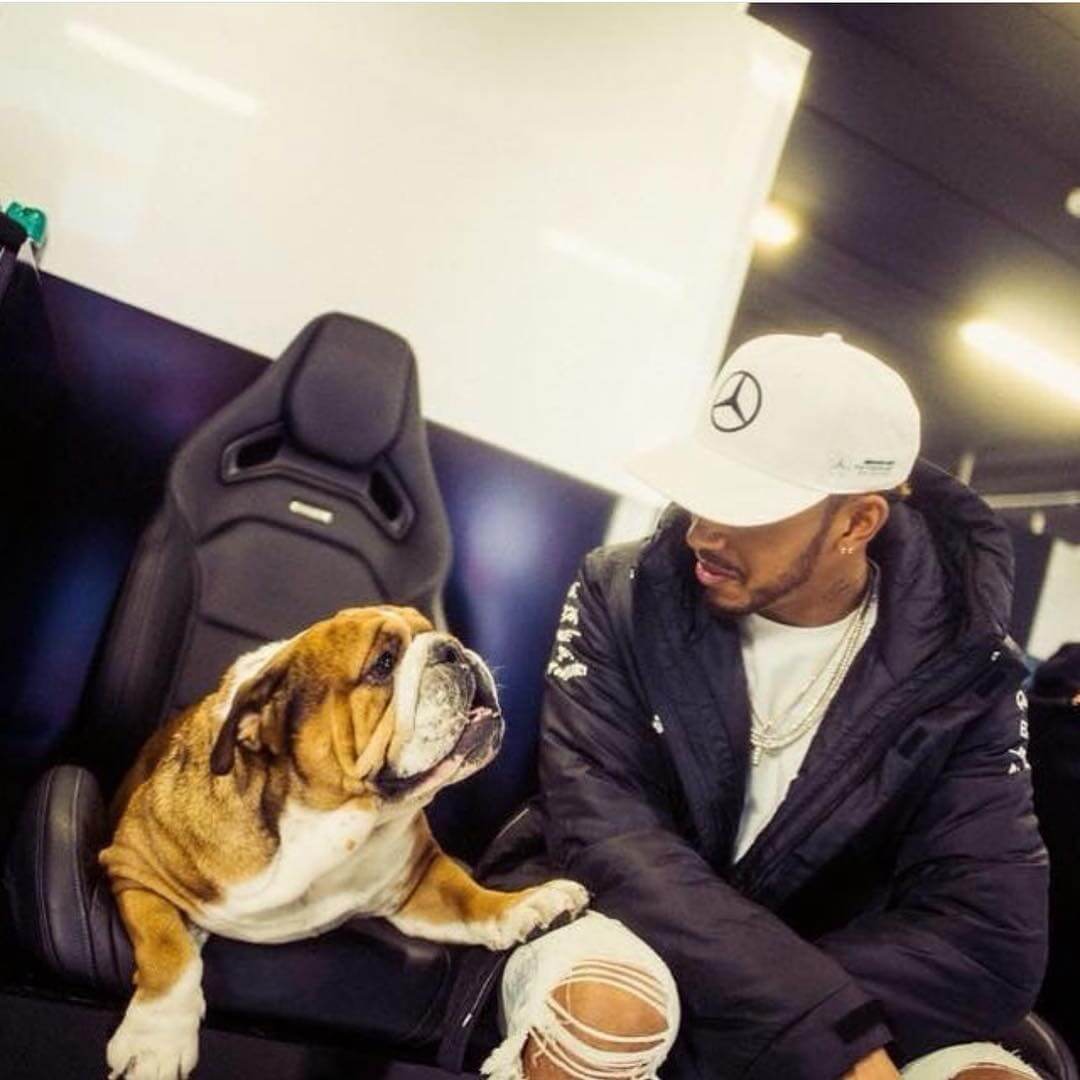 Hamilton is a vocal advocate for animal adoption and first gave Roscoe a home in 2013. He also adopted an English bulldog with severe disabilities named Coco, who unfortunately passed away last month. According to Hamilton, Coco was due to be put down when he first adopted her. But he decided he was well placed to support her unique needs as a rescue dog.

Hamilton has been vegan since 2017 after he watched the documentary “What the Health,” released the same year. Since then he remains outspoken about veganism and animal rights, climate change, and most recently the Black Lives Matter movement. His social media presence reflects this.

After apologizing for the hard-hitting nature of several posts about animal cruelty, Hamilton explained that he wanted to use his online influence for good. “If I don’t post this who is going to?” he asked. “Who’s going to care for these animals?”

“I’m sorry but I have this platform and I can’t waste it,” he added.