Six-time Formula One World Champion Lewis Hamilton has spoken out against cruelty in the food industry. In the past, the vegan athlete has said animal cruelty “pains his heart.”

Hamilton—widely considered one of the greatest drivers in the history of his sport—posted a video on his Instagram account of various different animals on their way to slaughter. He wrote to his 14.3 million followers, “this is the world we currently live in, where humans believe that an animal’s life is worth less than one of our own.”

“The food you buy and eat today, at home or in restaurants, is coming from places like this,” he added. “This is why I went vegan, to not support this barbaric behavior and slaughtering of millions of animals.”

He continued, “to me, this is no different to the slaughtering of millions of people over the years during the war, it is unacceptable and we have to work together to change this.” 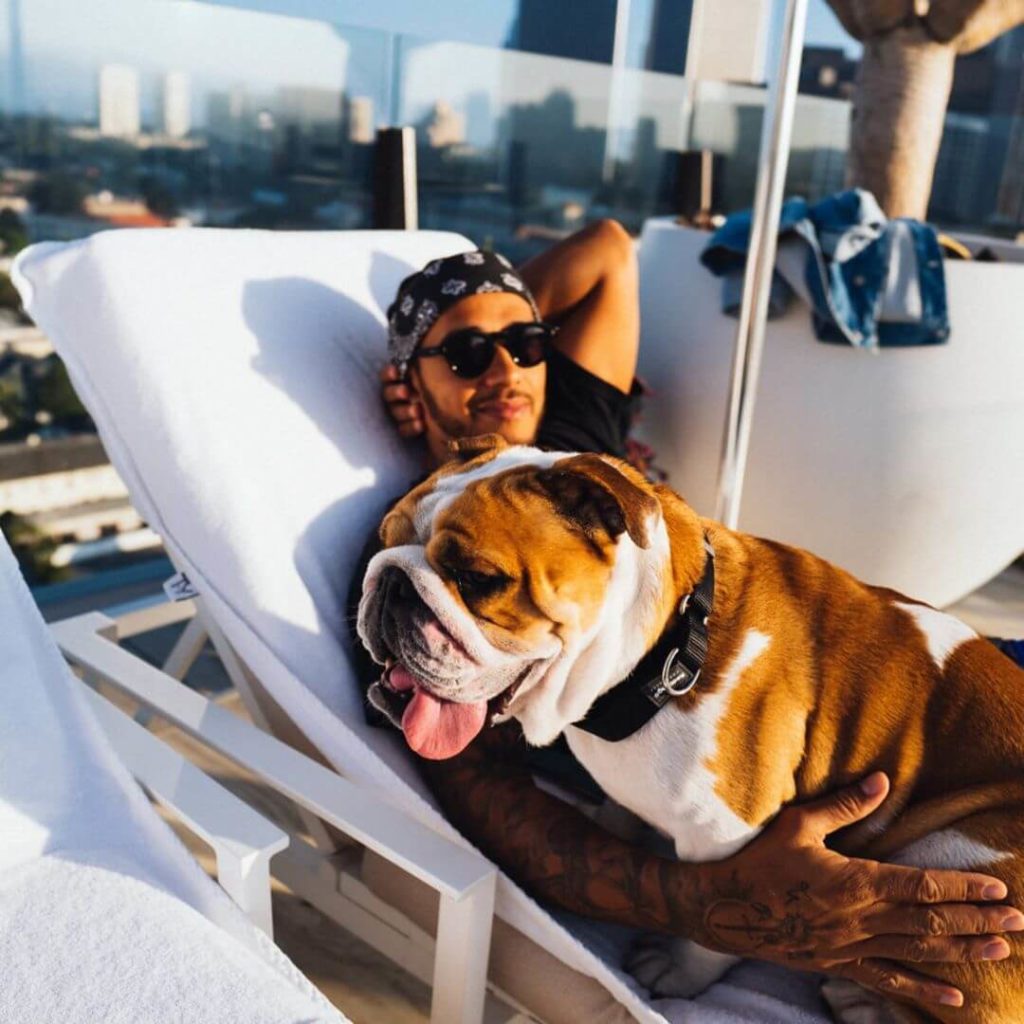 It’s not the first time the sporting star has condemned animal cruelty on social media. Last year, he shared an image on his Instagram Stories of a donkey pulling a cart.

“I just wish I could be there to give this beautiful animal a hug, take him away from this pain and bring light into their life,” Hamilton captioned the post “It is such a cruel world, how can somebody do these things to other beings. [It gives] me so much pain in my heart.”

Hamilton adopted a plant-based diet in 2017 after watching the documentary “What The Health,” which looks at the link between diet and disease. Following the change, the athlete revealed he could never go back to eating meat, saying he felt “the best I’ve ever felt in my life.”

While health reasons played a role in his initial decision to eschew animal products, the athlete has since become passionate about standing up against all forms of animal cruelty.

Last year, he shared a post condemning the Icelandic government, after it announced it would allow whale hunting for at least another five years, enabling the legal slaughter of up to 2,130 baleen whales. He shared another about Canada’s annual commercial seal slaughter which sees baby seal pups (97 percent of which are under three months old) killed with wooden clubs, hakapiks, and guns.

Earlier this year, he praised actor Joaquin Phoenix after he called out the dairy industry at the Oscars. The “Joker” star received the Academy Award for Best Actor, but in his acceptance speech, he spoke about speciesism and animal cruelty.

Hamilton wrote on Instagram after the event, “I am so proud and grateful to know there are people like [Phoenix], with all the success and fame to use his voice for the greater good. I aspire to be able to do this.”