U.S. locations of the global discount supermarket chain offer nondairy ice cream made with coconut milk. The pints boast a similar design to the Ben & Jerry’s brand and are available in flavors like Chocolate as well as the Ben & Jerry’s classic, Cookie Dough.

Lidl U.S. also offers vegan frozen desserts under its Vemondo free from brand. The ice cream is available in flavors vanilla and mixed berries as well as peanut butter and hazelnut.

Dairy is becoming less popular among the public as people become more aware of its impact on human health, the planet, and animal welfare.

Research links dairy consumption to asthma, digestion trouble, and osteoporosis. Dr. T. Colin Campbell, a biochemist who specializes in the effect of nutrition on health, believes that consuming dairy can double or quadruple the risk of developing prostate cancer. 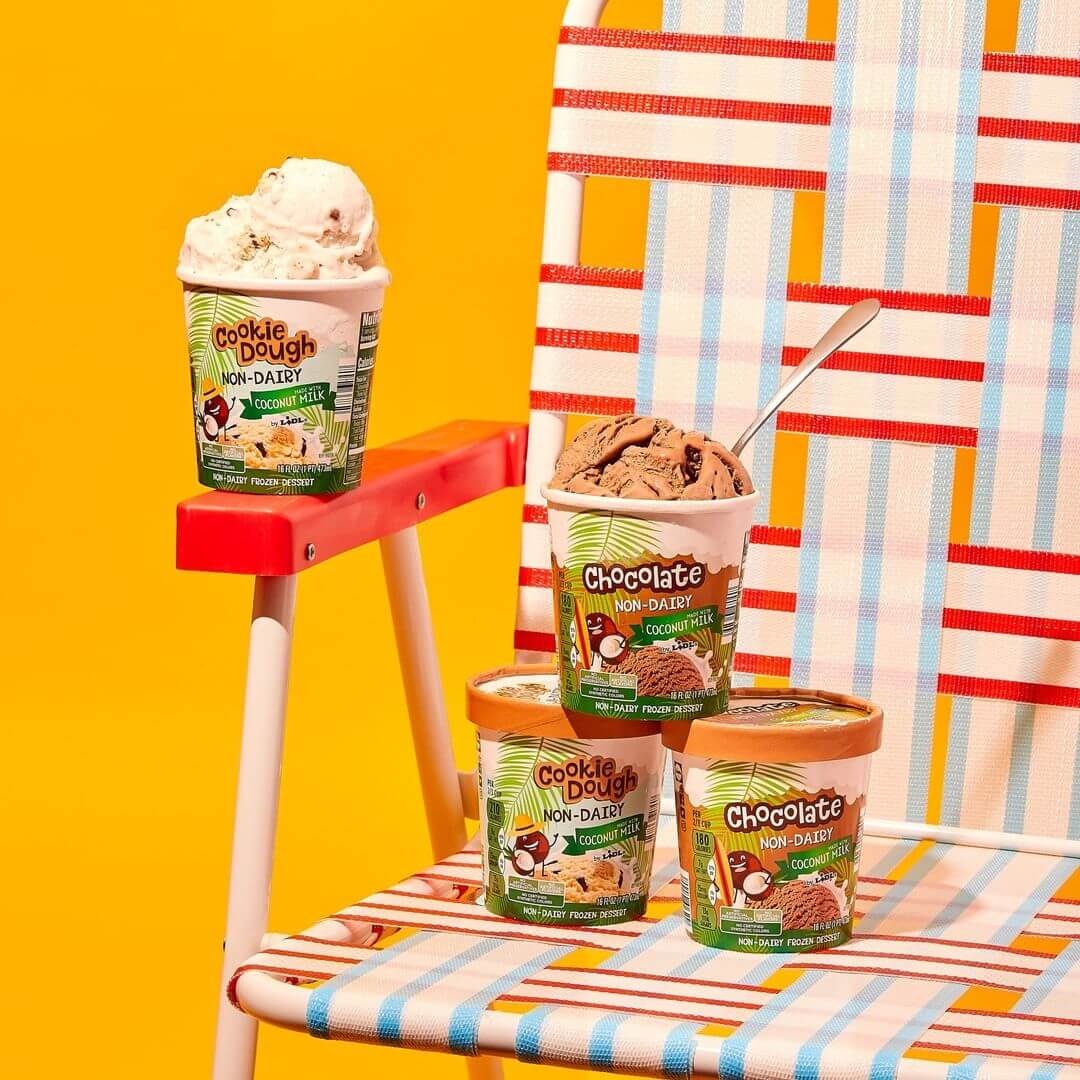 Lidl’s vegan ice cream is made with coconut milk. | Lidl

Lidl’s interest in vegan food goes further than ice cream. The chain, which operates more than 10,000 stores across Europe and the U.S., has been upping its vegan food range around the world. Its German locations welcomed a new vegan burger called the Next Level Burger at the start of this month.

The plant-based patty is said to taste just like beef even though it’s made with pea, soy, and wheat protein. The vegan meat contains 20 grams of protein and appears to “bleed” like animal-based meat due to the use of beetroot juice.

Spanish locations of the supermarket chain sell vegan and gluten-free Spanish omelettes. The egg-free omelette is made with chickpeas and onions and is being sold under Lidl’s own-brand label My Best Veggie.

In the UK, Lidl offers two vegan pizzas. The Vegan Bruschetta — which is topped with red onion, tomato, and vegan mozzarella — and the Pizza Veruda — which comes with spinach, tomato, mushroom, and dairy-free cheese — are available under its own-brand name Trattoria Alfredo.