The gluten-free, egg-free omelette — which is made with chickpeas and onions — is being sold under Lidl’s own-brand label My Best Veggie in its Spanish locations.

On its website, Lidl notes that although My Best Veggie products are suitable for vegans and vegetarians, they are “aimed at everyone.”

How Do Vegans Make Omelettes?

More people are choosing to ditch eggs for health, ethical, and environmental purposes. Thanks to the growing attention placed on plant-based food, more brands are launching vegan eggs to help people enjoy the flavors they love without compromising on their values.

It was reported earlier this year that a new vegan egg produced by emerging plant-based food brand Alter-native Foods was on its way to the UK. The plant-based eggs, called Alternative Oggs, are made with aquafaba, the viscous liquid that chickpeas are cooked in. The eggs are “good for the animals, planet, and people,” according to the Alter-native Foods website. 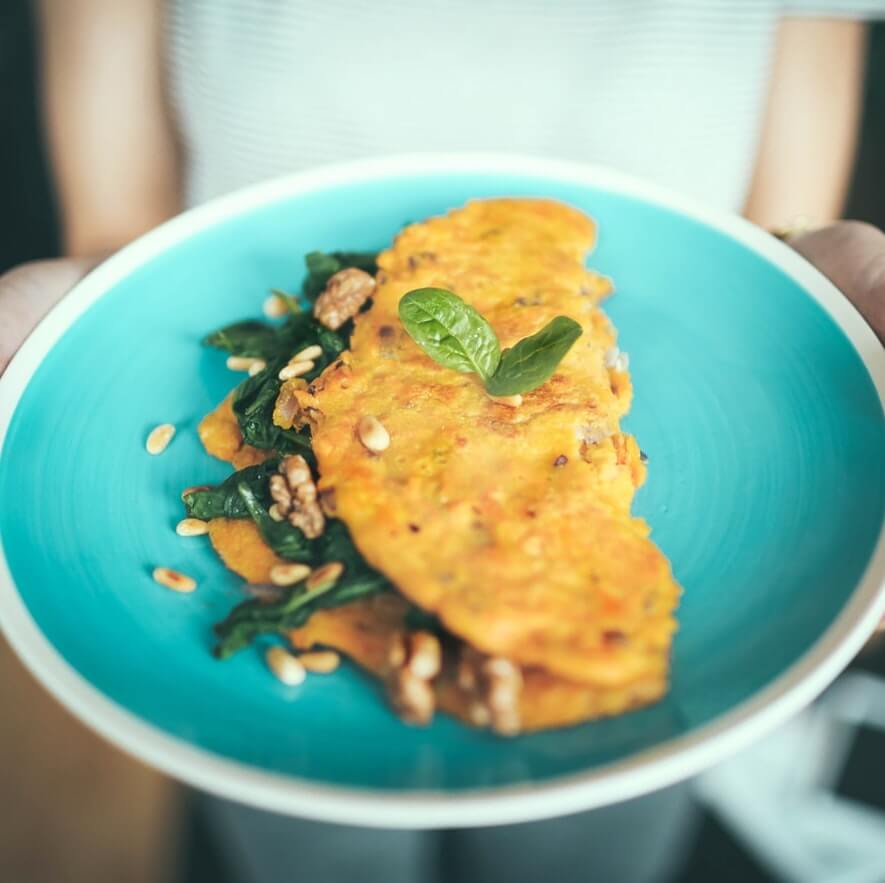 Scramblit, a vegan egg mix made by Spero Foods, can be used to make omelettes, quiches, and scrambled eggs. The egg is made with a handful of ingredients: water, turmeric, garlic powder, black salt, and pepita — the seeds from squash or pumpkin.

Lidl’s vegan Spanish omelette is not its first foray into plant-based food. In UK Lidl locations, the supermarket chain offers two vegan pizzas — the Vegan Bruschetta and the Pizza Veruda — under its own-brand name Trattoria Alfredo. The Vegan Bruschetta pizza is topped with red onion and tomato and the Pizza Veruda features spinach, tomato, and mushroom. Both pizzas are topped with dairy-free mozzarella.

When Lidl first introduced plant-based burgers made by Beyond Meat at its German supermarkets, the product sold out almost immediately.