Lightlife — which labels itself “the plant-based protein pioneer” — announced the launch of its new vegan-friendly product on Instagram.

“Lightlife Ground is here! Look for it in the meat aisle at all [Jewel Osco] stores,” it posted. “It’s everything you crave from traditional ground beef, but made from plants. It’s the fridge staple that makes everything — from lasagna to tacos to chili — shine!” 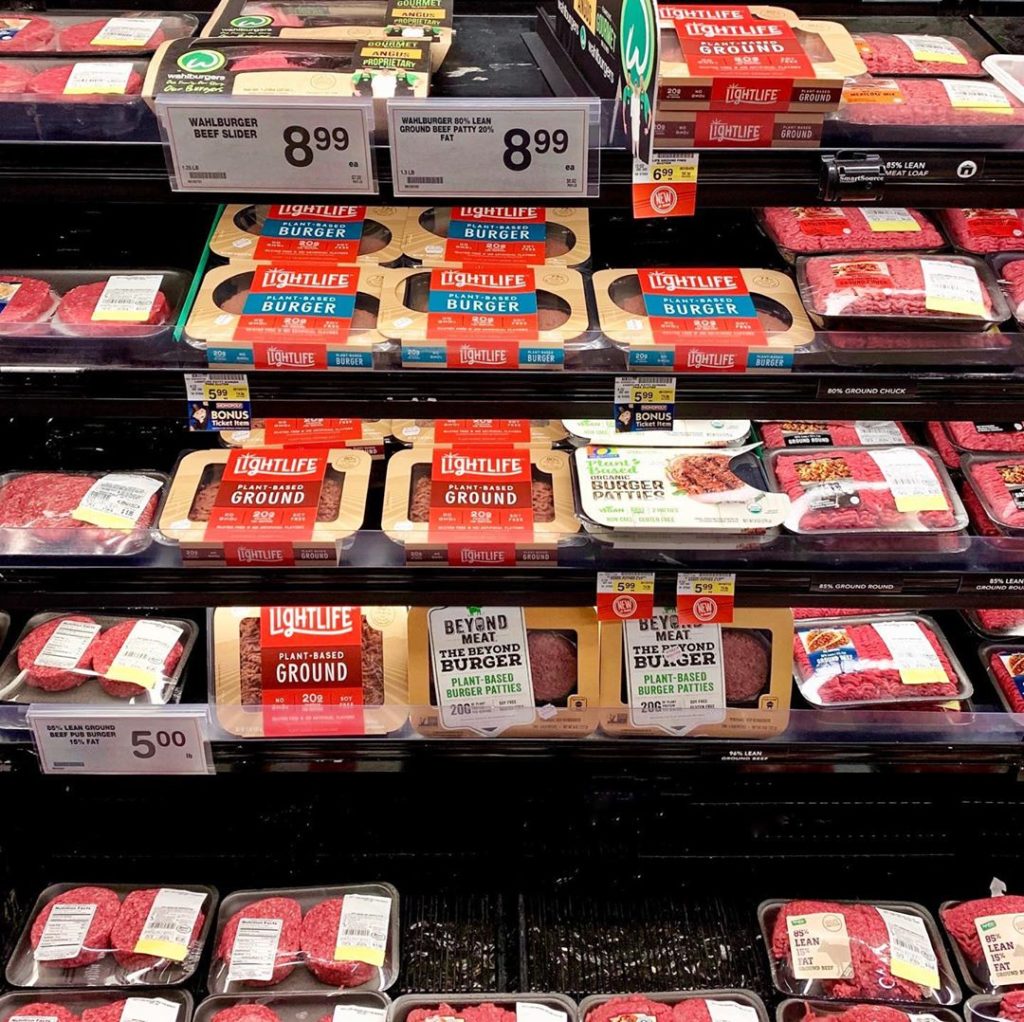 The plant-based Ground Beef — which has the same “juicy texture” as animal-based beef, according to the brand — is stocked in the meat aisle, alongside its own “bleeding” plant-based burger, and Beyond Meat’s Beyond Burger.

Beyond Meat initially championed the idea of placing plant-based meat products alongside real meat products. The brand believes that most of those looking to buy realistic meat-like products are actually meat-eaters, rather than those who follow a vegan or vegetarian diet.

Like Lightlife, a number of companies have witnessed Beyond Meat’s success with the tactic and followed the brand’s lead.

Danish meat brand Naturli’ Foods also sells its vegan mince and burgers out of the meat counter, and in the UK, major supermarket chain Sainsbury’s moved a number of its plant-based meat products into the meat aisle earlier this year.

Phil Lempert, a grocery-retailing expert, told QZ last year, “what Beyond Meat is doing is bigger than meat alternatives. They are opening the door for inviting consumers to think about food in an entirely different way.”

It’s not only meat-loving consumers embracing plant-based products, but the meat industry itself is too.

Lightlife is owned by Maple Leaf Foods, a Canadian packaged meat brand, and U.S. meat giant Tyson Foods previously held shares in Beyond Meat. The latter now has a market value of around $3.8 billion, jumping 163 percent in value after it became the first vegan meat brand to IPO earlier this month.

Maple Leaf Foods is also jumping on the bandwagon. It was announced in April that Greenleaf Foods – a subsidiary of Maple Leaf Foods — will open a $310 million vegan protein factory, doubling the production of Lightlife Foods and its other vegan meat brand, Field Roast.