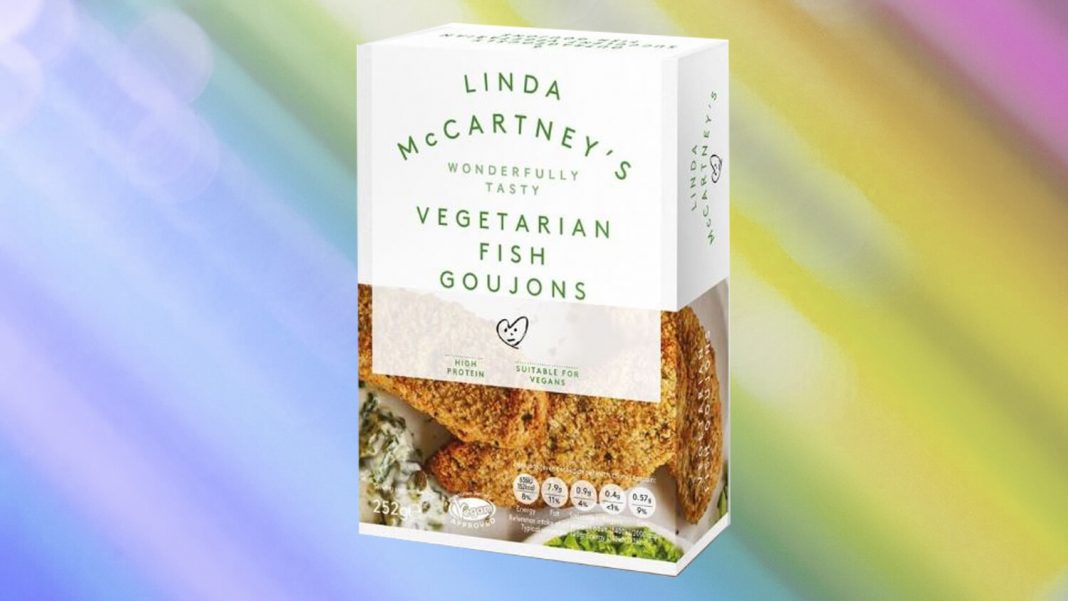 The meat-free brand – founded by the late Linda McCartney in the 1990s – made the announcement on its Instagram account. “Fish are friends, NOT food! Until now,” wrote the company. “Our NEW Vegetarian Fish Goujons are so deliciously close to the real deal, you might not believe they’re [vegan-friendly].”

Earlier this month, Sainsbury’s announced the addition of 29 new vegan-friendly products to its shelves, including plant-based smoked salmon and prawns by Sophie’s Kitchen. The company aims to make sustainable vegan seafood “accessible and delicious to everyone.”

Fish are friends, NOT food! ? Until now… Our NEW Vegetarian Fish Goujons are so deliciously close to the real deal, you might not believe they’re #VeganFriendly ? Now available in Sainsbury’s stores from today! Tag a fish-loving friend in the comments ?

The Need For Sustainable Vegan Fish

Some scientists and researchers believe that if humans do not curb overfishing, every population of wild-caught seafood – such as salmon and tuna – will collapse by 2048.

At the end of last year, the World Wildlife Fund (WWF) released a new report that revealed animal populations have declined by 60 percent since 1970, due to overhunting, climate change, and overfishing.

“Natural systems essential to our survival – forests, oceans, and rivers remain in decline. Wildlife around the world continues to dwindle,” said Carter Roberts, the president and CEO of WWF-US said in a statement. “[This report] reminds us we need to change course. It’s time to balance our consumption with the needs of nature, and to protect the only planet that is our home.”

Across the UK, consumers are becoming more and more aware of the environmental impact of reducing their consumption of animal products, as well as the health and ethical benefits.

Recent data revealed that nearly 3 million Brits would ditch meat, fish, eggs, and dairy this year for Veganuary, an international campaign that encourages people to consider going vegan for the first month of the year.

“For the first time ever, more than half of all UK consumers are reducing their meat consumption and 57% of people believe that reducing meat benefits the environment,” Quorn’s marketing director Alex Glen said at the fishless filets launch event. “There’s never been a better opportunity for convenience retailers to embrace meat-free products and promote their benefits.”