The vegan-certified bars, which are also nut-free and lactose-free, will be part of the brand’s Hello range. 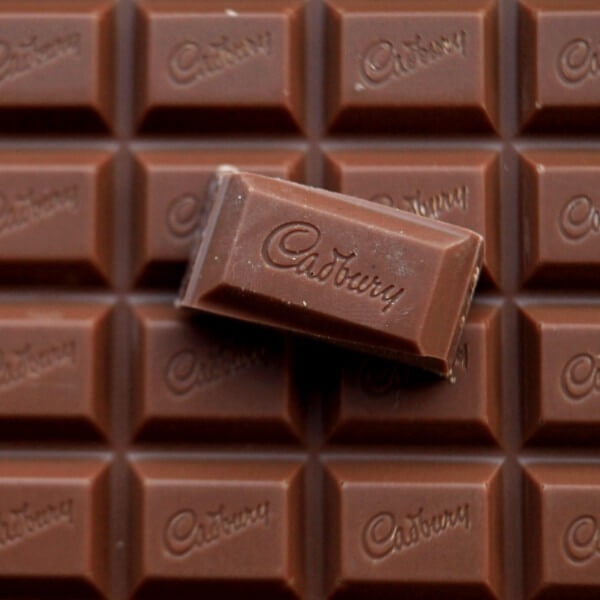 Cadbury could soon be releasing its own vegan milk chocolate bars. | Cadbury

Lindt isn’t the only company churning out vegan chocolate options.

Earlier this year, Mondelēz—the owners of Cadbury—revealed it had been working on perfecting a plant-based milk chocolate option for two years. “We’re always listening to our consumers,” said a Mondelēz spokesperson. “So we can develop and provide people with greater choice.”

They continued, “this includes looking at a plant-based Cadbury Dairy Milk bar.”

The brand has no plans for immediately launching a dairy-free option. It will debut the new vegan milk chocolate option when it “retains the texture and taste that consumers love.”

In response to an increased demand for vegan products, grocery chain Trader Joe’s also revealed its developing vegan milk chocolate bars. It made the announcement on an episode of its podcast, “Inside Trader Joe’s.”

Instead of using dairy milk, the new dairy-free bars will be made with an almond-based ingredient. “But I wouldn’t have known the difference if I hadn’t been told,” the chain’s director of words, phrases, and clauses, Tara Miller, said. “It just tasted like really good creamy milk chocolate.” She added: “I feel like our vegan customers are going to absolutely flip for that particular product.”

The chocolate manufacturer also revealed plans to open a vegan production facility in Schleswig-Holstein, Germany. Barry Callebaut will use the factory to exclusively produce its non-dairy chocolates. The company plans to have the factory operational in 2021.

Lindt’s new vegan chocolate will be available in November and will cost €2.99 a bar.