Could this be the most straight-edge water ever? Sustainable vegan water brand Liquid Death, founded by Mike Cessario, is here to shake up the beverage industry.

Sold in cans decorated with oozing gold skulls and the slogan “murder your thirst,” the new drink is 100 percent non-carbonated mountain water, sourced and canned in the Alps. It contains no flavoring but has a slightly alkaline pH of 8.2 (pure water has a pH of 7).

“If you think about it, it makes sense — everything metal and punk is extreme,” Cessario told Business Insider. “Being vegan is extreme. Protesting the deforestation is extreme. There are more vegans at a heavy-metal show than Taylor Swift show.”

The canned water will “instantly decapitate your thirst,” Liquid Death writes on its website, adding that the beverage boasts natural electrolytes and minerals.

Cessario, the Creative Director of Netflix, created the drink for “extreme” teetotaling punks, The Gazette explains. The brand plays into this largely; its website encourages Liquid Death fans to “sell your soul” by signing up for its mailing list. It also explains its “Thirst Murdering process,” whereby Liquid Death forms “a rope of veins that will wrap around your thirst’s head and strangle it.” 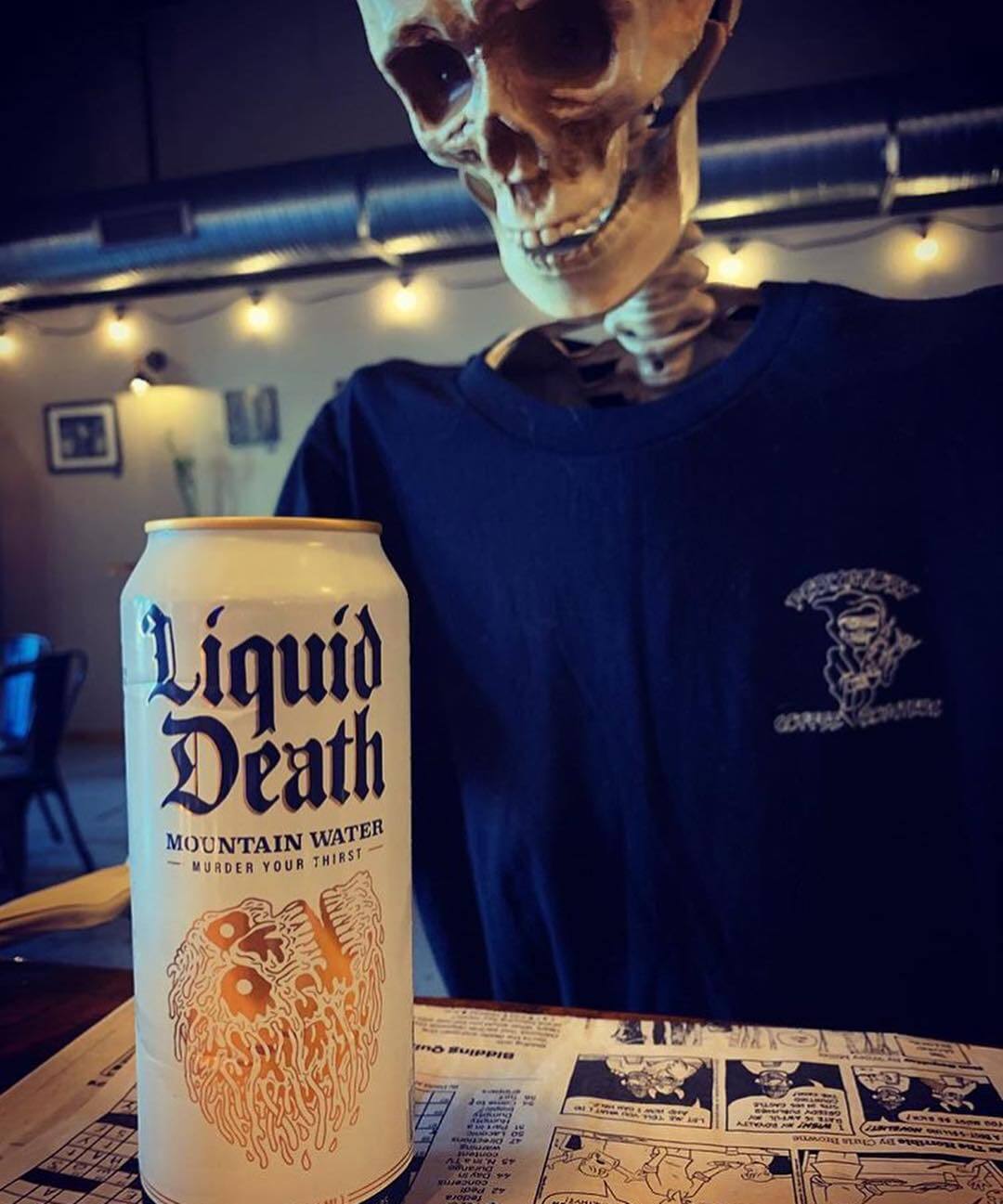 As well as tapping into growing market trends, Liquid Death plays into the public’s growing interest in sustainable consumerism. The brand uses the hashtag #DeathtoPlastic and advertises that its “infinitely recyclable” aluminum can packaging is better for the environment.

A typical aluminum can contains more than 70 percent recycled material whilst a normal plastic bottle contains three percent. More than 75 percent all of the aluminum produced since 1888 is still in use today, Liquid Death writes online.

“When plastic bottles are recycled, the recycled plastic is such low quality that it cannot be used to make new bottles,” it notes. The material is instead sold to China to make cheap carpets and textiles, most of which just end up in landfills,” the startup says.

“If plastic production isn’t curbed, plastic pollution will outweigh fish pound for pound by 2050,” it adds.