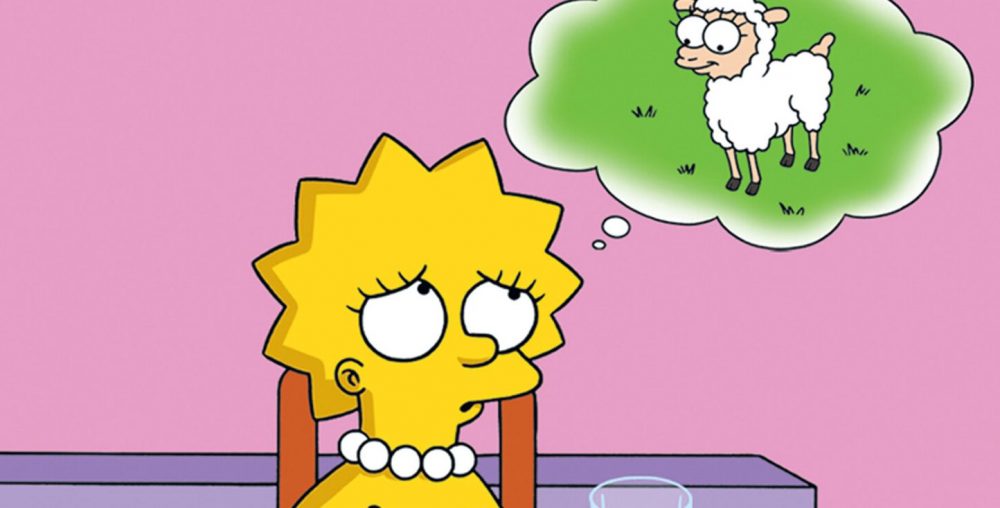 In its seventh season, twenty-two years ago, The Simpsons made history with its fifth episode titled, “Lisa the Vegetarian.”. In a TV series stacked with iconic episodes, this one stands out for its accurate representation of transitioning to — and living — a veg lifestyle in a meat-heavy world.

The premise of the episode reads like many people’s vegan/vegetarian “coming out” stories. Lisa Simpson goes to a petting zoo and falls in love with a cute baby lamb.

Fast forward to dinner, where Marge serves lamb chops. Lisa recognizes the connection between the animal she’d seen earlier in the day and what was now on her plate. Thus, she transitions to vegetarianism right then and there.

Throughout the episode, after that, she’s mocked by her classmates and her family. She’s called an “agitator” by her principal for asking for a vegetarian option at lunch and laughed at during her dad’s barbecue for offering them gazpacho that she’d made.

Eventually, Lisa snaps and steals the pig Homer was cooking for the barbecue. After some wisdom from Apu and famous veg-advocate Paul McCartney, Lisa doubles down on her vegetarianism and is able to find peace and understanding with Homer, who offers her a “veggie back” ride home. Since that episode, Lisa has been a vegetarian and hero to many who’ve followed in her footsteps.
Lisa has long since been a figure of compassion, exploration, and revolution. She’s even inspired a vegan Instagram called Vegan Lisa (@lisaeatsveg), where a small Lisa toy eats out at all the best vegan joints. Here are just a few of Lisa’s favorite vegan eats, thus far:

Twenty-two years ago “Lisa the Vegetarian” brought a veg-diet to the mainstream, on one of the most popular TV shows of all-time, no less. Here’s to hoping we’ll be seeing a “Lisa the Vegan” episode soon. Because if anyone isn’t afraid to stand up for what’s right, it’s Lisa Simpson.