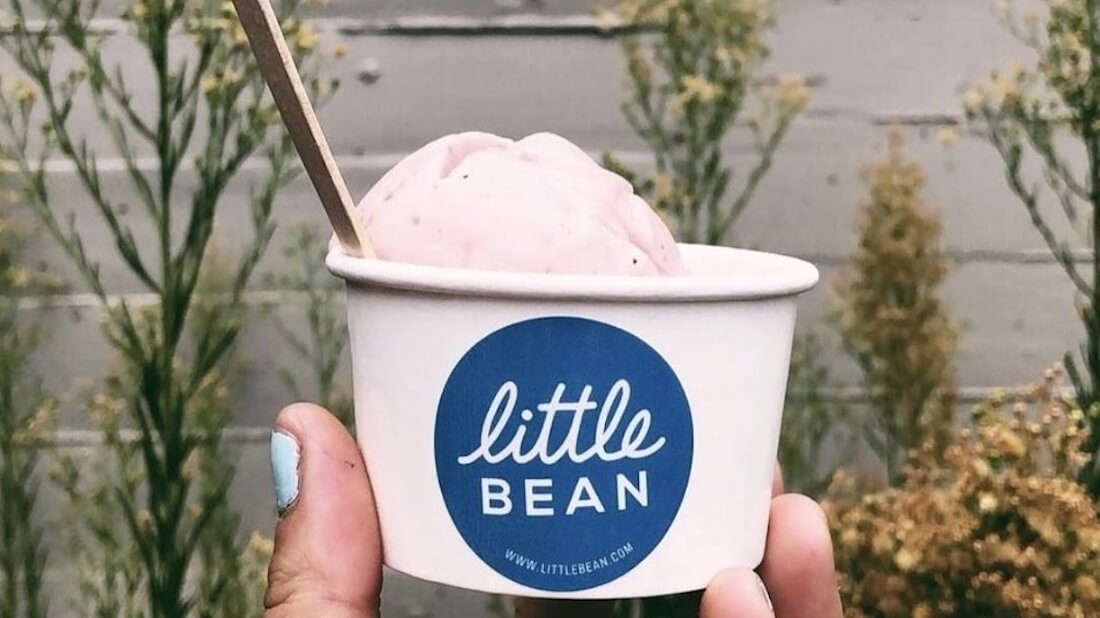 Little Bean Ice Cream, a chickpea-based ice cream company (yes, you read that right), is coming to Portland, bringing its unique frozen treats to a cart, a truck and a dedicated ice cream shop to the vegan-friendly Oregon city.

To excite the locals about the new venture, Little Bean has been dishing out free samples since August, impressing somewhat skeptical customers with its range of flavors. Currently, these include Cookies and Cream, Matcha Mint, Barrel Aged Vanilla, Cold Brew Coffee, Strawberry Sichuan, and Chocolate Chipotle. However, by the end of October, a range of eight flavors will be served at the new shop in Pearl District, including a new Cherry Chai flavor.

The protein and fiber-packed treats are also dairy-free, soy-free, gluten-free, nut-free and non-GMO, making it an ideal ice cream for people of virtually any dietary restriction or allergy.

Founded by Micah Camden and Matt Lynch, the brand sought to accommodate those who want to live a healthier lifestyle without completely giving up their sweets. Speaking to Eater Portland, Camden said, “I’ve never spent as much money on R&D [research and development] as I have on this. I’m not getting into the ice cream business; I’m getting into the education game.” Camden is also the co-founder of brands like Blue Star Donuts and Little Big Burger, yet he had little knowledge of plant-based diets. However, when he realized his body wasn’t happy with a dairy-heavy diet, he sought to revolutionise his own – and others.

Concerned that nut milk did not freeze properly and finding coconut milk’s flavor too overpowering, Camden looked to chickpeas and found they had the ideal starch content for the perfect ice cream texture, without the need for stabilizers.

However, the Litte Bean brand is not just concerned with taste and texture. “It’s for the allergens and it’s for the environment,” Camden says. His chickpeas are locally sourced from Washington, reducing transportation costs; plus, chickpeas are a generally low-impact crop, capable of growing in a drought.

This chickpea ice cream follows the adventurous trend many brands are exploring, experimenting with unique, and often unlikely, ingredients. In the UK, Londoners can now indulge in the world’s first vegan cannabis-infused frozen yogurt from the Yogland cafe. Elsewhere, in the U.S., The Hummus & Pita Co.  launched vegan hummus ice cream and hummus-based milkshakes to celebrate the humble yet versatile chickpea.