Live Nation, the top ticket-selling concert promoter in the world, is adding the vegan Impossible Burger to nearly 40 live event venues in the U.S. It is the first live entertainment company to serve the Impossible Burger.

The vegan burger that looks, cooks, and tastes like beef will be available at 37 amphitheaters as part of Live Nation’s ongoing commitment to “enhance the fan experience,” the company said in a statement. The move comes as part of Live Nation’s ongoing commitment to responsible food sourcing. In addition to locally grown produce, the concert promoter has venue-wide compost programs in place and a zero-waste goal at 20 of its venues to be fulfilled by 2020. “As the world’s largest live entertainment company, we want to inspire the millions of people who come through our venues each year to make a positive change,” said Tom See, President of Live Nation Venues for U.S. Concerts.

“Our partnership with Impossible Burger continues our dedication to responsible food sourcing and is a step towards curating a more climate-friendly menu while providing fans with options that fit a variety of diets and lifestyles.”

Venues in 20 states including California, New York, Texas, Pennsylvania, and Florida will all serve the vegan burger for their summer concert series. 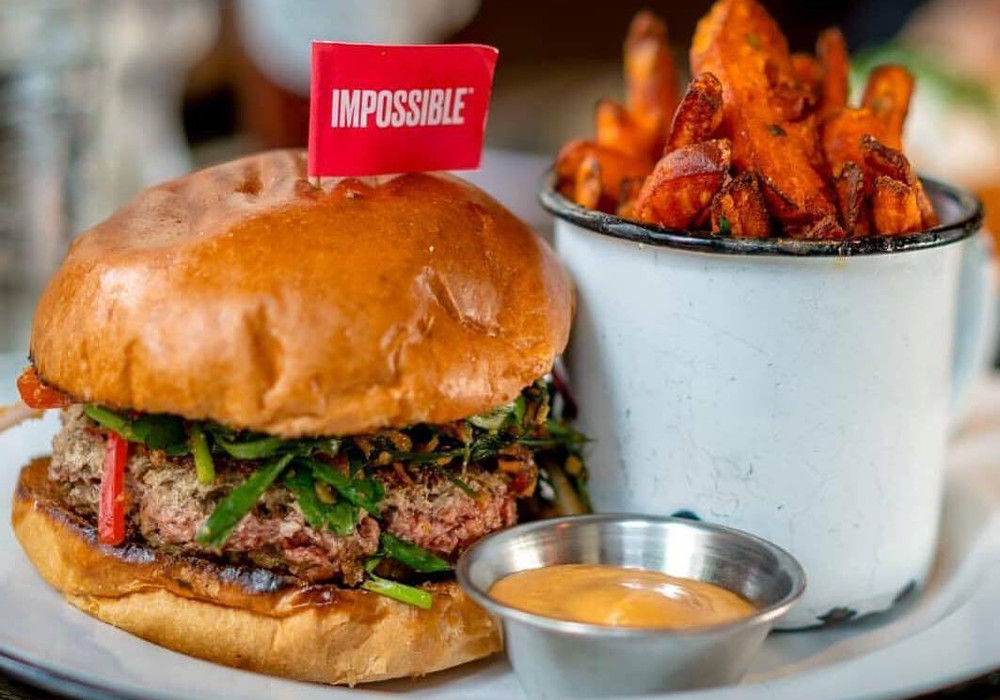 Impossible Burgers launched in July 2016 by the Bay Area startup Impossible Foods. The vegan patties get their texture and meatiness from peas and soybeans. While it looks, cooks and tastes like meat, the burger, like its competitor the Beyond Burger, is significantly healthier than beef burgers. It offers none of the saturated fat or cholesterol found in animal-based burgers. From an environmental standpoint, the patties boast benefits over beef as well; it uses 75 percent less water, 95 percent less land, and generates 87 percent fewer greenhouse gas emissions than red meat.

Air New Zealand just recently became the first airline in the world to add the vegan patty to its menu. The burger is now available on flights from Los Angeles to Auckland, with plans for future flight paths already in the works.

Giants Stadium in San Francisco serves the Impossible Burger and Yankee Stadium got in on the meatless action this past spring when it added the vegan Beyond Sausage to its Bareburger kiosk. And a growing number of stadium venues offer vegan options, from dogs and burgers to nachos, pretzels, and snacks.

The Live Nation venues offering the vegan Impossible Burger include: