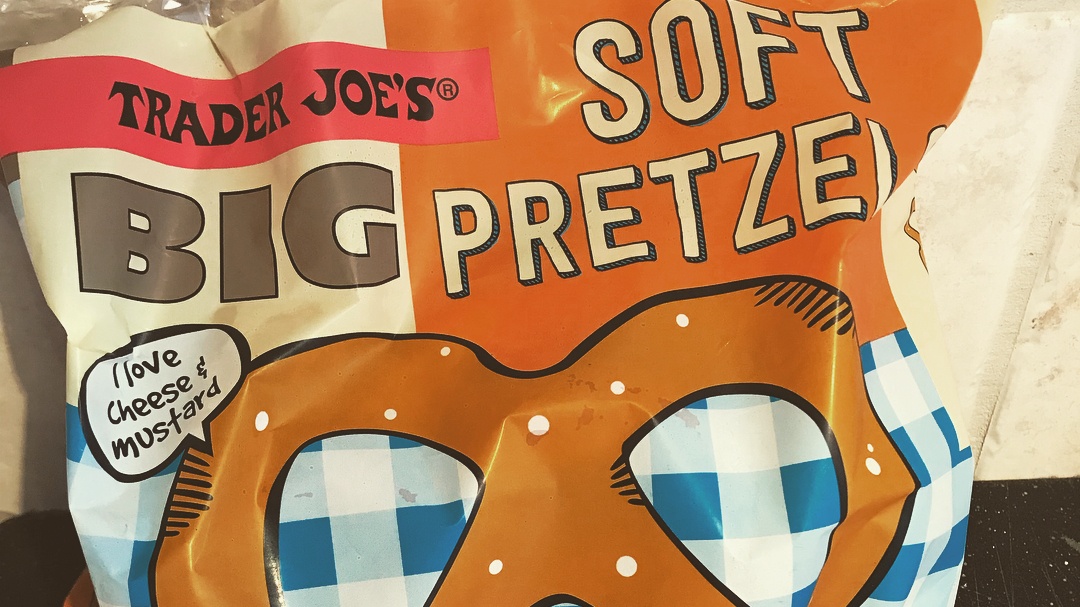 “Holy smokes these are dope af,” the account commented. “They’re frozen and just need to be baked for a few minutes.” Fans of Trader Joe’s appeared to be over the moon about the grocery store’s latest addition to its product lineup; the vegan pretzel post earned more than 11,500 likes, which is well above average for the account.

The pretzels are soft-style, much like the iconic snacks found at NYC hot dog carts and ballparks across the nation. While Trader Joe’s recommends trying the new frozen vegan soft pretzels with traditional fixings like cheese and mustard, the chain’s dedicated fans have come up with some creative serving suggestions, all with products found in the store.

Holy smokes these are dope af. They’re frozen and just need to be baked for a few minutes. A little bit of the salt goes a long ways. 4 decent sized pretzels in a bag. Treat yo self. #vegan #traderjoes #traderjoesvegan #vegancommunity #govegan

One member of the Facebook group Vegan Trader Joe’s, where members can also post finds and meal ideas, shared how she served the pretzel: “Guys (and Gals  :P) I had the new pretzel (frozen section) with Everything but the Bagel seasoning, some [Himalayan] pink sea salt and vegan cream cheese mixed with a smidge of yellow mustard and I can’t begin to describe how yummy it was!  😀 All TJ’s and all delicious!  🙂 A must-try!!!  <3”

While Trader Joe’s is not a vegan grocery store, it caters to rising customer demand for plant-based food with a wide array of private label, and some name brand, selections. It offers some of the lowest prices available on vegan meats like tofu, tempeh, and its customer favorite, Soy Chorizo. The store also offers Tofurky sausages at a cheap price and it recently began carrying high-protein chicken tenders by Lightlife. Earlier this summer, it also launched vegan butter and cream cheese by artisanal plant-based brand Miyoko’s Kitchen.

According to those who have found it, Trader Joe’s vegan big soft pretzel can be found in the frozen aisle, by the desserts and appetizers. The exact location in the freezer may vary by store.