Today, my world just got a whole lot kinder. And it’s hopefully going to make yours kinder, too.

Next month, LIVEKINDLY turns three. The media company that started with me making videos and writing stories after my day job now includes the hardest working 24-7 creative content, design, sales, and tech teams imaginable. It’s already more than I could have ever hoped it would become. But today, I’m beyond thrilled to announce another major milestone: LIVEKINDLY is now part of the newly formed The LIVEKINDLY co.—and it changes everything we know about the plant-based movement, and about the future of this planet.

What started out as a vision to bring thought-provoking and inspiring stories to people eager to change the world, is now in position to take this movement of kindness to an even wider audience.

The newly formed LIVEKINDLY co., founded by Roger Lienhard, an early investor in Beyond Meat and Impossible Foods,  is now the leading collective of heritage and start-up brands with $200 million in funding committed to changing the future of food through the creation of delicious plant-based products, without the need for animals or the depletion of natural resources. And the LIVEKINDLY media division, which will continue to operate independently, will further drive conversation around the global shift to a plant-based diet and compassionate living, featuring industry-relevant news and brands.

It’s a bit surreal that “LIVEKINDLY” is now our parent company’s brand name, representing not just the work we’re doing here in reporting the news, but a collective of brands that includes leading vegan meat producers The Fry Family and LikeMeat. 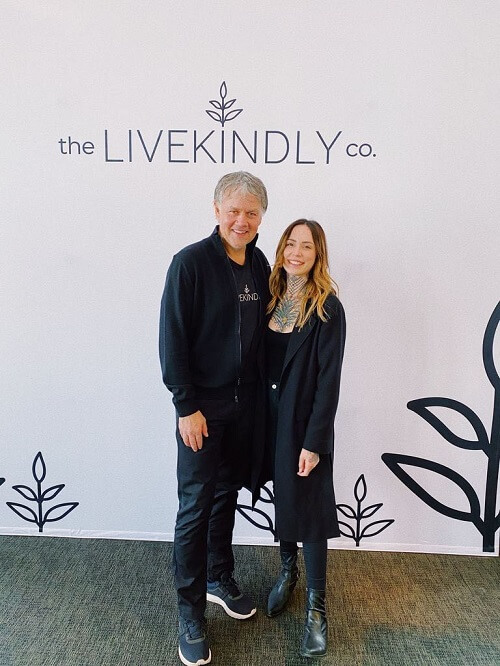 As we regularly report here at LIVEKINDLY, there are more resources than ever for living a kinder life. We can put delicious food—indistinguishable from animal products—onto our plate at every meal. Except, these foods are made from wholesome and healthy ingredients that are linked to reversing illnesses—like the leading killer in the U.S., heart disease—instead of causing it. We can consume food that’s better for our planet, making more efficient use of our natural resources than animal products. Plant-based foods use considerably less water, land, grain, and fossil fuels than the colossal livestock industries that currently dominate. And we can consume food that shows more compassion to all living creatures.

This world is possible. It’s happening right before our very eyes. As major fast-food chains like McDonald’s, Burger King, and KFC launch vegan options, consumers flock to buy them up. Sales of vegan food here in the U.S. have just surpassed $5 billion and show no sign of slowing down. The time is indeed right now.

While much of The LIVEKINDLY co. will focus on bringing more plant-based meat options mainstream, what we do here at LIVEKINDLY Media will stay the same. We’ll still be combing the web for the stories that inspire us all to LIVEKINDLY. Although now, you can expect even more exceptional articles and interviews, videos, and recipes from us.