“I’m eating my feelings because the world continues to let me down,” Lizzo says at the top of the new recipe video. She started her recording career in Minnesota, where the recent death of an unarmed Black man, George Floyd, has led to nationwide protests.

But despite finding some comfort in oyster mushroom fried “chicken,” in a recent interview she said the protests are actually giving her hope. 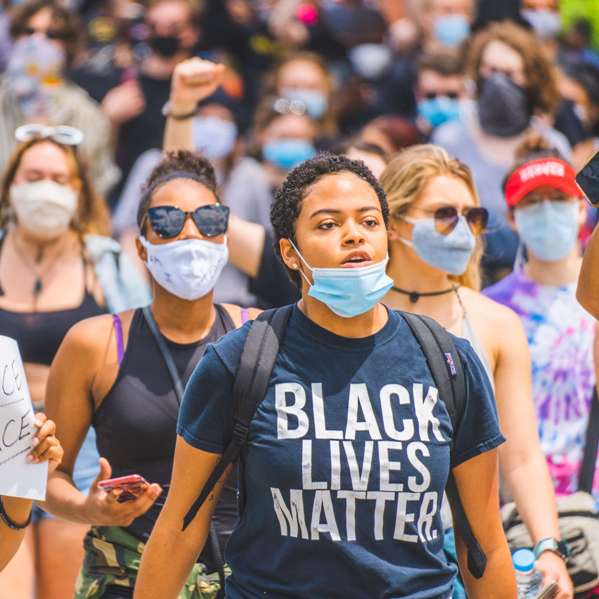 People are protesting police violence against people of color in the U.S. and the UK.

“I’ve never seen anything like this,” she told Black Visions Collective’s Oluchi Omeog during an Instagram Live interview.

“I believe deeply that there are voices that need to be heard,” she said, referencing Shawn Mendes, who handed over his Instagram account to Black activist and organizer, Zyahna Bryant. “Artists who have this position need to make sure it’s in the music, it’s in the movies, it’s being discussed in the board rooms…. The system is broken, but the system is actually working just fine. We need to break the system.”

Protests continue across the country. Tens of thousands of protesters took to the streets of Washington DC today. Many congregated on the newly renamed “Black Lives Matter Plaza.” The section of 16th Street that leads to the White House was renamed—and repainted—on order of Mayor Muriel Bowser.

The street was renamed and repainted with the Black Lives Matter slogan last week. President Trump has been largely dismissive of the movement, threatening to use military force to quell protests and looting. But efforts continue in seeking justice for the death of Floyd and others, including 26-year-old emergency medical technician, Breonna Taylor.  Louisville Metro Police Department officers fatally shot Taylor inside her home.