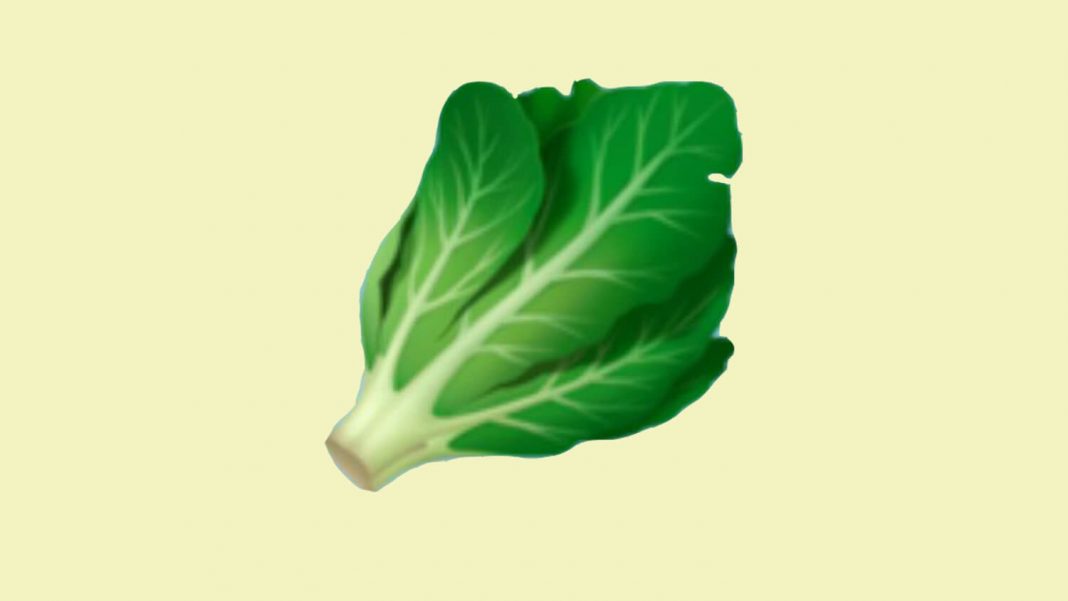 In July, on World Emoji Day, iPhone users found out that the iOS 12.1 release – which we now know occurred in October – would bring with it more than 70 new emojis.

“As always, there will be a selection of animal and food emoji included in this eventual update,” reported tech magazine SlashGear earlier this year. “New animals include a parrot, lobster, peacock, and kangaroo. New food emoji we’ll see include moon cake, mango, cupcakes, and everyone’s favorite: lettuce.”

Despite its debut as an emoji, romaine lettuce is having a rough year. On November 26, the FDA stated that it was investigating an E. coli outbreak associated with eating the vegetable.

When ingested, E. coli – a strand of bacteria – can cause a host of unpleasant symptoms, including nausea, stomach cramps, and fever. For some, such as the young, the elderly, and the vulnerable, E. coli can even be life-threatening.

Romaine lettuce is back!!!? The outbreak was linked to a few areas in Cali. Something good came out of this… The FDA negotiated a deal with the romaine industry for a new, voluntary labeling program designed to speed up traceback investigations and recalls. The harvest date and labels would help consumers stay safe. Follow @synergisticallies for all things food safety. #foodsafety #romainelettuce

It is plausible that the E. Coli outbreak, which occurred in California, was caused by Romaine lettuce being contaminated with animal feces, or being handled unhygienically. According to CBC News, “Escherichia coli, its full name, is a type of bacteria commonly found in the intestines of animals and humans.”

The FDA has since stated it’s safe to eat some romaine lettuce, as long as it was not grown or shipped from California.

The risk of developing food poisoning from plant-based foods is lower than meat-based ones. In fact, a study from the summer revealed that following a vegetarian or vegan diet means you are less likely to get food poisoning than if you consume meat.

Examining the presence of E. coli in particular, the study looked at 100 kitchen towels following a month of use. It found that the bacteria was drastically more prevalent in towels of families that often prepared and ate meat.

The study’s lead author Susheela D. Biranjia-Hurdoyal said, “Diet, type of use and moist kitchen towels could be very important in promoting the growth of potential pathogens responsible for food poisoning.”