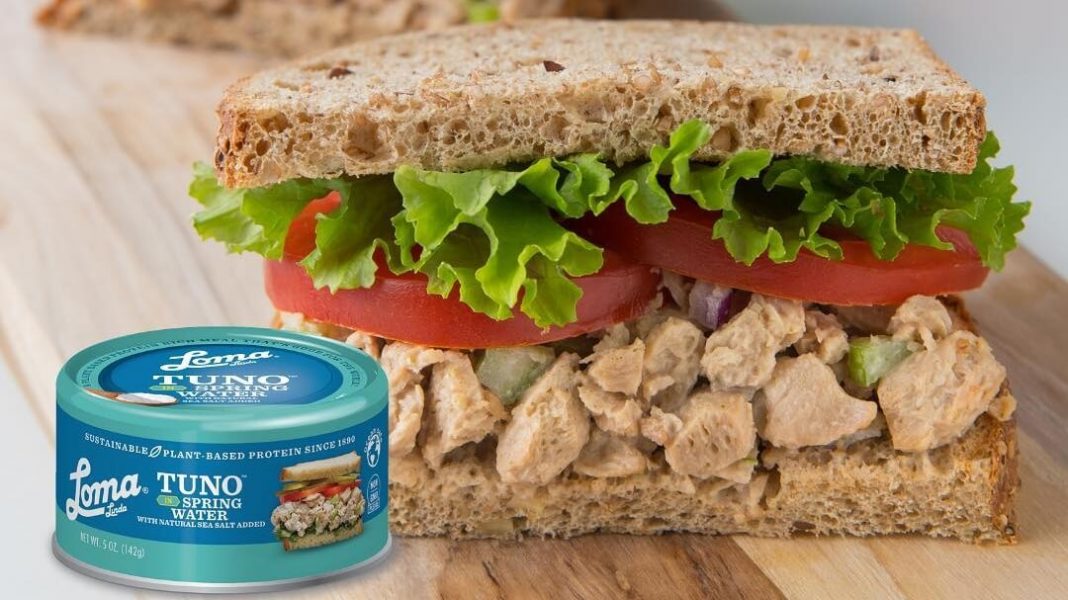 A new vegan seafood is on its way to the United Kingdom. The North Carolina-based Atlantic Natural Foods — which owns vegetarian protein brand Loma Linda — is gearing up to launch its fish-free “Tuno” to the British market.

Loma Linda has produced sustainable plant-based foods for over a century —  it started operating in 1890. Expanding on its line of ready-made “heat and eat” meals, as well as meal starters and canned food, its new plant-based seafood is said to taste just like the real thing.

The products are low in fat, an excellent source of protein, and contain 8 to 20 percent less sodium than their fish counterparts. Since they contain no animal products, they are also free from cholesterol. As well as tins, the brand’s fishless tuna range is available in sachets in flavors Thai Sweet Chili, Lemon Pepper, and Sesame Ginger.

Don’t have the time to prepare a 5-course meal? Who does! Pick up our Fishless Tuna, @followyourheart vegenaise, tomatoes, lettuce, bread and make yourself a healthy and delicious Fishless Tuna sandwich! Quick and easy to prepare and filled with real ingredients and flavors for a 100% plant-based meal. #LomaLinda #vegan #fishlesstuna #tunasandwich

Over the past year, All About Healthy Foods Holdings (AAHF), which owns Atlantic Natural Foods and Loma Linda, has modified the flavors and packaging of its Tuno product to appeal to British consumers. The company is optimistic about the launch, given the positive feedback from US consumers.

“As we continue our journey in food development, we are pleased with the enthusiastic consumer reception of our ready-to-eat meals, and we’re exceptionally bullish on our newest creation, Tuno,” commented AAHF Chairman J. Douglas Hines.

Hinting at more products on the horizon, he said, “Tuna to Tuno is a culmination of years of development. Going forward, we will continue to innovate and create long-term, sustainable protein sources and resources to support growing populations around the world.”

Loma Linda’s new vegan Tuno will launch at the Natural and Organic Products Europe trade show in London in April.