Los Angeles’ Circle V popularized the vegan food and music mashup, and now the concept is traveling overseas. Vegstock, London’s first vegan music festival, just announced its dates and will take place on September 16 and 17 at The Piano Works.

The Vegstock music event will combine the best of the vegan food festival world with a rocking line up of live bands. Attendees will have their pick of plant-based snacks and meals along with an assortment of ethically-made apparel and jewelry booths. Over 11 musical acts are scheduled for the weekend, including Eden & The Aftermath, Amorie, The Dirty Fairies, RIIVER, Harry Monk, and more. Food will be provided by Vegan Sweet Tooth London and Shakey Shakey Vegan, though additional vendors may be announced later on. 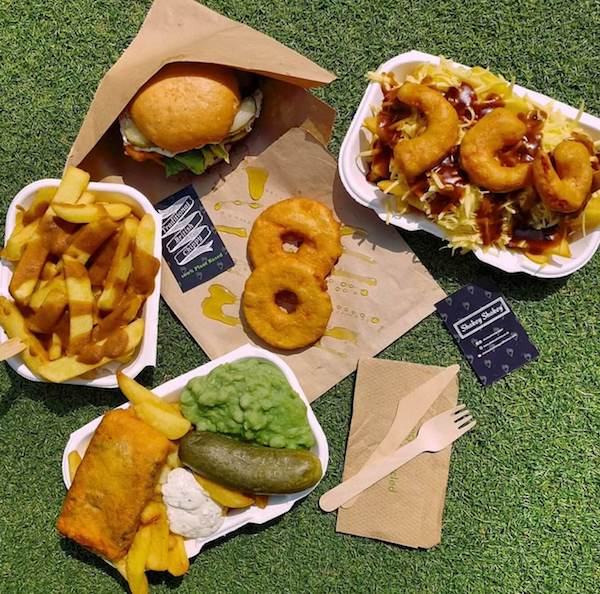 Ticket proceeds will be donated to Open Cages, an animal rights non-profit dedicated to curtailing the suffering of farm animals. The organization works to implement systematic social change by documenting abhorrent factory farm conditions and educating others about practicing compassion toward all animals.

Like Los Angeles, London has its fair share of vegan-friendly festivals. This August, the month-long vegan festival, V For, will host a series of plant-based events celebrating the best of vegan food, fitness, fashion, and wellness. The city is also known for its regular vegan pop-ups, such as the Soho Vegan Market, which takes place every Saturday, featuring the best of the city’s vegan small businesses and street food.

Plant-based foods have become increasingly popular in the UK, and not just among strict vegans. Many of the country’s leading supermarkets, including Tesco, Sainsbury’s, Waitrose, and Iceland have dove into the plant-based product market, creating their own vegan lines as well as partnering with compassionate companies. These grocers have released positive reports in the plant-based sector. Iceland’s No Bull Burgers, a vegan burger reminiscent of the Beyond Burger, has consistently outsold wagyu beef since its launch in April, and the innovative vegan steak from Vivera is “flying off the shelves at Tesco,” according to Vivera’s commercial manager, Gert Jan Gombert.

Early bird tickets for Vegstock are now available on Eventbrite, and additional details regarding the food and band lineup can be found on the festival’s Facebook page.