Innovations in vegan food have come a long way. Plant-based chefs and entrepreneurs have mastered veganized versions of animal-based comfort foods, from gourmet grilled cheese to mile-high, juicy vegan burgers. However, a few items have proven to be more difficult to transform. Vegan croissants are one of the few foods that have left countless vegan bakers in frustration. Until now.

The Artisan Bakery in West London was just recognized for the best vegan croissant in London by the Evening Standard. Considering a traditional croissant is made with fifty-five percent butter, this was no easy feat. Instead of swapping in vegan butter, the bakery used grapeseed oil and shortening for natural sweetness.

Artisan Bakery CEO, Andrew Murray, told Evening Standard that it took his team six months to perfect the recipe.  “Our biggest challenge was to develop a type of shortening which stood up to the taste of French butter, it was incredibly important to get the recipe exactly right,” he said.

Murray says he was committed to producing a pastry that could compete with the traditional, butter-laden variety, “Any pastry chef would agree that the defining qualities of a good croissant are warmth, butteriness, lightness, and fluffiness, so replacing half the ingredients was a big risk; which is why it’s taken us six months of development to create the perfect, equivalent, if not better, recipe.” 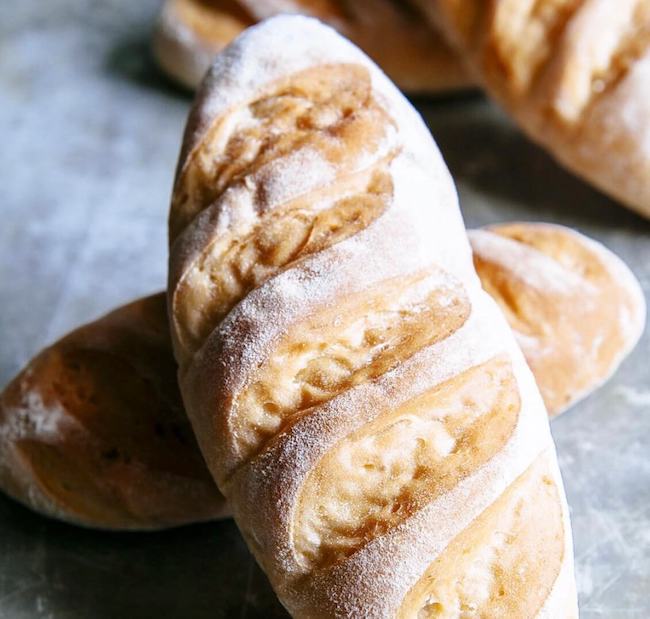 The “perfect croissant” is just one of the many options vegan customers can choose from when they visit Artisan Bakery. In February, the shop introduced a full range of flaky vegan pastries, from pain aux chocolate to pain aux raisin. The bakery also makes a wide range of breads, which have always been vegan.

To comment on this shift toward more vegan options, Murray told Ealing Times, “With the huge trend in flexitarianism and responsible eating, coupled with the fact that high-quality vegan pastries are incredibly elusive, it made sense for us to try to answer that gap by experimenting with our pastries.”

London already boasts a number of completely vegan restaurants and pubs. With these new vegan croissants, Londoners can treat themselves to a flaky pastry in the morning, a fully loaded taco salad for lunch, and even vegan fried chicken for dinner.