An exclusive vegan members’ club is starting in east London.

The BRIGHT Club was formed by ethical lifestyle magazine BRIGHT Zine. Members of the club – who must be vegan or work for a business supporting the plant-based, cruelty-free cause – will have access to a private co-working space in Hackney as well as exclusive events. Talks, panels, networking events, and yoga will also take place there.

The co-working space, which seats up to twenty people at once, is located in The BRIGHT Store, which serves up coffee, cakes, and croissants made by local vegan companies, playing into its mission to support vegan businesses. Other products, like CBD oil, crisps, and beauty products are available. BRIGHT Zine also sell hats, tote bags, and reusable straws and cutlery under its Vegan Queen brand.

BRIGHT Zine brought its club idea to life with the help of BRAN Investments. The BRIGHT Club is said to be the first of its kind, however, BRIGHT Zine intends to open more spaces like it across the UK this year.

As well as being a place to work, relax, and connect with like-minded people and businesses, The BRIGHT Club holds a focus on boosting young vegan startups to where they want to be by providing them with the relevant tools and access to potential investors.

The Hackney space is open to non-members, too, who are encouraged to attend the events held there. 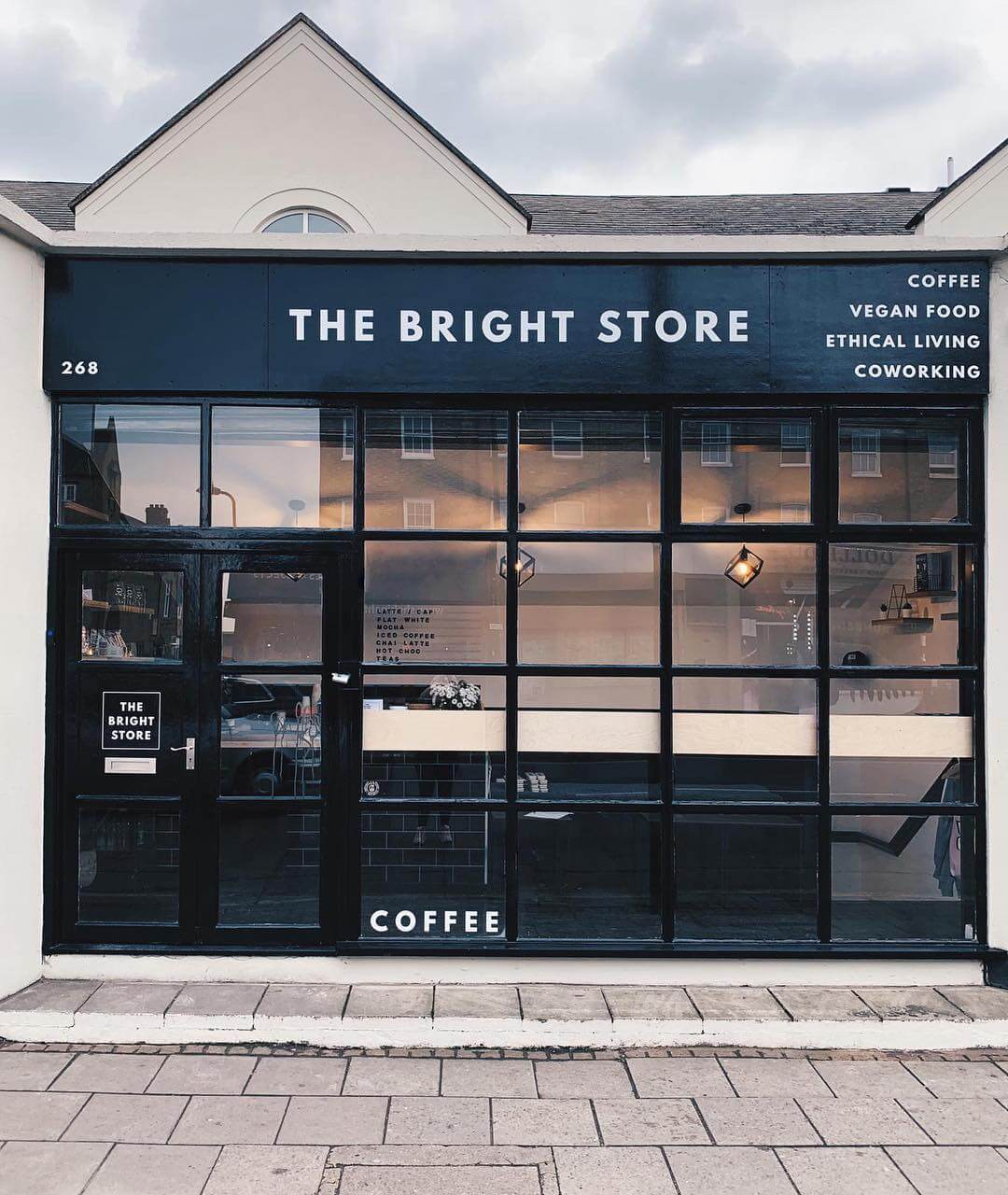 The BRIGHT Store is situated in Hackney | image/BRIGHT Zine

Laura Callan, founder of BRIGHT Zine, said to LIVEKINDLY, “We’re so excited to be creating this space to help support, nurture and connect the growing vegan community.”

“We’re giving BRIGHT a home, and we’re inviting other businesses, freelancers and the vegan community to join us and create, learn and inspire. Who knows, maybe the next big vegan business will start here,” she added.

The UK has seen a surge of veganism over the past few years. This year’s Veganuary – the month-long campaign started in the UK that encourages people to go vegan in January – saw a record-breaking 250,000 people sign up.

The BRIGHT Store is open 7 days a week from 8am to 6pm. The BRIGHT Club will open in June.