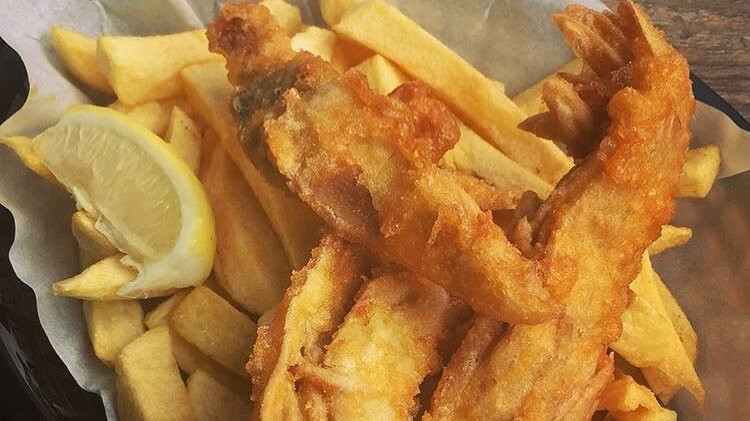 Popular London-based seafood restaurant Sutton and Sons has announced that its Hackney location will soon re-open with a completely vegan menu.

“News just in…. due to popular demand we have a new VEGAN ONLY branch launching at our 240 Graham Road site on 4th October,” the shop wrote on its official Facebook page. “The former site will be moving a few doors down. Please follow @suttonandsonsvegan for more information.”

The popular family-run fish and chips shop first launched a vegan menu at all three of its locations last March in response to growing consumer demand. Its plant-based fish and chips, made from banana blossom marinated with seaweed to impart an authentic fishy flavor then fried to a golden crisp, quickly became one of the restaurant’s top sellers.

The Sutton family, which operates three fish and chips shops including the new vegan establishment, has been in the business of making the traditional British dish for nearly 20 years. They are not alone in realizing the rapidly growing popularity of plant-based food in the UK, where the number of people who identify as vegan has surged by 700 percent in just two years.

Last May, pub chain Greene King Flaming Grill added vegan fish and chips to all 140 of its locations across the UK. The dish features VBites plant-based fish steaks served with side of mushy peas and chips. Last November, Gloucestershire’s Simpson, which was named Britain’s best fish and chips shop in 2016, added housemade “tofish” and chips to the menu. The restaurant’s plant-based seafood is made from tofu wrapped in seaweed that’s fried until golden and crisp.

While vegan fish and chips aren’t on the menu, London’s Blacksmith & Toffeemaker pub ditched all animal products at the start of the year in a bid to be more sustainable. Famed London-based French fine dining restaurant, Gauthier Soho, announced last June that it would go vegan in response to the popularity of its plant-based options and recent ethical revelations of its owner and head chef, Alexis Gauthier.

Sutton and Sons’s vegan location is set to open on October 4, just a few doors down from its original Graham Avenue location in Hackney.