The Carpenter’s Arms in Bethnal Green – formerly owned by infamous London gangsters Reggie and Ronnie Kray – is turning into a vegan-friendly hipster haunt under its new ownership.

According to The London Economic, Oliver Trotel Dimaria will now run the establishment, modernizing the menu with vegan food options and craft ales.

Peter, the new manager of the pub, told the publication, “We don’t want to change much, we won’t be raising the prices. We want to keep the regulars and locals happy and will stock from a local baker and brewery. We want to add more vegan and vegetarian draft beers and dishes to the menu.”

The Kray twins – known for their organized crime in London’s east end, where they committed a number of serious offenses including murder and armed robbery – grew up around the corner of the Carpenter’s Arms, which they bought in 1967 for their mother. 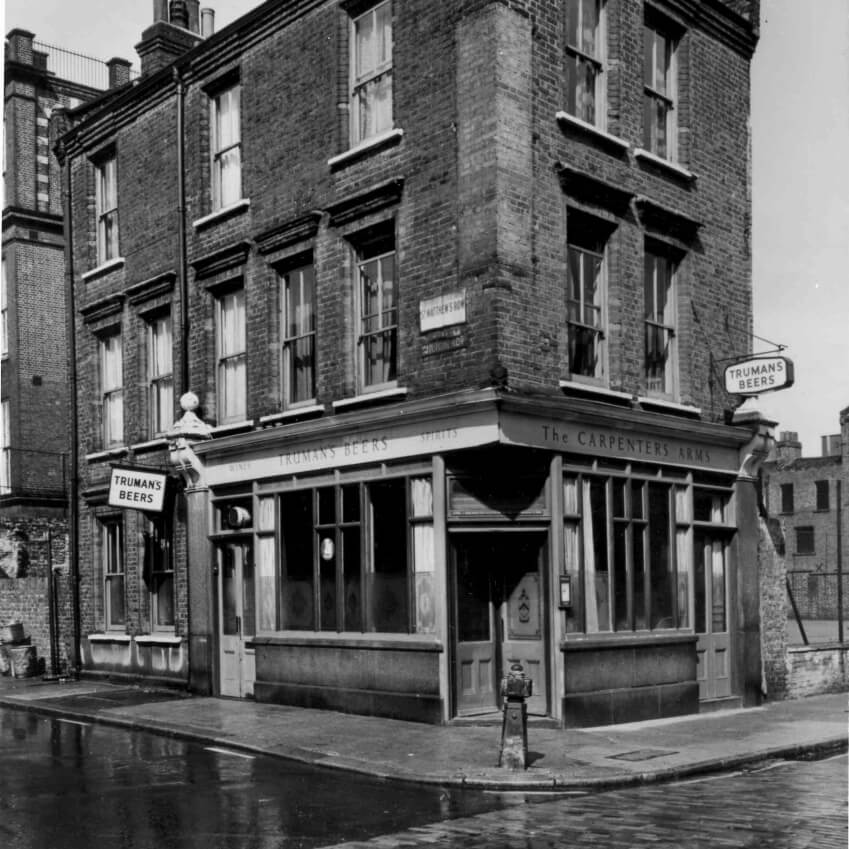 Before they were convicted of their crimes in 1969, the pair were seen as celebrities, hanging out with the likes of Judy Garland, Diana Dors, and Barbara Windsor. Now, long after their deaths, the duo are still seen as notorious intriguing figures in London’s past, with fandoms, books, and films still being created about their lives.

The most recent blockbuster made about the pair was 2015’s “Legend,” starring animal-lover Tom Hardy – the A-Lister recently spoke out about “backyard dogs,” pets left chained up outside in all weather conditions and neglected by their owners. Hardy played both the Krays in the biographical thriller, which charted their career to their life imprisonment.

Customers interested in the life of the Krays could chat to the new manager himself about what they were like in their heyday, as Peter used to serve the twins’ older brother Charlie when he worked at Studio Valbonne, known as London’s hottest nightclub.

He recalled, “He had a key finder which said naughty things when you whistle. That’s what I remember about him. It’s a funny coincidence that I am now working at the pub they owned.”

Located on Cheshire Street, The Carpenter’s Arms is open every day of the week until 11:30 pm and 12:00 am on Fridays and Saturdays.