The water pouches are made by Skipping Rocks Lab, a London startup that’s developing alternatives to consumer products typically delivered in plastic.

“The changes and the trials we’re introducing for this year have the potential to change how mass participation events are delivered in future,” Hugh Brasher, the marathon director, told CNN.

Tens of thousands of runners were offered water in the Ooho! pods during the race. They can be bitten to release the water inside the seaweed membrane. The outer cover can also be ingested. But if not eaten, they biodegrade in a matter of mere weeks as compared with plastic bottles that take hundreds of years to decompose.

“What we use is the building blocks of seaweed,” Rodrigo Garcia Gonzalez, one of the startup’s founders, told CNN. “We remove all the green stuff and the smelly stuff.”

What’s left is almost a gel, like Jell-O that’s been left to thicken. 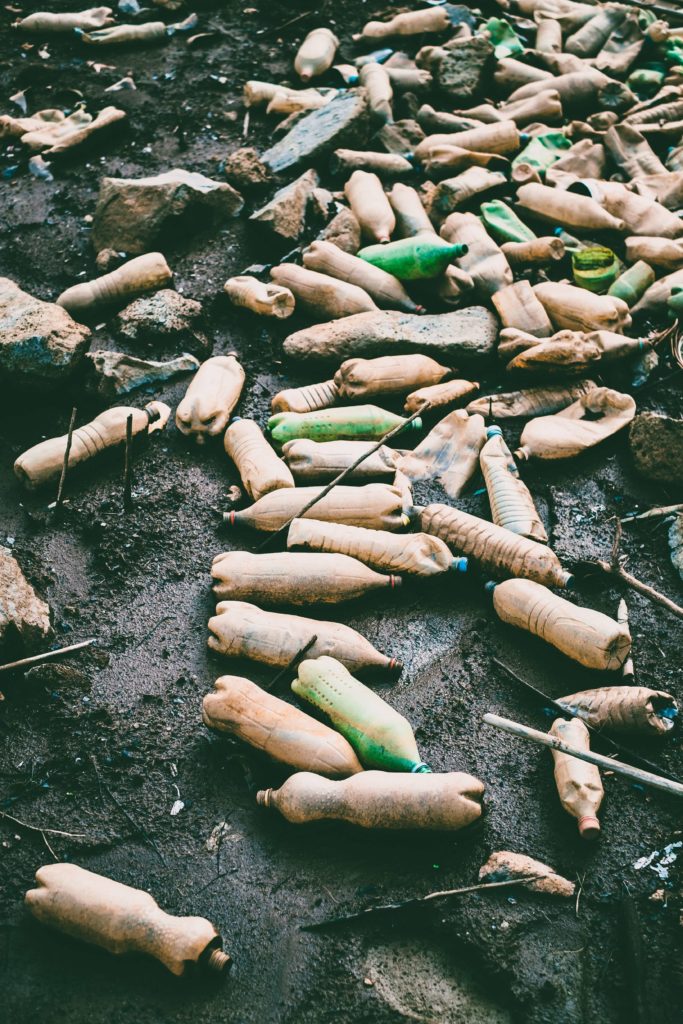 Plastic pollution is a leading cause of death for marine animals.

“The marathon is a milestone … we are hoping we will demonstrate that it can be used at scale in the future,” said Gonzalez.

Skipping Rocks is developing a number of products that have made a splash at impact events.

“Espresso Martinis have been the most popular product at festivals, where eating the packaging is also part of the experience,” said Pierre-Yves Paslier, Garcia Gonzalez’s business partner.

The founders say the mission of their company is to “make plastic packaging disappear.”

They’re formulating alternatives to plastic in other areas, too: cling film and liners in coffee cups are already in the works.

According to CNN, the race handed out nearly one million plastic water bottles in 2018.

Plastic is the leading cause of waste and ocean pollution. A 2017 study revealed that less than ten percent of the 8,300 million metric tons of plastic produced has been recycled. Most goes to landfills, CNN notes, and much of that, as well as the plastic improperly discarded, winds up in the oceans. Plastic poisoning is quickly becoming a leading cause of death for marine life.