La Fauxmagerie — the UK’s first-ever vegan cheesemonger — has expanded due to overwhelming demand since it first opened in February.

Earlier this month, La Fauxmagerie’s first location in Brixton Market, London, closed its doors for the last time. But as one set of doors close, another set opens — and in this case, doors are opening in Cheshire Street, in East London.

The expansion will also allow La Fauxmagerie to process more orders and sell its vegan cheeses online, something that the company has received like “approximately one million requests for,” according to an Instagram post. 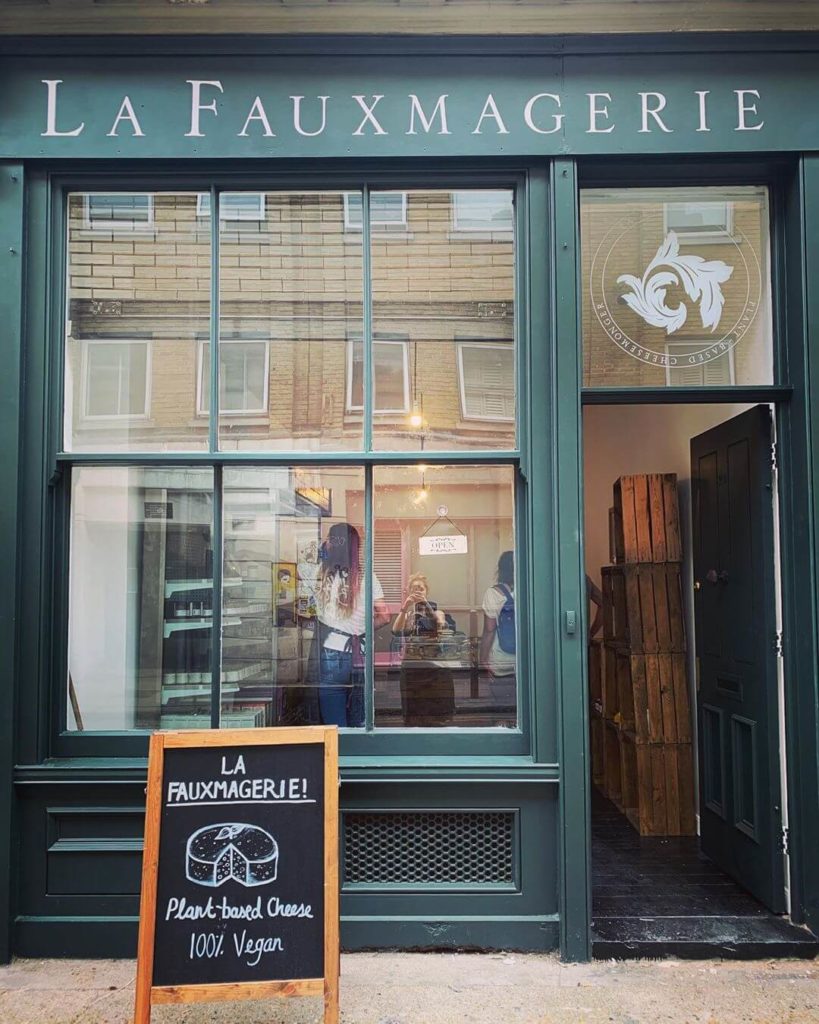 “You have continued to surprise us with your overwhelming support,” the company wrote. “In just 5 months we have: grown from stocking around 60 cheeses from 9 artisanal suppliers to 120 cheeses from 17 suppliers, served over 6,047 wonderful customers, and gotten approximately one million requests for an online shop.”

“We have heard all your pleas,” it continues. “And have been working tirelessly behind the scenes to bring you all of the awesome cheeses you deserve.”

Founded by sisters Rachel and Charlotte Stevens, La Fauxmagerie says the main aim of the shop is to provide more options for those who are dairy-free, and show consumers that vegan cheese can be incredibly tasty.

“Historically, vegan cheeses have been seen as undesirable alternatives to their dairy counterparts,” Rachel said earlier this year. “La Fauxmagerie aims to challenge that perception by stocking artisanal vegan cheeses that are truly delicious in their own right.”

Vegan cheese is becoming more popular in the UK. Supermarkets across the country stock own-brand dairy-free cheeses, as well as products by Greek-based Violife (which aired the first-ever vegan cheese advert on UK TV earlier this year), and Sheese by Bute Island Foods. At the beginning of the year, the latter was added to Papa John’s new menu. The vegan option was so popular with consumers it sold out within the first 24 hours of availability.