If it seems like fashion owns the world, one thing’s for certain: fashion owns animals in more ways than one — from leather and fur to feathers and bones — animals aren’t just on our tables; they’re in our closets, too.

Now, the topic of sustainability and promoting vegan materials is set to be the focus of the Victoria & Albert Museum’s next major fashion exhibition – Fashioned from Nature, which will feature 300 items on display showing the trajectory of fashion from its exploitive roots to its ethical future.

Some historic items on display include 1870s earrings made from the whole heads of red-legged honeycreeper songbirds, a cape of cockerel feathers, a pine marten fur hat, and a muslin dress adorned with the wing cases of hundreds of green metallic beetles. 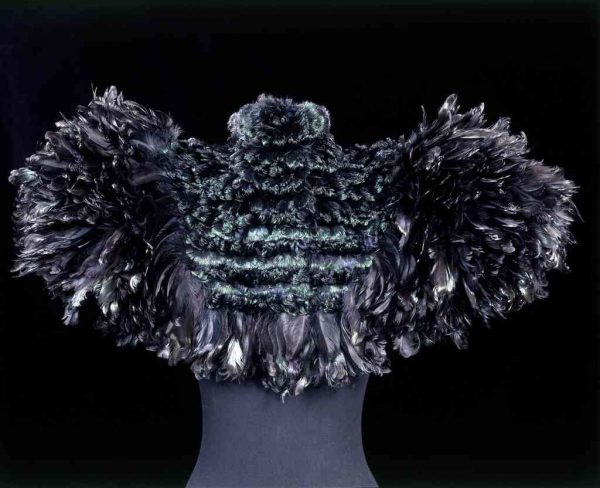 In addition to exposing animal-derived materials, the exhibition sheds light on raw fibres used to make aesthetic accouterments, like wool, silk, flax, and cotton. Although uncommon in today’s society, also on exhibit are whalebone and turtle shells, which were considered luxury materials in the 1700s.

Fashionistas of every era have been pursuing increasing their wardrobe options with the latest trends. To keep up, production has upscaled to an almost immeasurable point. In this day and age, human workers are exploited by being overworked and underpaid in unsafe sweatshops. What has been dubbed the ‘Fashion Revolution’ led to many activist groups campaigning and protesting for a more sustainable and ethical fashion world. These efforts are also displayed as art in Fashioned from Nature. 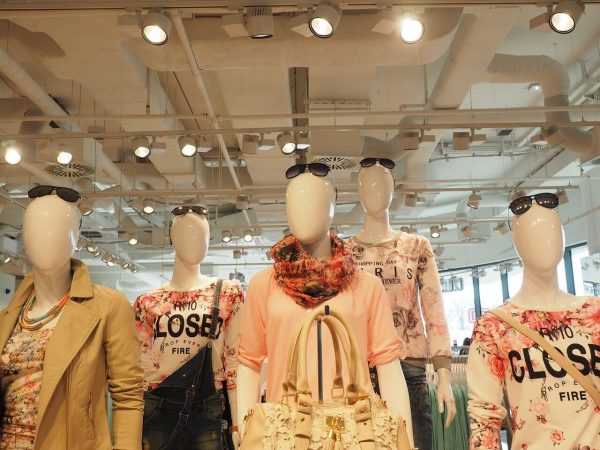 The ‘#WhoMadeMyClothes’ is a recent campaign where garment tags feature the stories and sometimes the pictures of the workers who made their clothes in an effort to push transparency. Corresponding bold slogans and posters are featured in the exhibit highlighting what can be the very un-glamourous side of clothing. Nearby is ethical designer Katharine Hamnett’s 1989 ‘Clean Up or Die’ collection and a Vivienne Westwood inspired mannequin. Stella McCartney’s cruelty-free materials, Christopher Ræburn’s upcycled military fabric-wear, clothing made from recycled bottles and citrus waste have their spot, too, with light cast on innovative, eco-friendly and humane fashion. The exhibition will run from April until January 2019.

Image Credit: Victoria and Albert Museum, London via The National