The first ever vegan diner to open up shop in London, Rudy’s Dirty Vegan Diner, is now premiering a stall in the North Yard of London’s iconic Camden Market later this month. The market draws about a quarter-of-a-million people every week.

The diner specialises in catering to the demand for American-style fast-food in London, yet Rudy’s is “servin’ up vegan junk food.” Rudy’s Dirty Vegan Diner will bring its signature dishes to the market, including the Dirty Burger, a plant-based meaty feast, and Dirty Dogs. 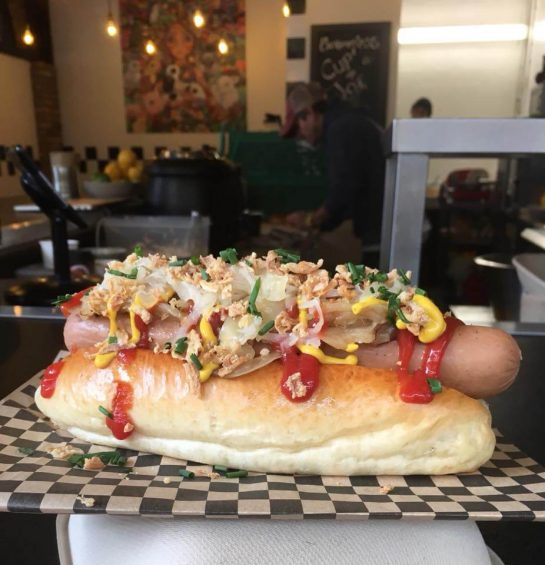 Popular dishes including Philly Cheese Steak, Spicy Vegan Buffalo Wings, complete with Blue Cheeze, and Country Fried Chicken will also be on offer. “Camden Market has a hugely international appeal and constant flow of worldwide visitors, particularly as a London hotspot for school trips,” the market’s organizer’s old the Evening Standard. “We therefore felt it would be a prime location to bring our concept to life to the widest audience of children possible. The Market also already has an established vegan following and we’re excited to see what they think of our food.”

Camden Market is seeing an increase in vegan food options recently. In February, Camden Market announced that it banned the sale of fur, a trend picking up momentum in the fashion world as well as with major labels including Tom Ford, Gucci, and Versace, all dropping animal fur from their lines. 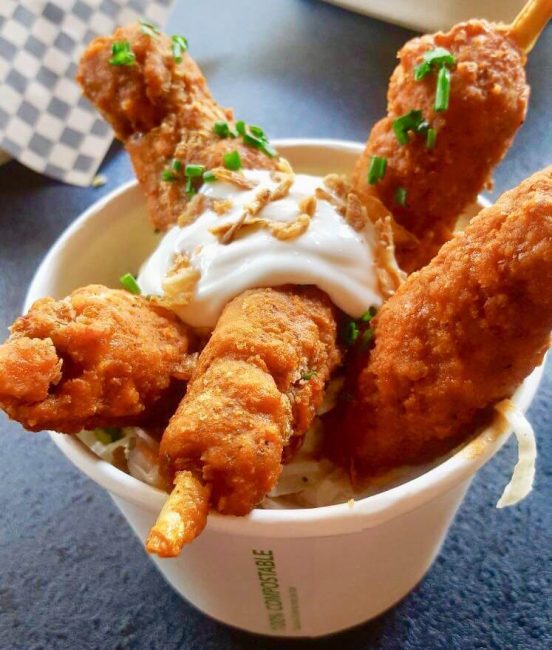 Camden isn’t the only vegan-friendly market in town; Soho just launched a vegan market. Joe Coulter, the founder of Soho’s new plant-based market, said, “This is the year of Veganism! Alongside our great traders, we are keen to show that vegan food is for everybody and is here to stay. With our new market in the heart of London’s Soho, there’s no excuse not to swing by and give it a go.”

Further, a vegan takeaway stall serves up “comfort food classics” to market-goers in Croydon, at the buzzing Surrey Street Market. The Vegan Grill operates with the intention to be “a solid presence in Croydon, cooking up vegan fast food to show the masses how easy and tasty cruelty-free can be.”