The South Bank alongside the River Thames where the iconic OXO Tower is located is home to a number of arts and crafts shops, as well as its own signature restaurant, offering cream teas and fine dining.

The restaurant has only offered its traditional afternoon cream tea packages, however, it recently announced that it is preparing to offer a new vegan option.

“Our restaurant has perfected the [traditional] Afternoon Tea, but there was just one thing missing – a vegan option,” notes the restaurant on its website. “Why can’t we indulge in all our favourites while sticking to a plant-based diet? That was the challenge we set for our chefs, and they delivered.” 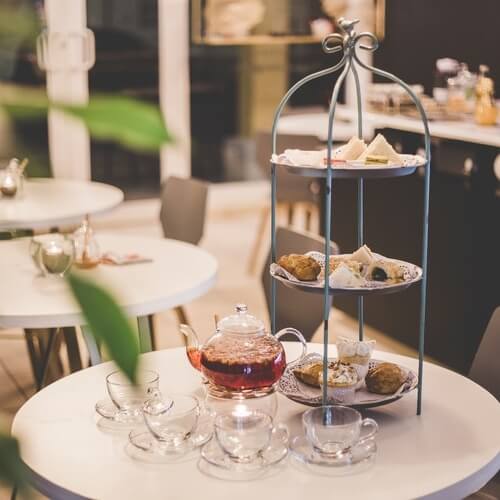 For those with a sweet tooth, the package will include a few dessert options, like coconut and pineapple cakes and mini lemon meringue pies. “It’s completely handmade, completely plant-based, and completely indulgent,” says the restaurant. “That’s what we want from an afternoon tea.”

As more and more consumers look to reduce their consumption of animal products, luxurious restaurants like OXO are adapting their menus to cater to demand. Up north in Scotland, one of the country’s most deluxe hotels, the Radisson Collection Hotel, Royal Mile Edinburgh, launched a vegan afternoon tea package back in the spring.

“Be it for animal welfare, health, or environmental reasons, veganism is of rapidly growing importance to our guests,” said Radisson Collection’s head chef Andy McQueen at the time. “We wanted to ensure we could meet that demand with an offering that does not compromise on flavour.”

Back in London, the Sanderson hotel has also launched a vegan afternoon tea option. Its currently offering an Alice in Wonderland themed experience, complete with Queen of Hearts cookies and “Drink Me” potions.

The OXO restaurant’s new Vegan Afternoon Tea will be served all week long, from 2 to 31 January.