The star of the BBC series “The Apprentice” made the comments at London bakery Dough Bakehouse’s launch event for its new vegan range.

The bakery and café—located in Herne Hill, south London—was founded by Carina Lepore, who won last year’s series of “The Apprentice.” Lord Sugar invested £250,000 into the bakery.

“That’s how you remain in business,” he told the Evening Standard. “If there is a demand for a new kind of product like a vegan item then, of course, you need to cater to it. Those that haven’t will fall behind, it’s as simple as that.”

“It’s a bit like the demise of Kodak, they kind of ignored the digital revolution, and they went from a company that monopolised photography to zero, basically,” he continued. “You see things like that happen, and the same will be applied to food.” 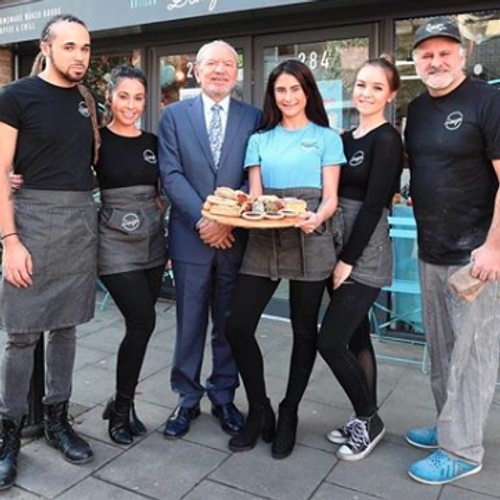 “If big companies don’t start observing that vegan stuff is important, they may find that some of their products start to dwindle in sales,” Lord Sugar said

“She’s promised me that she’s going to open 100 stores and we’re going to give Greggs a run for their money,” Lord Sugar said.

Lepore said, “we pride ourselves on being across on the latest food trends, so we are really excited to bring our new vegan range to our customers.”