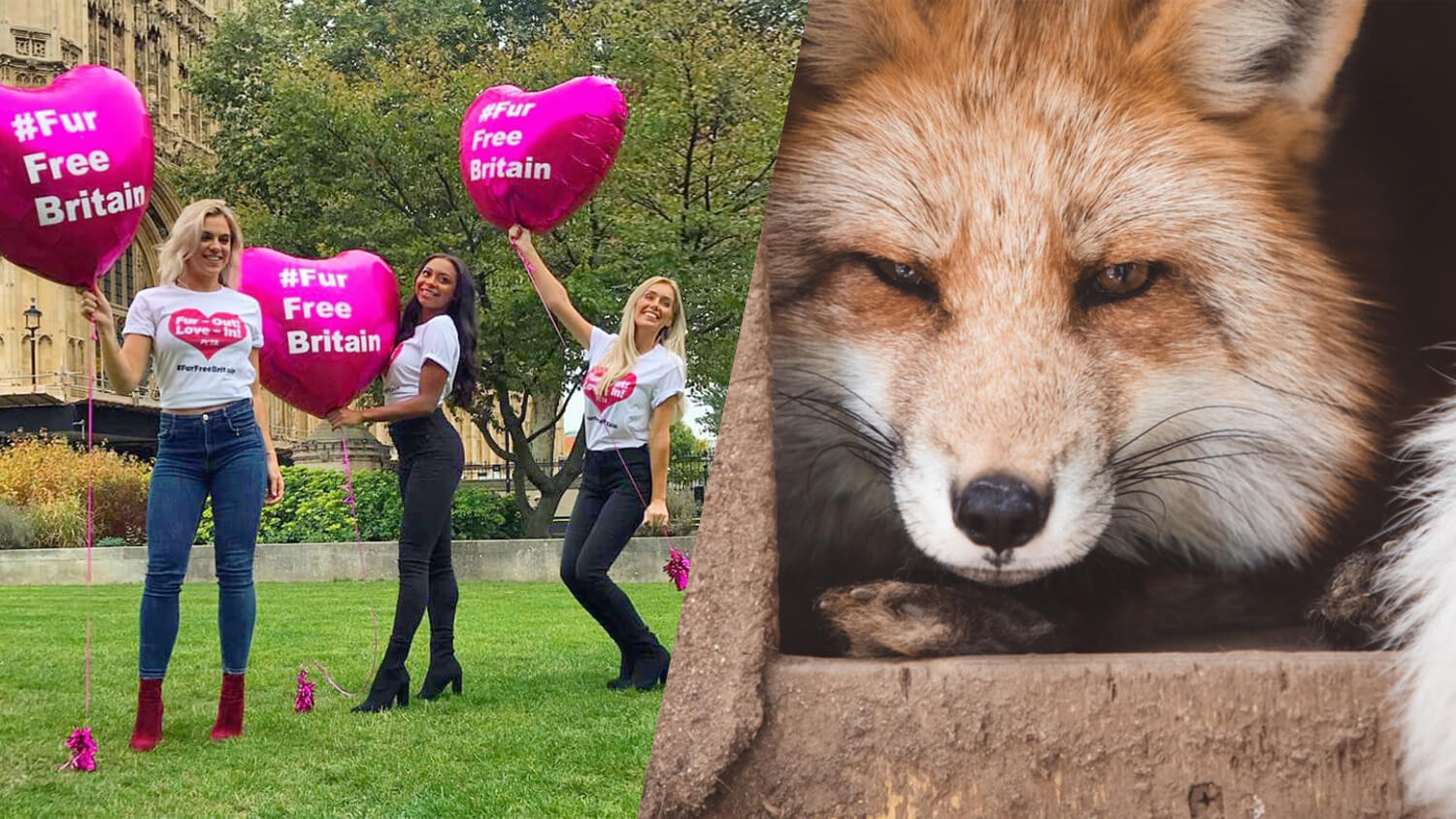 Stars of the British reality dating show “Love Island” took to the steps of Parliament last week to urge the government and British citizens to go fur-free.

Holding pink heart-shaped balloons reading “#FurFreeBritian” Samira Mighty, Laura Anderson, and Laura Crane also wore tees with the message “Fur – Out! Love – In!” The demonstration was in support of animal rights group PETA UK (People for the Ethical Treatment of Animals) and its campaigns to encourage consumers to opt for faux fur instead of animal fur.

“Like PETA, I think that killing animals for their fur is totally unjustifiable and unfair,” Mighty said in a statement. “With so many amazing, warm and stylish cruelty-free options out there, there’s just no need to buy fur from a fox, a rabbit, a coyote, or any other animal!”

PETA UK and Love Island stars @samiramighty @lauraloucrane and @lauraanderson1x outside Parliament today spreading the message that love is in and fur is out. ❤ If you too want to make Britain a fur-free zone, check out the link in our story and sign the petition! ?? . . #loveisland #loveisland2018 #love #animalrights #animals #fur #banfur #fashion #ethicalfashion #veganfashion #crueltyfree #furfreebritain #antifur #instagood #thursday #thursdaythoughts #activism #london @loveisland

Despite the UK’s 2000 fur ban, Brits are still easily able to find imported fur arriving from countries such as China, where animal welfare regulations in the country are considered to be unacceptable by many animal rights organizations.

“More than 85 per cent of the fur sold today comes from facilities where minks, foxes and other animals are locked up for their entire lives before being killed for their skins,” PETA notes. “Living in these conditions – far from their natural environment and with no opportunity to play, find food, jump, or run – often drives these inquisitive, intelligent animals insane during their short lives. Fighting, self-mutilation, and cannibalism are common on fur farms.”

Fur is also banned in Norway, San Francisco, and most recently, in Los Angeles. The Southern California city, which was also recently voted the most vegan-friendly city in the U.S., became the nation’s largest city to enact a fur ban, a move that may trigger other major U.S. cities such as New York and Chicago, to take similar steps.

While fur is still a widely used fabric in the fashion industry, some of fashion’s biggest names have pulled it from their lines. Versace, Gucci, Donna Karan, and Tom Ford all recently banned it. Belgian-American designer Diane Von Furstenberg also recently announced she is pulling all fur from her label.