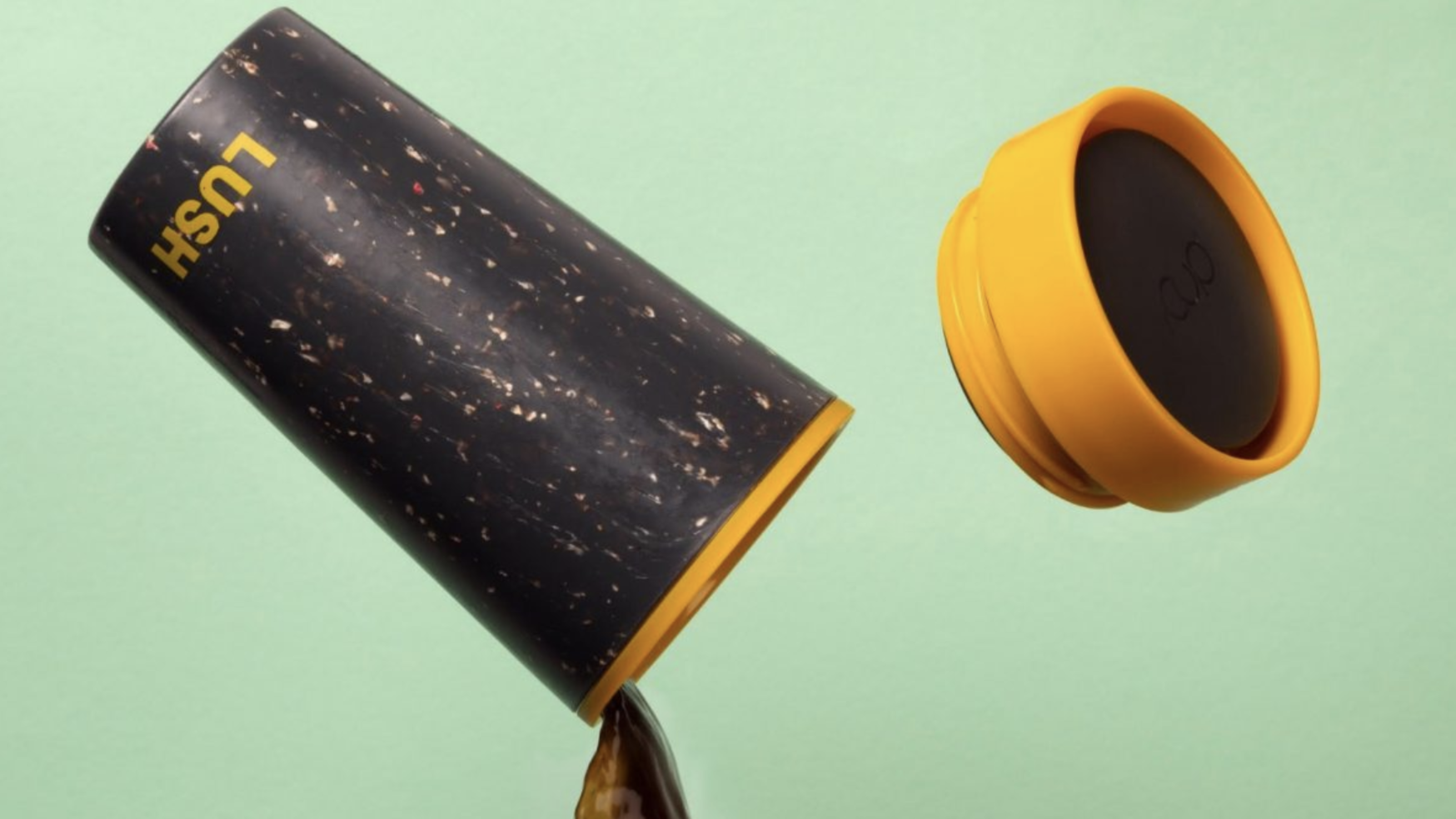 In a bid to tackle single-use plastic waste, cruelty-free beauty brand Lush Cosmetics is offering free coffee to customers who bring their own reusable cup.

In collaboration with ethical coffee brand Change Please, the veggie cosmetics giant is giving away vegan coffees and iced tea from a #carrythecup pop-up located at the Lush Soho Studio on Beak Street, London. For those who do not already own one, the store will be selling exclusive branded reusable cups.

“Beyond cosmetics, there are habits we can break and simple changes we can make to reduce or remove single-use plastic from our lives,” Lush’s Soho studio manager, Michel O’Brien told the Metro.

“By transforming our front exhibition space into a friendly coffee shop, we want to invite London locals and visitors inside for a free cup of coffee (or tea) and an informative discussion on how to ditch the single-use coffee cup, and learn to #carrythecup,” he continued. O’Brien added that reducing the company’s reliance on plastic has been a priority for the last 23 years.

Roll Cup, Roll Cup, come along to our Lush Studio Soho tomorrow for a free cup of coffee – just bring your reusable cup. Don’t have one? Not to worry, you can buy a recycled reusable coffee cup in store! #carrythecup

Furthering its efforts to combat plastic waste, Lush recently opened its first “naked” shop in Milan. The plastic packaging-free store will host events, workshops, and film screenings to encourage consumers to learn and exchange ideas on a plastic-free future.

Lush is passionate about saving the oceans and marine life. As well as helping to fight plastic pollution, the company also supports other ocean-related issues, such as shark protection. For example, in July, the business re-launched its limited edition Shark Fin soap in honor of the late Rob Stewart, who dedicated his life to protecting sharks.

Donations from the Shark Fin soap in 2014, 2015 and 2017 alone raised nearly $550,000 for conservation organizations protecting sharks, and also generated a thousands-strong petition demanding the ban of the USA’s shark fin trade.

The #carrythecup pop-up will be open from Tuesday 14th August, every weekday from 7 am ’til 3 pm. It will remain open until 7th September.