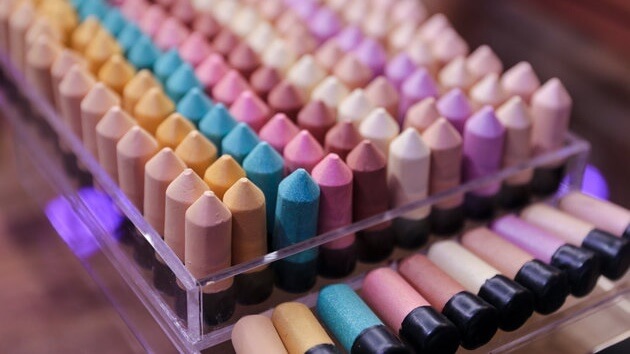 The highlighters also feature moisturising argan oil, harvested by a women’s co-operative in Morocco, and skin-softening organic virgin coconut oil from Nias, Indonesia. Supporting working women and children’s education, Lush is donating ten percent of profits to a nonprofit organisation that funds social amenities – like dentists and literacy classes – to those living on Nias island.

Practical as well as socially-responsible, the base of the highlighters are covered in vegan wax to keep consumers’ hands clean during application. To create the highlighter glitter, Lush also uses lab-made mica rather than plastic. Ideal for makeup, synthetic mica offers a more uniform finish and is free from sharp edges.

Need an extra bit of #shimmer in your life? Look no further! Introducing #glowsticks -our new vegan, plastic-free, multi-use solid highlighters. To get to know more behind the #glow, head on over to our website. #lushmakeup #glowsticks #shimmer

Lush is known for its planet-first approach to beauty and has made sustained efforts to combat environmental issues, such as plastic pollution. In 2017, the chain partnered with The Ocean Legacy Foundation to help transform 27 tonnes of ocean plastic into recycled packaging.

Since then, the chain opened its inaugural “naked” shop in Milan and launched a worldwide campaign, which coincided with World Oceans Day (June 8), to raise awareness about the issues of marine pollution.