Luxury fashion design label Diane von Furstenberg (DVF) has announced that it will no longer use fur and angora in its collections.

The decision was prompted by an investigation of angora rabbit farms in China, where 90 percent of the world’s angora is sourced, conducted by the international animal rights organization PETA (People for the Ethical Treatment of Animals). The nonprofit found that rabbits were kept isolated from each other in cramped cages for up to three months at a time.

In order to obtain the soft fur, which is a popular material for sweaters and other cold-weather apparel, workers hold the rabbits taught against a board or hang them from the ceiling so that their hair can be ripped from their body while conscious. Rabbits are known to cry out in pain during the practice.

In addition to banning angora from future collections, DVF has joined a growing list of designers that don’t use fur in a bid to become more cruelty-free. 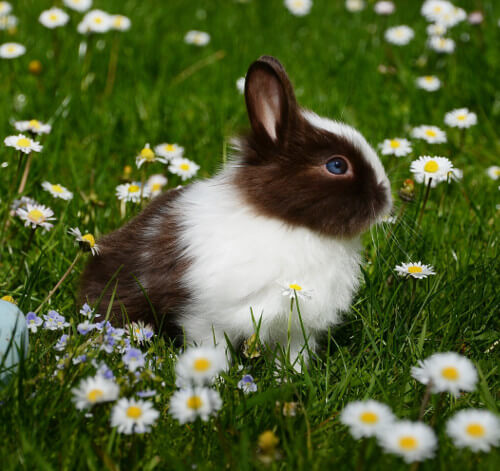 The news closely follows the high-end brand’s decision to ban mohair over the summer after an investigation by the Asian branch of PETA revealed the abuses suffered by angora goats in the industry. Workers are paid by the volume, encouraging them to shear goats as quickly as possible, leading to many goats suffering from untreated skin wounds. Goats whose fur is deemed unfit for the industry may be killed on the spot or sent to slaughterhouses.

In recent years, the fashion industry is turning away from “luxury” materials like fur on the grounds of animal welfare. Last month, London Fashion Week went completely fur-free, making it the first of major fashion weeks held around the world to do so. Brands that have banned fur include Burberry, John Galliano, DKNY, and others.

Change is happening on a political level as well. Ten countries within the European Union have already banned fur farming. In a milestone victory, the Los Angeles City Council voted unanimously to ban the sale of fur within the city on animal welfare grounds, following San Francisco’s lead from last March.

Once thought of as a cheap alternative to the real thing, many fashion labels and fur aficionados are embracing faux. Vegan celebrity Pamela Anderson reportedly helped Kim Kardashian and Melania Trump ditch fur for cruelty-free alternatives. Vogue Australia sang the praises of faux fur last July and renowned sustainable fashion designer Stella McCartney recently launched a fur-free fur collection made to look and feel like the real thing, without the animals.