Luxury high-end fashion designer Diane Von Furstenberg (DVF) just announced its new commitment to ban mohair from its line. The company is now one of 240 brands worldwide who have completely banned the material.

DVF’s decision was sparked by both pressure from the animal rights community and the growing trend of conscious, cruelty-free fashion. PETA had urged the designer to stop using mohair, sharing its recent exposé video which highlighted the cruelty behind the textile.

Mohair, a popular silk-like fabric made from the hair of angora goats, is often used in the high-fashion world to create fluffy statement sweaters, hats, coats, and other cold weather accessories. However, despite the fact that it is not necessary to kill a goat to retrieve its hair, the demand for the material has led to immense pain and even death within the industry. According to the PETA exposé, workers are paid by the volume, not by the hour; therefore they are encouraged to work as quickly as possible, often shearing the goat’s skin along with the hair, leaving gaping wounds. Further, goats deemed unfit for this product were shown to be killed on the spot in cruel, painful ways, while others were sent to slaughterhouses. 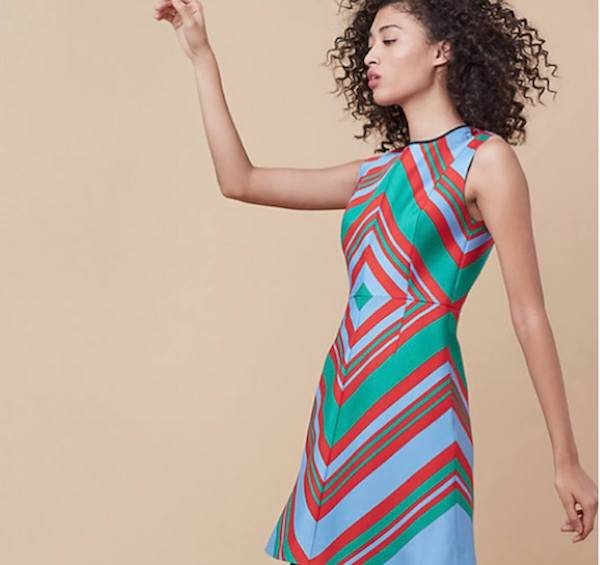 By implementing this mohair ban, DVF has the power to dramatically reduce the demand for this textile and potentially end some of this unnecessary animal suffering. The designer’s global distribution extends to over 70 countries and 111 stores, giving the company a prominent international voice.

Cruelty-free fashion is making a bold statement as both designer and everyday brands take a stand against animal-based materials. Other companies that have implemented similar mohair bans include Gap, Banana Republic, H&M, Topshop, Forever 21, Anthropology, and dozens of others. Luxury brands are also leaving fur off the red carpet. In just the past year, Gucci, Michael Kors, and Versace all vowed to ditch fur, and Fendi, which relies on fur a majority of its sales, has even cut back.

The fashion world now has its eyes on manmade, natural textiles, such as apple and pineapple leather. According to these innovative designers, it’s officially cool to be kind.