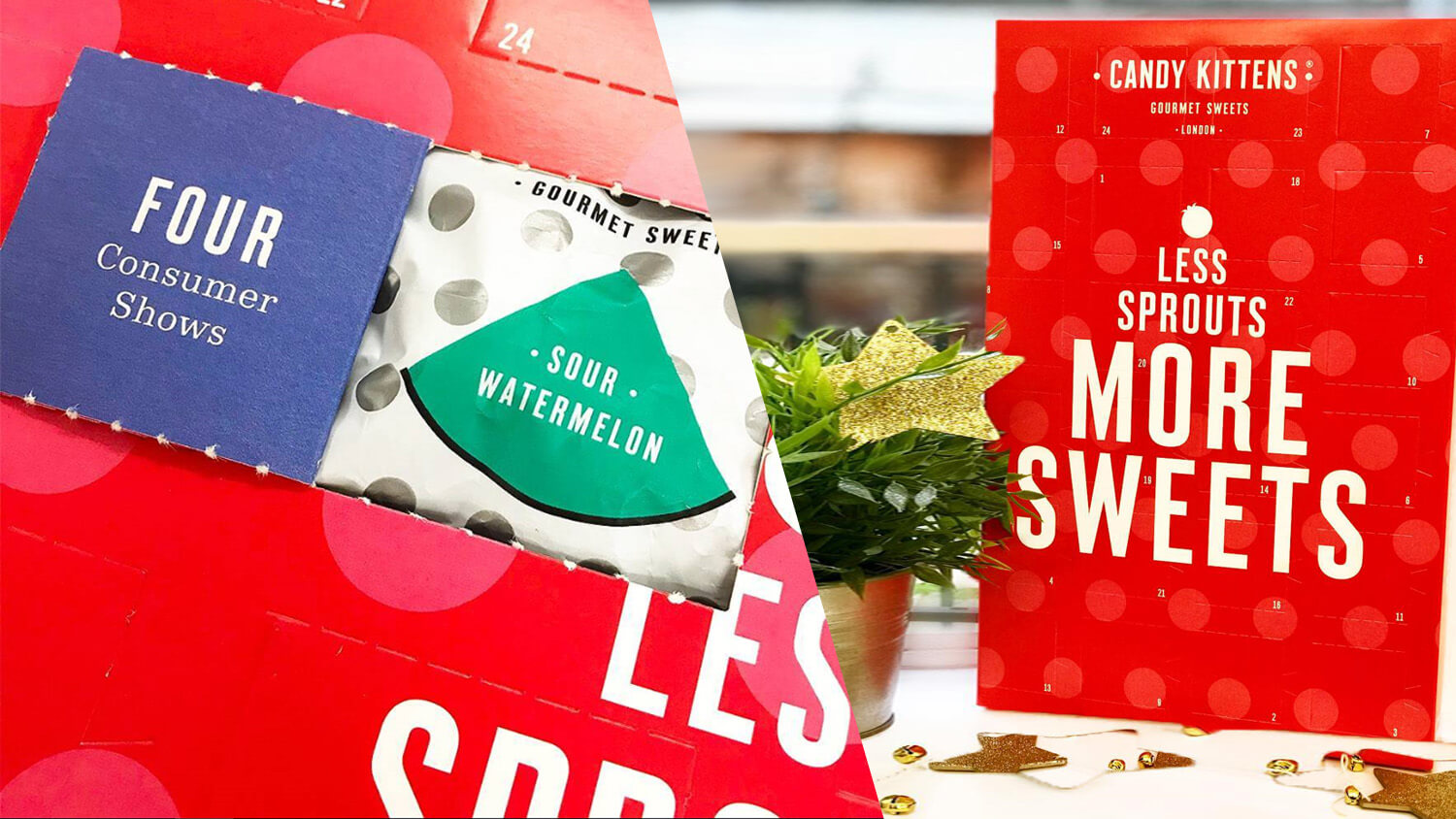 Candy Kittens, a gourmet, gelatine-free sweet company run by “Made in Chelsea” star Jamie Laing, is bringing out a vegan advent calendar ahead of the holiday season.

Advent calendars, which feature a “door” containing a treat for each of the twenty-four days from December 1st up until Christmas Day, are a much-loved tradition, building on the festive excitement. However, with most advent calendars produced by dairy-based chocolate companies, few are dairy-free.

Capitalising on this gap in the market, and also noting the lack of other candy-based advent calendars, Candy Kittens released its own festive calendar. According to the London-based brand, “Life’s too short for boring advent calendars!” and so the “most gourmet, vegan advent calendar you’ll ever eat” was created – because “Chocolate is so last year anyway.”

Day One of the Candy Calendar! The countdown to Christmas has started ? Our Sweet Team have been at an amazing FOUR shows this year: @stylistlive @lovenaturalloveyou @waitrose Summer Festival, and our very own #LFW pop up at @Grind ?

“We’re determined to make our brand more loveable. Gourmet sweets should be enjoyed by everyone, so we’ve made our new Candy Kittens recipe with absolutely no gelatine!” the company explained of its Wild Strawberry, Blueberry Bliss, Peach Fizz, and Sour Watermelon flavored sweets that are now also vegan-friendly, and, according to the brand, “taste better than ever before.” The Candy Kittens advent calendars feature these four flavors and can be found in Ocado, Selfridges & Co., and Morrisons from early November.

The company, founded in 2012, first hosted a Christmas-themed pop-up event six years ago, where it debuted a candy-based advent calendar. The brand has launched festive-themed treats every Christmas since, including Candy Kitten filled crackers, and “stocking-sized” pop bags. Noting the popularity of vegan products, the brand also teamed up with Kohl Kreatives and Tropic Skin Care last November to create a special vegan box in honor of World Vegan Month.

Laing is not the only “Made in Chelsea” star branching out into vegan business. Lucy Watson, who starred alongside Laing in the reality show, has shot to vegan fame with her popular “Feed Me Vegan” cookbook and the recent release of her plant-based ready meals. Her sister and co-star Tiffany Watson has opened a vegan restaurant and released a vegan leather diary collection.