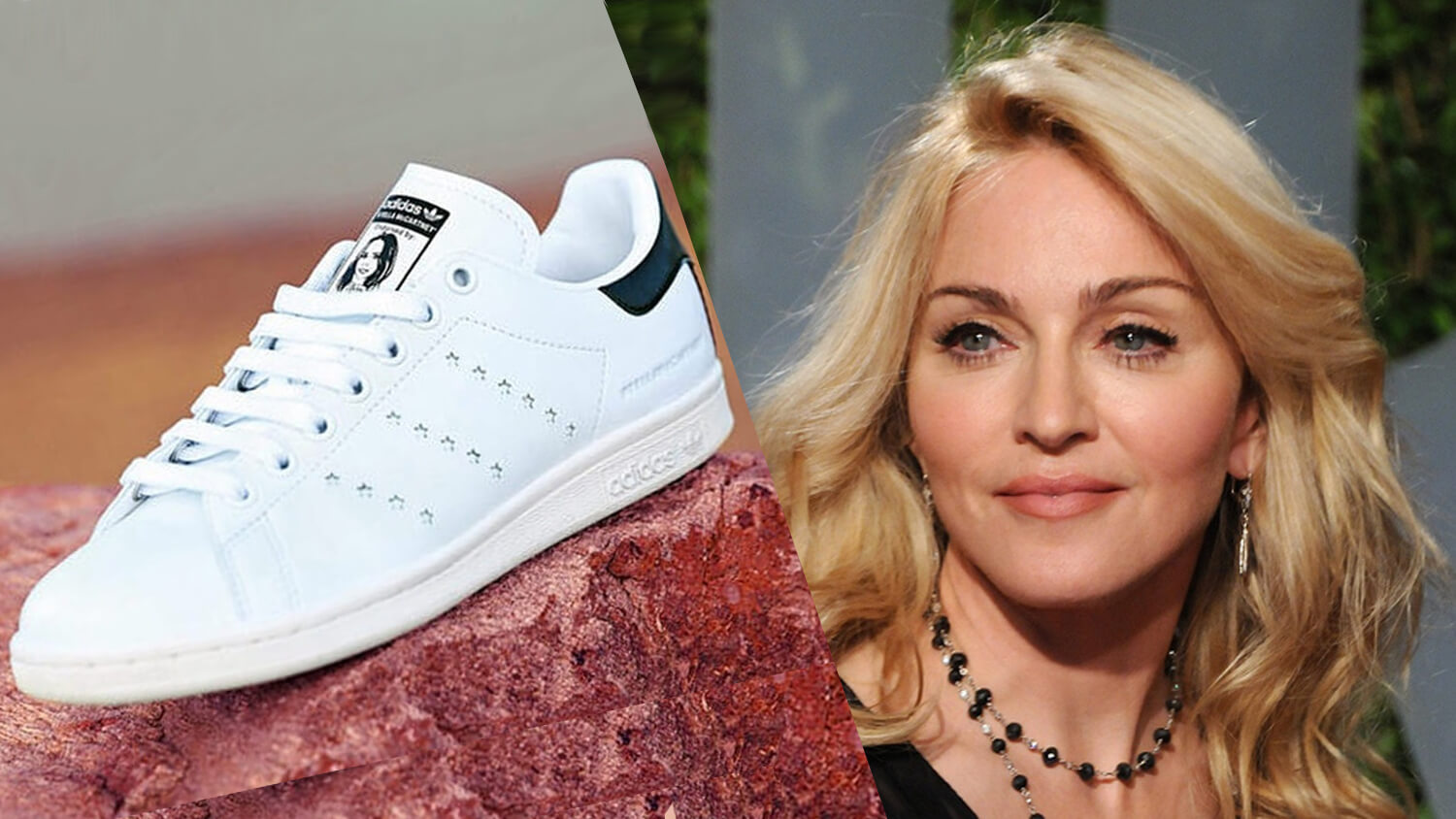 Madonna just bought a new pair of sneakers. The pop star is now the proud owner of Stella McCartney’s latest collaboration with Adidas, the first-ever vegan version of the iconic Stan Smith sneaker.

In a video clip shared by the designer, Madonna is seen getting each shoe autographed; one by McCartney and the other by tennis legend Stan Smith who the shoes are named after — the shoes feature McCartney’s image on one of the shoes’ tongues and Smith’s likeness on the other.

Now celebrities in their own right, the shoes were initially launched by Adidas in the early 1970s. The footwear brand approached Smith to help promote the shoes. That endorsement took on a life of its own, much like Michael Jordan’s Nike collaboration for Air Jordans. A book has been written about the history of the Adidas Haillet, which is now best known as the Stan Smith.

This is not McCartney’s first collaboration with Adidas, but it may become her most notable. The vegan designer has created a range of sneakers and running shoes for the sportswear company, including the Ultraboost and Adissage lines. But the new shoe launch comes at a critical time for Adidas as the brand moves to adopt more sustainable practices, giving not only its material sourcing a makeover, including sourcing all plastic from recycled or reclaimed ocean plastic, but redefining its image. If successful, Adidas will prove that a mainstream brand can be a best-seller with a sustainable supply chain and environmental commitment.

The new Stan Smith shoes launched less than two weeks ago to rave reviews. The Stella McCartney website has put them back on preorder to manage the high demand.

The new shoe design features a burgundy and blue stripe on the heel and the Adidas’s Three Stripe side branding is replaced in this configuration with Stella’s signature star pattern.

Madonna is not the first celebrity fan of the vegan designer. Earlier this year Stella McCartney designed Met Gala gowns for Miley Cyrus and Paris Jackson. This summer, the now Duchess of Sussex Meghan Markle, wore a Stella design to her royal wedding reception.

The shoes will be available in Stella McCartney stores and website and retail for approximately $300.