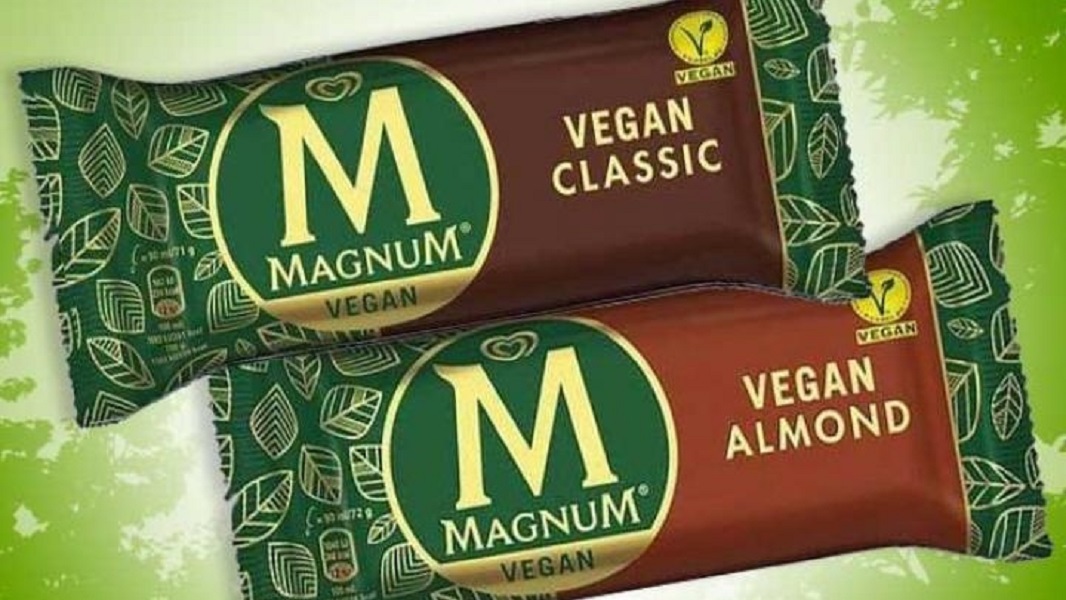 “This week we’re thrilled to bring our next-level chocolate to the vegan and dairy-free market. This is our first launch in plant-based indulgence and we can’t wait to share with Magnum ice cream fans,” said Leslie Miller, Marketing Director of Ice Cream at Unilever, in a statement in February, regarding the American launch.

Holding on to Veganuary or not, it's just that time of the week to reward yourself with our most indulgent vegan treat, a #MagnumVegan ice cream. 📷 @nerudagungoren #veganicecream #magnumpartner

The Future of Ice Cream Is Vegan

Magnum isn’t the only big name ice cream to enter the dairy-free market. Vermont-based ice cream brand Ben & Jerry’s famously launched vegan almond milk ice cream in the U.S. in 2016. The line was so successful that the fan-favorite ice cream soon added new flavors and expanded into the UK and Australia. Last December, the UK even got its own exclusive non-dairy Ben & Jerry’s flavor – Coconutterly Caramel’d.

Cult favorite low-calorie ice cream brand Halo Top introduced dairy-free ice cream in 2017 and added seven additional flavors the next year. The vegan options seem to be a hit – in January, the company announced three new flavors, including one that tastes like Nutella. Halo Top’s vegan ice cream is also available in Canada, the UK, and Australia.

Even Cornetto has vegan ice cream cones in the UK and Australia, featuring vanilla soy-based ice cream, crunchy hazelnut pieces, and the signature chocolate at the bottom of the cone. Aldi UK launched its own-brand vegan version of Magnum ice cream bars, too.

The global vegan ice cream market is expected to surpass $1 billion by 2024, according to research released by Global Market Insights last October. Experts predict that vegan options from major brands and new, unique bases – like banana, avocado, and hemp milk – will only further propel the market forward as consumers ditch dairy for reasons related to health, sustainability, and animal welfare.