English actor Maisie Williams is the latest vegan celebrity to appear on “Hot Ones.”

“Hot Ones” is a web series hosted by Sean Evans. The program sees guests being interviewed whilst eating spicy chicken wings. The wings are dipped into a hot sauce that gets hotter every round.

Twenty-two-year-old Williams — who made her professional acting debut as Arya Stark on “Game of Thrones” — is vegan, so she was given cauliflower wings to chow down on and oat milk to soothe the burn. Evans eats and drinks whatever the guests do.

“Is it true that you almost missed your ‘Game of Thrones’ audition because you didn’t want to miss a class trip to the pig farm?” Evans asked the actor.

Williams, who is an animal activist, appeared in the 2013 film “Heatstroke.” In the dramatic thriller, she worked closely with hyenas. “The guy who has handling them and training them, he was very clear that you can’t really train a hyena and they are wild animals and they will do what they want to do and you have to really respect them,” she said about the experience.

“So we tried our best to do that, you know. We said please and thank you,” she laughed. “They’re incredible animals.”

Williams’ veganism spans further than spicy cauliflower wings. The actor has campaigned for the end of animal testing with Cruelty Free International and The Body Shop. She has also spoken up about SeaWorld’s treatment of its captive animals and urged people to adopt shelter animals rather than buy them from pet stores or breeders.

Williams isn’t the only vegan “Game of Thrones” cast member. Peter Dinklage, who portrays Tyrion Lannister, was a vegetarian for 15 years before going vegan in 2014. Nathalie Emmanuel, who plays Missandei, has been vegan for seven years. Jerome Flynn, the actor behind Bronn, and Bella Ramsey, who played Lyanna Mormont, are also vegan.

Vegan on ‘Hot Ones’ 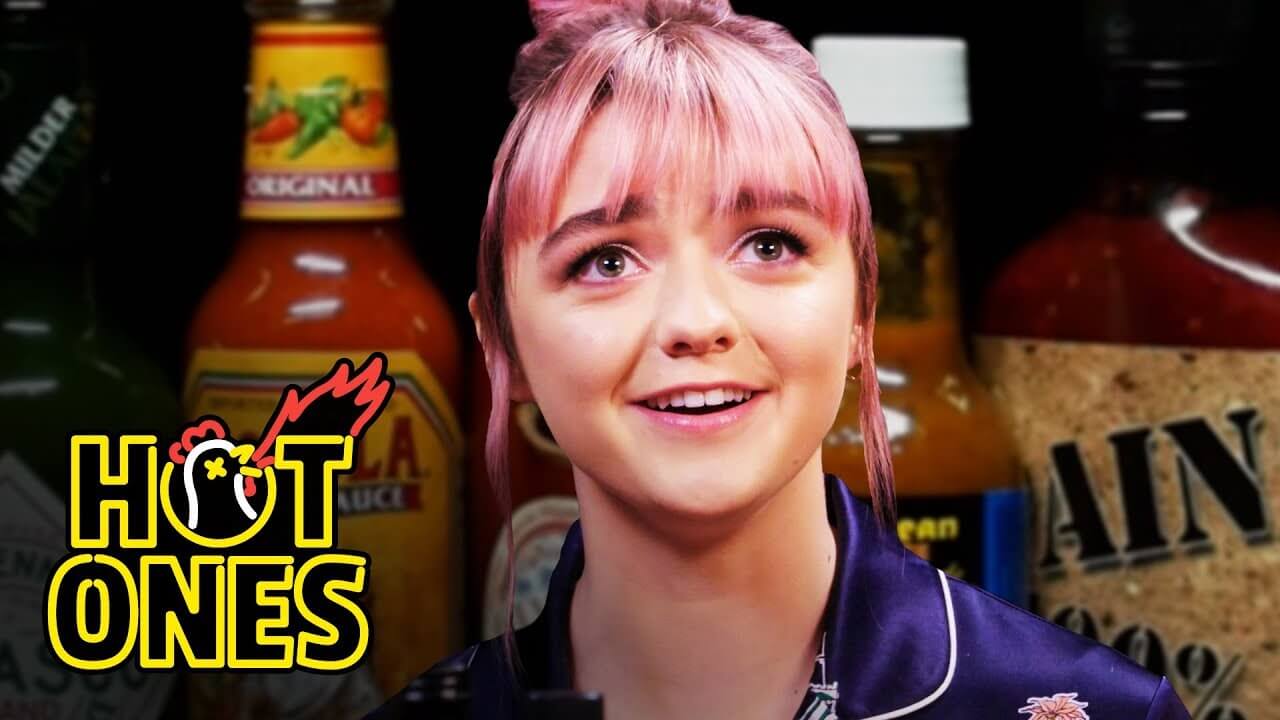 Article Name
Maisie Williams Eats All the Vegan Wings on ‘Hot Ones’
Description
Maisie Williams is the latest vegan celebrity to appear on "Hot Ones." The "Game of Thrones" star joins other guests who have eaten vegan wings on the show.
Author
Jemima Webber
Publisher Name
LIVEKINDLY
Publisher Logo