Small Intestinal Bacterial Overgrowth (SIBO), as its name suggests, involves bacterial imbalances in the small intestine. It impacts between six to 15 percent of healthy people and up to 80 percent of those with irritable bowel syndrome (IBS).

And for many people, it can require drastic dietary and lifestyle changes.

Can SIBO be managed on a vegan diet? 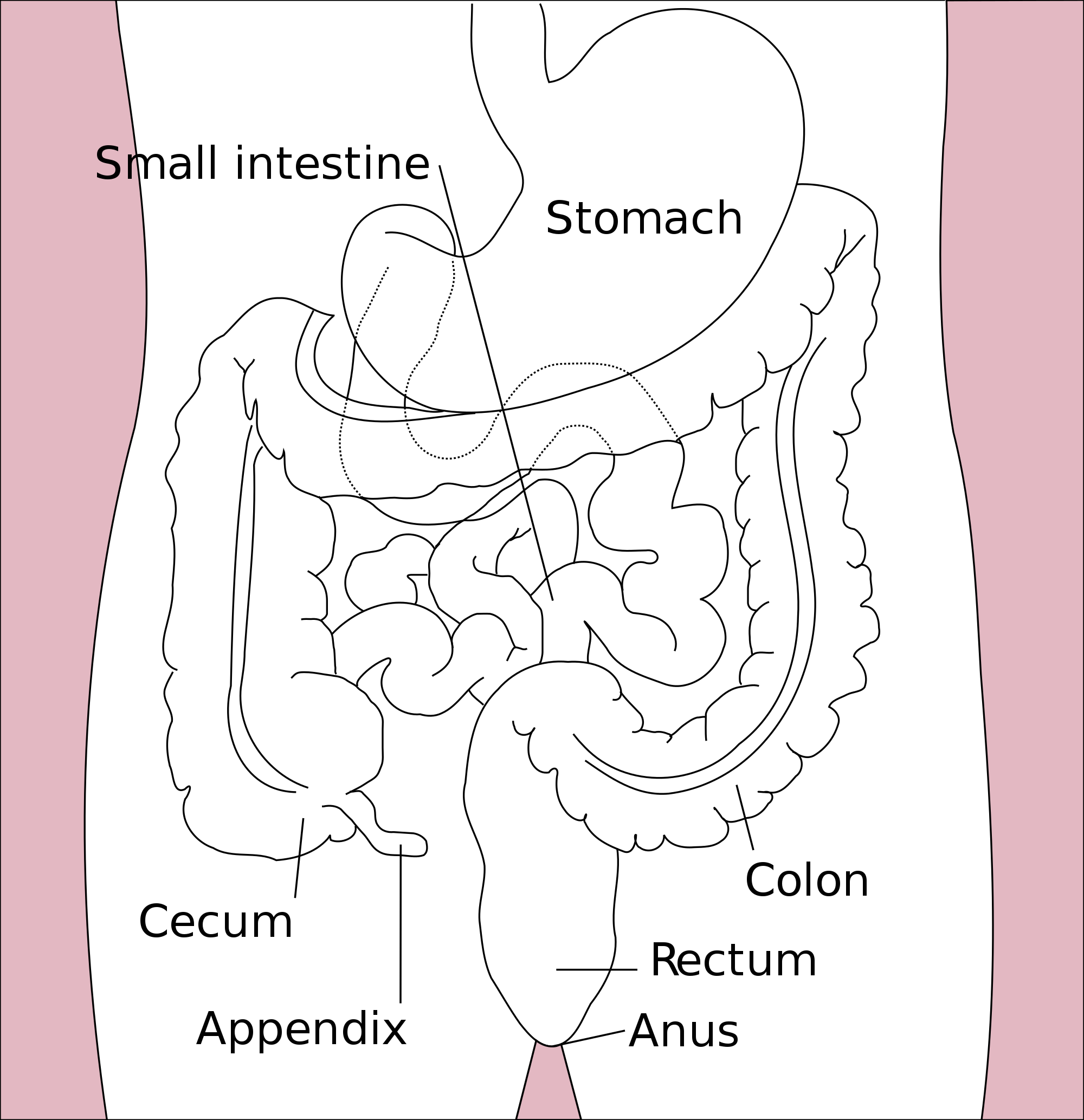 SIBO occurs when bacteria in the small intestine becomes imbalanced and overgrown. The small intestines are where nutrients are absorbed. It’s normal to have bacterial colonies in the area; gut microbiome, found in the gastrointestinal (GI) tract, are essential to immune health, including for thyroid function and bone health.

Most gut bacteria is primarily located in the large intestine and colon, breaking down food, synthesizing vitamins, and removing waste. When bacteria that is supposed to grow in other regions of the gut start growing in the small intestine, SIBO occurs.

“Not only can the bacteria impede absorption of nutrients and food, but they can also damage the intestinal lining leading to intestinal permeability,” plant-based nutrition expert Simon Hammett, who goes by “Goji Man”, to his 50,000 Instagram followers told LIVEKINDLY.

SIBO symptoms include abdominal pain or discomfort, gas, belching, bloating, diarrhea, and sometimes constipation. A lot of these symptoms are also related to IBS. Hammett highlighted a study that states that up to 84 percent of IBS has SIBO as the underlying cause.

In more severe cases of SIBO, sufferers may experience weight loss due to vitamin deficiencies. “When the bacteria have taken hold of the small intestines, deconjugation of bile can prevent absorption of your fat soluble vitamins (A, D, E and K),” Hammett said.

The excess bacteria feed off undigested food – especially carbohydrates – in the small intestine. This leads to excess levels of hydrogen and/or methane in the digestive system.

“And when damage occurs to the intestinal lining bacteria and undigested food can enter the bloodstream leading to heightened immune response and issues with food allergies and sensitivities,” Hammett added. 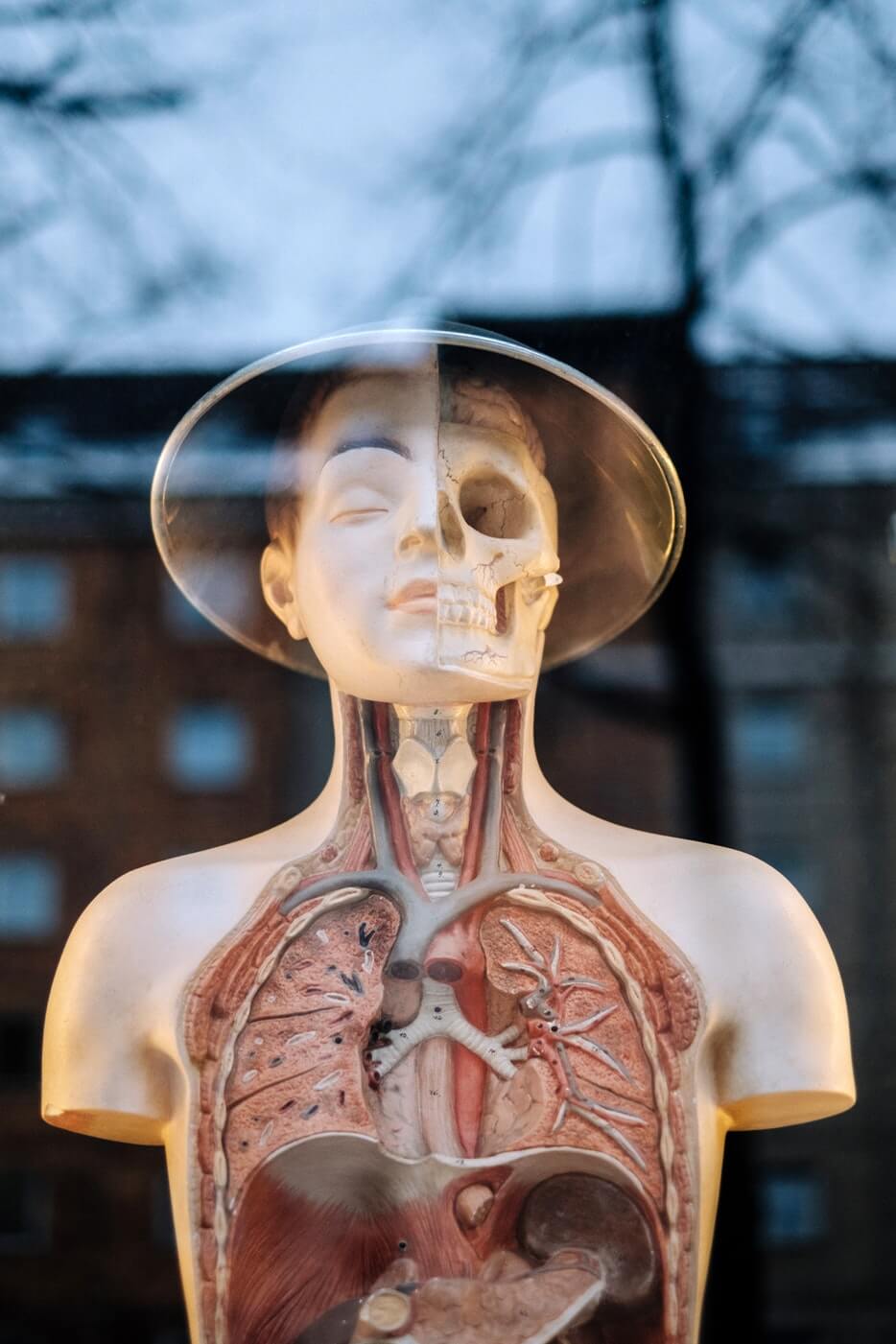 SIBO may be related to a number of health conditions

SIBO can be triggered through numerous factors, according to Integrative, a multidisciplinary health center in Vancouver. Integrative named stress, food poisoning, and issues surrounding the immune system as potential causes of SIBO.

Is SIBO a Real Diagnosis? 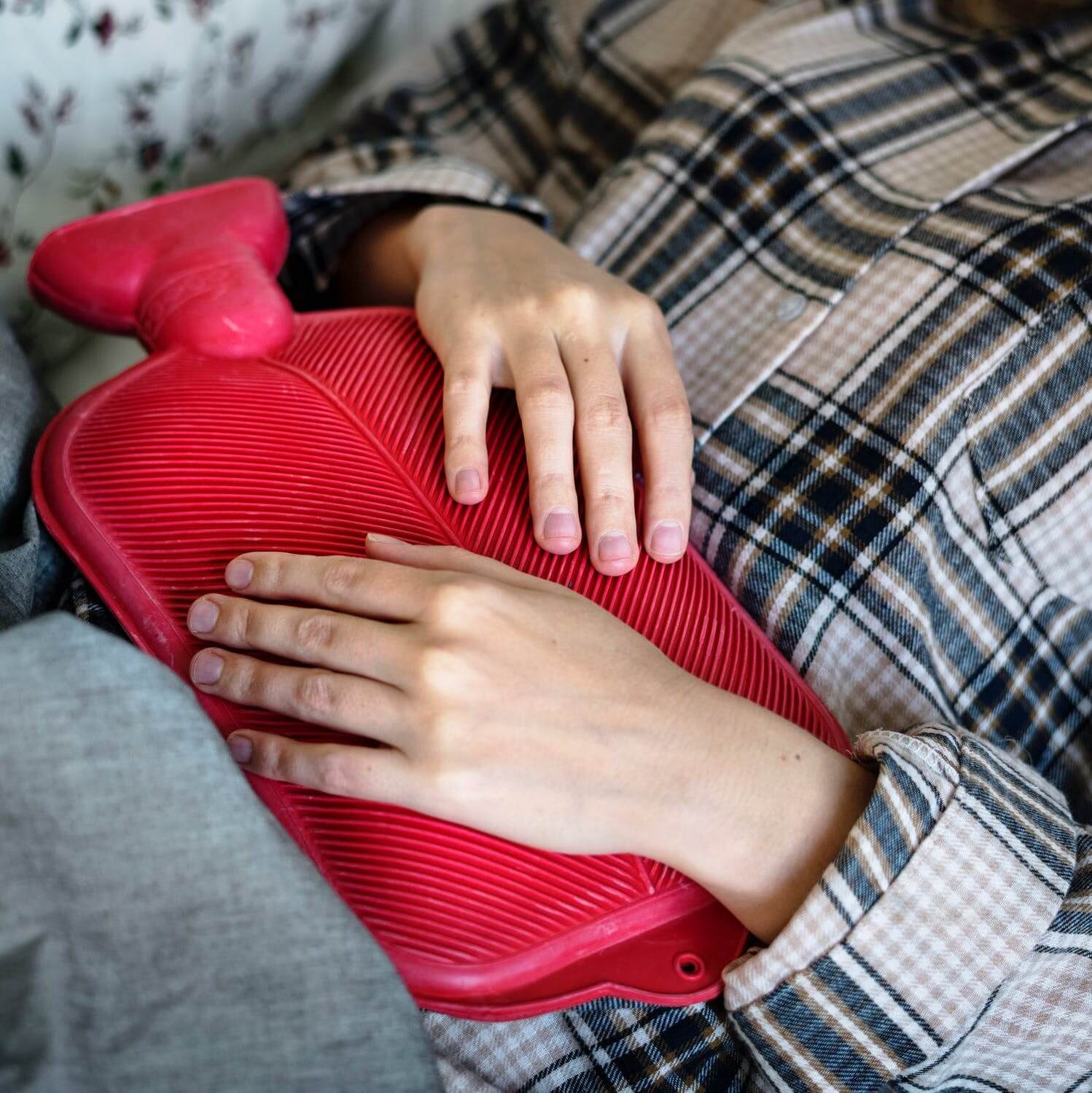 Diagnosing SIBO can be difficult

Some debate surrounds whether SIBO is a valid diagnosis, partly due to the way it is tested – with a breath test that measures levels of hydrogen or methane in the breath.

Dr. Alan Glen Christianson, a naturopathic endocrinologist, argues that breath testing is not consistent and that availability of the test has led to over-diagnosis of the issue.

Doctor and clinical researcher Michael Ruscio agrees that SIBO diagnoses “are often handed out too quickly and without adequate substantiation.” However, Dr. Ruscio acknowledges SIBO as a real issue with symptoms that can be treated. He states that the issue with “overzealous” diagnosing is that patients can be led to believe that SIBO is a chronic condition that requires management for life. “This is simply not true,” he writes online.

Functional Medicine Nutritionist Angela Pifer argues that the idea that SIBO is not real is dangerous for sufferers. “[I]t will simply work to further confuse people with SIBO and get in the way of them getting the help that they really need,” she writes on her blog.

How Is SIBO Connected to the Vegan Diet? 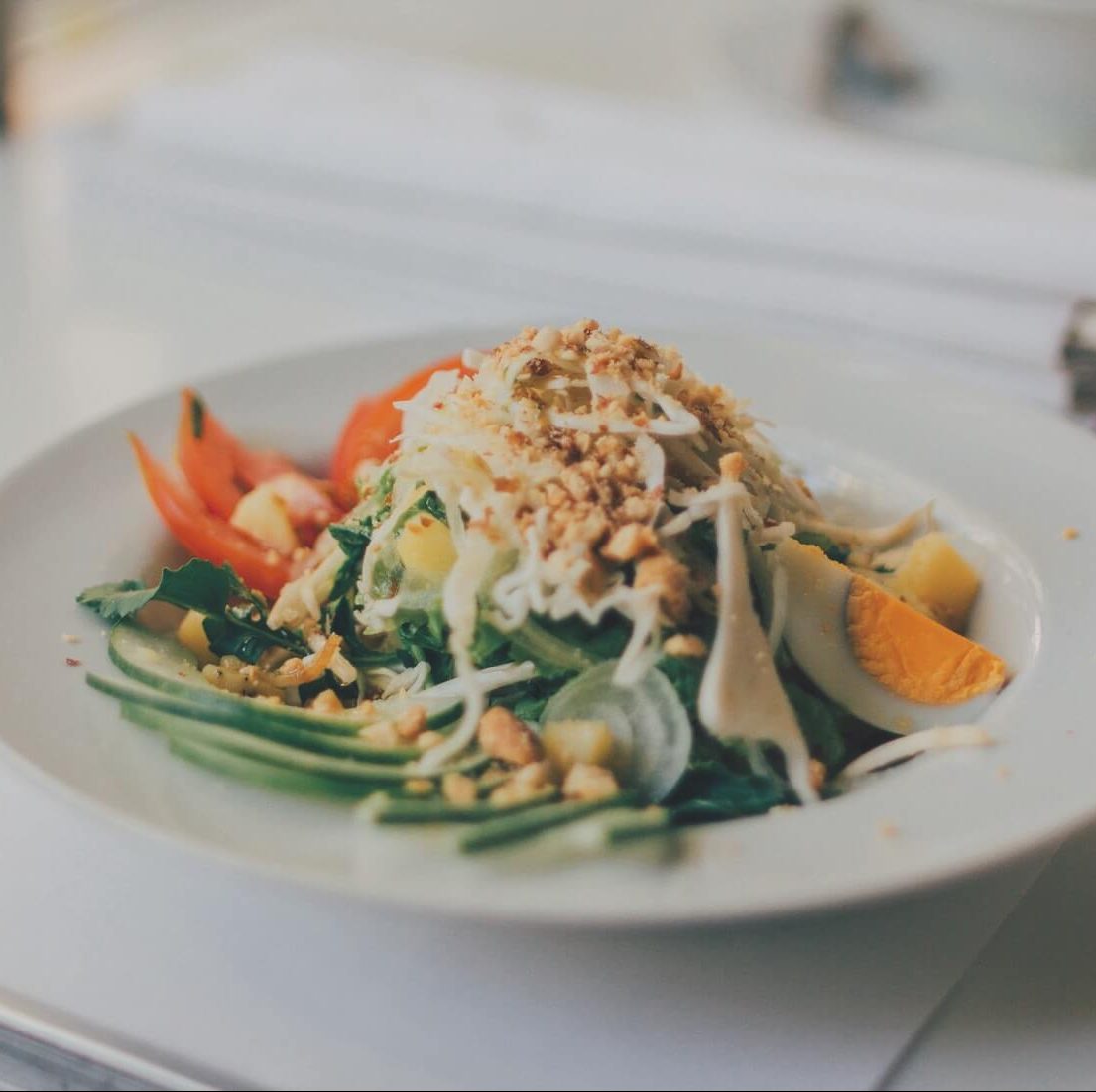 The intersection of diet and SIBO

SIBO can impact anyone and is not a condition exclusive to vegans. “Because of the multitude of causation factors, all dietary groups can experience SIBO. Carnivore, paleo, vegetarian and vegans are not immune from the condition. It is not a vegan diet specific condition,” Hammett says.

However, after being diagnosed with SIBO, many people – including former vegans – begin eating less plant-based foods and more animal products.

“The reason that it is so problematic for vegans is that the bacteria that contribute to SIBO feed off of fibre, so unlike other dietary patterns that have smaller amounts of fibre, the vegan diet can often fuel the SIBO,” Hammett explained.

It may be a confusing idea given the well-documented benefits of fiber-rich diets. Academic medical practice and research center Mayo Clinic explains that dietary fiber – found especially in fruits, vegetables, whole grains, and legumes – helps to manage bowel movements and weight, also reducing the risk of developing diabetes, heart disease, and cancer.

Hammett explained that upon developing SIBO, it is not uncommon to experience other gut issues like oxalates, histamine, salicylate, or sulphur problems. “When this happens it makes it incredibly difficult to maintain a vegan diet because the person can become highly sensitive to many plant based foods,” he said.

“This can lead the person to eliminate more and more foods from their diet to control symptoms leading to weight loss and nutritional deficiencies,” he added. “Inevitably when this occurs the person can become backed into a corner with no option or alternative than to eat meat, dairy and eggs.”

Other people choose to eat more animal products due to the belief that a lot of plant-based foods can worsen the condition – for instance, the Low FODMAP diet highlights a variety of vegan foods that should be avoided. Some believe that eating non-vegan foods will allow them to have more variety and not be confined to a restrictive diet.

Can You Be Vegan With SIBO? 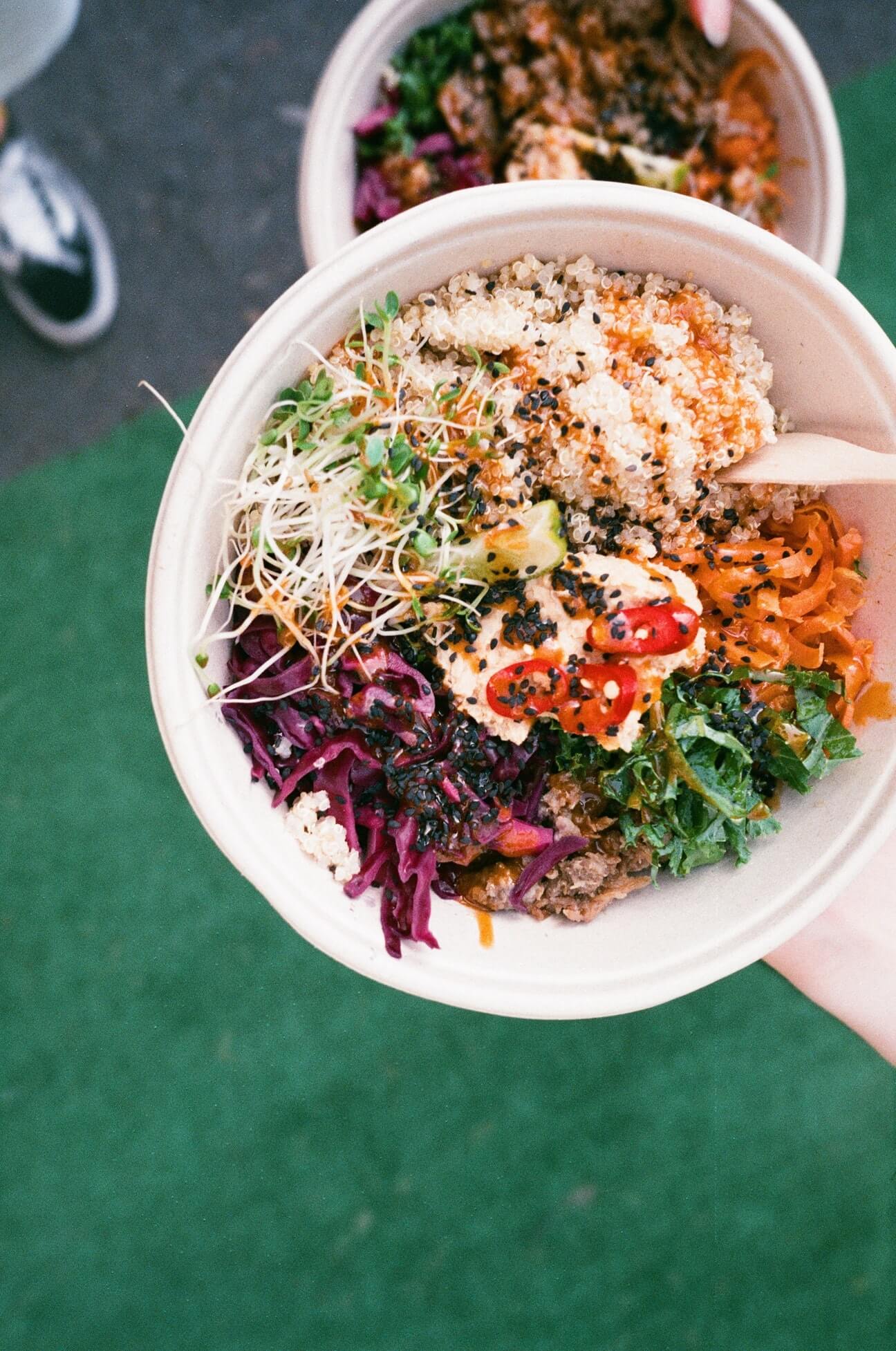 Vegans can thrive with SIBO

But is it possible to manage SIBO with plant-based foods?

A vegan diet can be extremely beneficial for those diagnosed with SIBO, Dr. McDougall, a physician and nutrition expert who focuses on optimal health with plant-based eating, explains on his website.

Dr. McDougall highlights that not all bacteria are “dangerous and dirty.”

“Our intestinal tracts contain a complex and diverse society of disease-causing (pathogenic) and ‘friendly’ bacteria, referred to as our ‘microflora,'” he writes online.

He explains that “friendly” bacteria thrive on plant-based foods whilst pathogens prefer diets that lack plant foods and are rich in meat, dairy, and eggs.

“[W]hat we choose to eat determines the predominance of the bacteria species that will live in our gut,” he writes. “By switching from a diet based on animal foods and highly processed foods to a whole food, plant-based diet, you can suppress the growth of harmful bacteria and stimulate those that are beneficial.”

What Is the Best Treatment for SIBO? 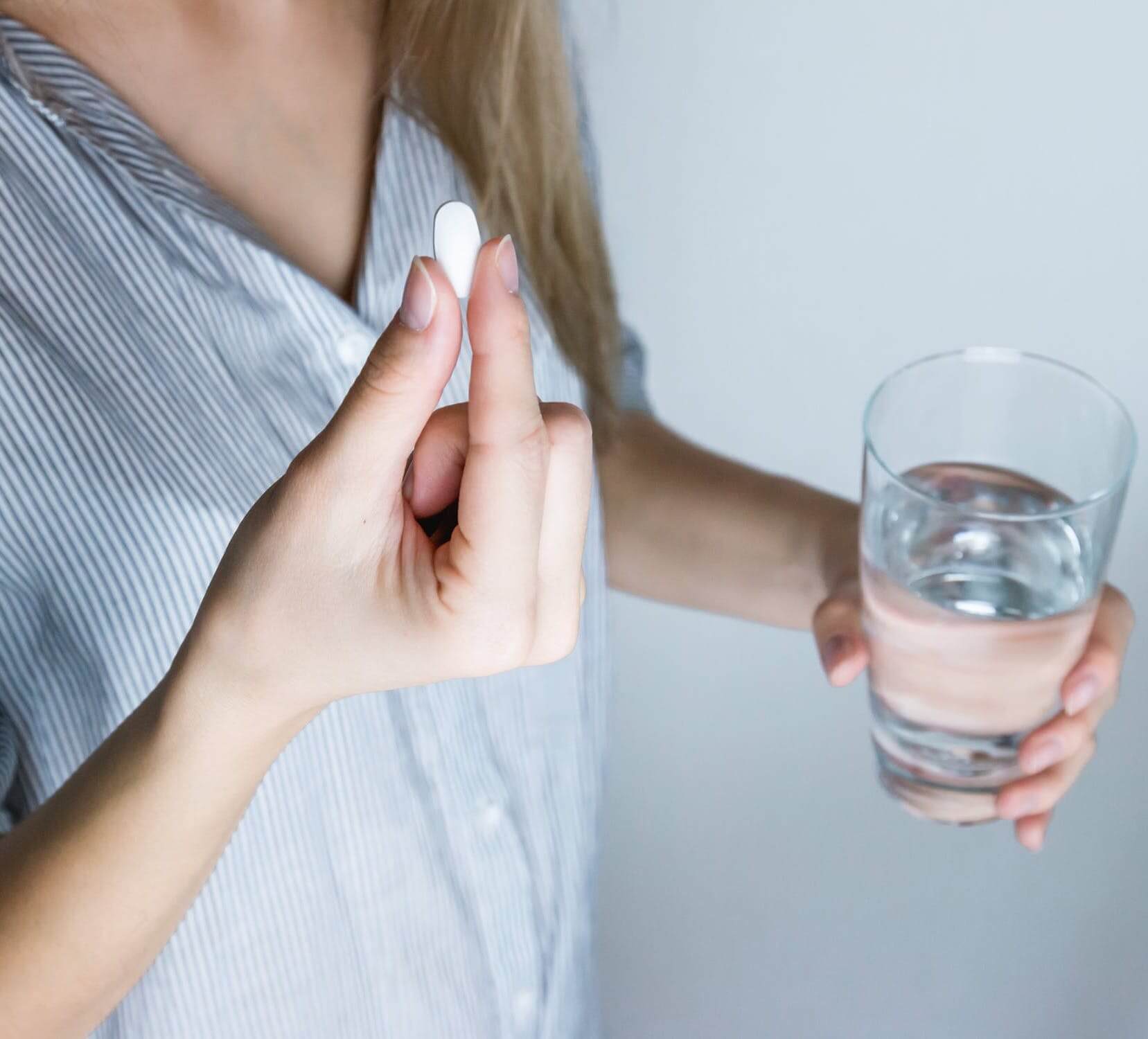 Treatment options will differ for everyone. For severe cases of SIBO, antibiotics like refaxamin may be prescribed. For some people, SIBO can be naturally treated with supplements and herbal antimicrobials like Oregano, Allicin, Berberine, Neem, and Cinnamon. And always be sure to see a doctor for conditions like diarrhea that persist for more than a few days.

Diet can also help to manage the condition.

A common diet for SIBO sufferers is the Low FODMAP diet. The diet was designed by a team of researchers at the Monash University and refers to Fermentable Oligosaccharides, Disaccharides, Monosaccharides, and Polyols. It details specific foods which may offset SIBO – or IBS – and encourages people to avoid such items.

The diet can reduce gas levels and other symptoms linked to SIBO, according to Dr. Ruscio. “It also reduces leaky gut, inflammation and histamine (a marker of immune activation in the gut),” he added.

His statements are backed up by research like a meta-anaylsis that found that the low FODMAP diet is effective for those experiencing digestive symptoms. Other research found that the diet improved symptoms of bloating, diarrhea, and flatulence for 50 to 80 percent of people studied.

Another natural treatment option is the Elemental Diet approach, Hammett explained. This option includes replacing meals with an elemental formula for a number of weeks to “starve off” the bacteria.

“Elemental formulas contain all the macro and micronutrients and vitamins and minerals to sustain life while not feeding the bacteria located in the small intestines,” he said.

Hammett reminds sufferers that even whilst employing treatments, finding the root cause of their SIBO is vital. “If this isn’t fully understood then the person can throw all of the antibiotics or herbal antimicrobials at the problem, but it will simply return in a matter of weeks or months,” he said.

What Foods Should Be Avoided With SIBO? 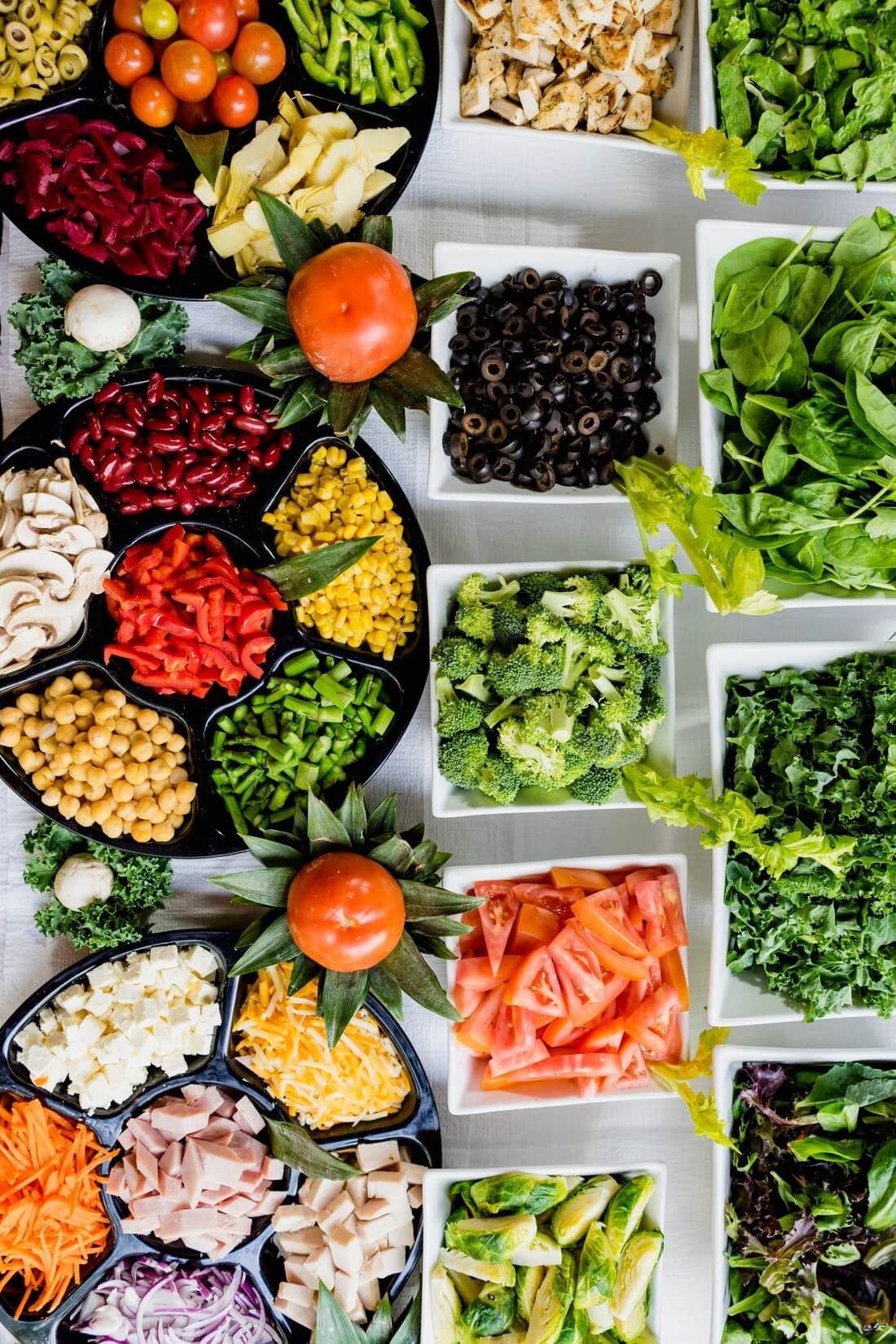 Some foods should be avoided on a SIBO diet

The Low FODMAP diet suggests avoiding oligosaccharides like wheat, rye, and garlic as well as some beans, peas, and chickpeas. Disaccharides – referring to lactose, which is found in dairy – are also not allowed (but dairy-free vegan milk is a good alternative).

Monosaccharides, referring to foods that contain fructose in excess of glucose, like apples and pears, should not be eaten, according to Low FODMAP backers. And polyols, a common cause of bloating and wind, are also not recommended. These foods include stone fruits like apricots and peaches and foods like celery and mushroom.

While the low FODMAP diet is a popular approach to managing SIBO, not everyone believes it is the most effective. Speaking about the Low FODMAP diet and the Specific Carbohydrate Diet, which also restricts carbohydrate intake, Dr. McDougall said, “The rules for these diets are very complicated, and thus, they are difficult to follow. Any benefits achieved, I believe, are simply due to patients paying closer attention to what they eat in general, resulting in the elimination of junk foods, such as cookies, cakes and candies.”

He points out that both the Specific Carbohydrate and the FODMAP diet allow cow’s milk, a “very common” cause of constipation. Dairy has been linked to a multitude of other health conditions, too.

“I would not promote the approaches of restricting specific carbohydrates even if they worked, because these diets continue to promote the consumption of animal foods and vegetable oils, and fail to emphasize the central importance of starch in the prevention and treatment of common Western diseases, including most bowel diseases,” he added.

In fact, Dr. Ruscio doesn’t support the avoidance of certain foods for treating SIBO at all. “Listen to your body to find the foods that work best for you,” he said.

If you believe you have SIBO, it is recommended to seek the advice of a medical professional.