Manchu Wok customers can choose the type of sauce, veg, and protein — now including Sol Foods vegan chicken — to add to their stir-fry. Manchu Wok has 75 restaurants in Canada.

“We are excited to announce that Manchu Wok will now have a plant-powered stir fry,” says Sol Cuisine on Facebook. “Featuring our Sol Cuisine Chik’n Strips available for purchase at Manchu Wok’s across Canada.”

“Plant based alternatives have so many environmental and health benefits over the traditional animal based food systems,” says Dror Balshine, President of Sol Cuisine.

“I can’t think of anything more exciting than helping people add alternatives to their diets,” adds Balshine. “Or providing many food choices to our valued plant focused customers.” 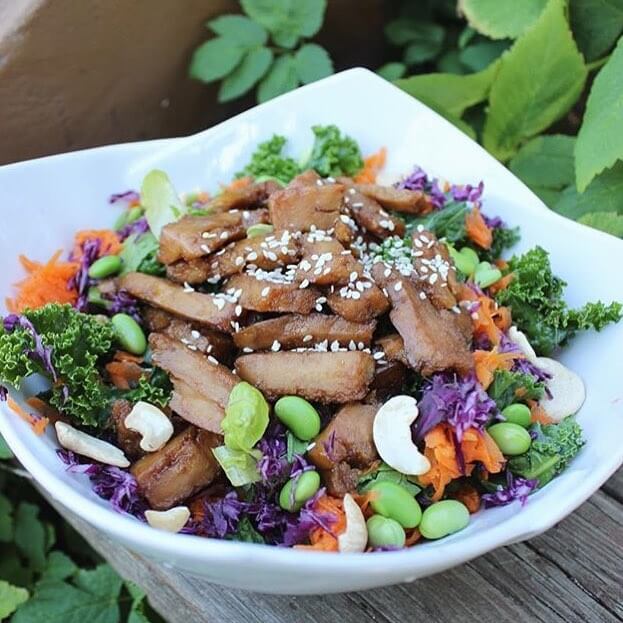 Previously, the only vegan items available at Manchu Wok were steamed rice and mixed vegetables. The addition of a new, plant-based protein is most likely a concession to the recent rise in demand for vegan food.

At least 6.4 million Canadians mindfully limit their meat consumption, according to a 2018 study from Dalhousie University in Halifax and the University of Guelph in Ontario. Manchu Wok is the latest company to utilize the increasing demand for Canadian vegan restaurants.

“No matter where you are or who you are, you have to eat and we are seeing more and more changes in the way people eat in Canada,” says Dr. Simon Somogyi, College of Business and Economics.

Research indicates that adopting a vegan diet is one of the most effective ways for individuals to mitigate the danger of climate change. Going vegan has been linked with a reduction in the risk of certain cancers and heart disease.

“By 2050, there will be more than 10 billion people on the planet,” explains Somogyi. “While people will still be eating animal protein, plant-based proteins that are more sustainably produced are a credible alternative.”

Manchu Wok is serving plant-based chicken at all 75 Canadian locations.